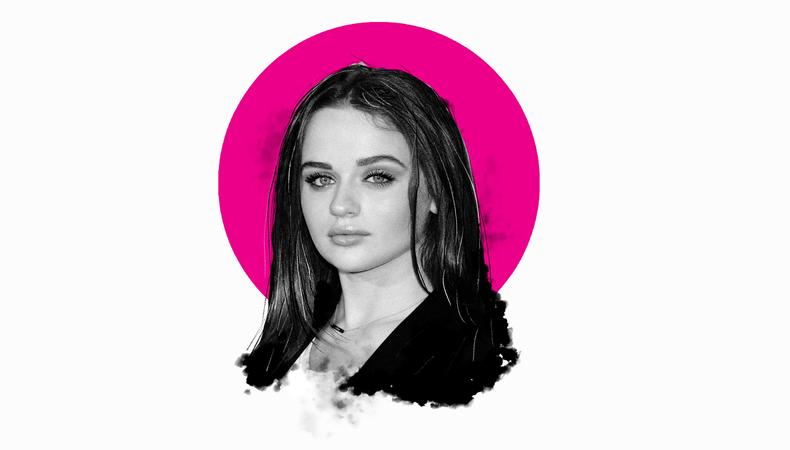 Joey King has had a pretty stellar year. Between starring roles in Netflix’s hit original film “The Kissing Booth,” zeitgeist-y horror flick “Slender Man,” and the upcoming “Summer ’03”—in which King plays Jamie, a teenage girl navigating the trials of adolescent love and sexuality in the wake of her grandmother’s death—the 19-year-old reflects on the foundations of her blossoming career.

You play teenage characters exploring young love in both “The Kissing Booth” and “Summer ’03.” Do you see any similarities between Elle and Jamie?
The difference between Jamie and Elle is that Elle is more this girl who’s really insecure, coming into her own body, and is super innocent. Jamie is also pretty innocent when we meet her, but she has some snark, some wit, some sass and attitude to her that’s a little bit different than Elle. It comes off in a little bit of a brash way when you first meet Jamie. [“Summer ’03”] is a bit more raunchy than “The Kissing Booth.” I do think “The Kissing Booth” audience will enjoy this. What I love about “Summer ’03” is it is a comedy without being super peppy. It’s dramatic, it’s funny, it’s raunchy, and weird.

What has your latest role in “Summer ’03” added to your acting skills?
With “Summer ’03,” we had an amazing director in Becca Gleason. I love working with female directors. I learned so much from her in looking at a younger lady and watching her take charge and make her dream come true and direct this movie like a total badass. She wrote Jamie with so much life and love. I really was in awe of Becca because she [also] wrote [the film], and the way she translated her own words to the screen—I hope one day I can direct a film as well as she did.

Considering your new role as producer with your upcoming film, “The In Between,” you’re on your way.
I’ve been in this industry for such a long time, but there are always so many new things to learn and so many new things to tackle and experience. A lot of the time when you’re an actor, you don’t see how much labor it takes to get a film made. You hear about it, you know about it, but you don’t see it. Being able to be behind the scenes, going out and pitching it and selling it was incredible. It’s so much fun—but so much work.

How do you keep from burning out?
I don’t know! I love it, though. I feed off of the energy. I have been acting for 15 years and it never gets old.

Are you one of those actors who brings the life of their characters home with them every day?
For each role it’s different, but what I try and do for myself—and this isn’t because it’s better, because every actor has their own process—but why I love what I do so much is because I make sure I put my mental health first. When I play these characters, a lot of them are dark, a lot of them have troubles and disturbing history. I try not to take that home with me. When I’m on set, I’m professional, but I want to make sure I’m having fun no matter what kind of character I’m playing. When you take certain characters home with you every night, it’s going to hurt you. There might come a time when I play a character that might be really hard for me that I might need to bring home with me. I’m a pretty light-hearted person in real life, and I want to maintain that. I try to leave the character in the trailer when I take my wardrobe off at the end of the day.

Over those 15 years, do any terrible audition stories stick out?
Oh, my god, absolutely. A lot of the time, when I think I’ve tanked it, I haven’t. When I went into the audition for “Fargo,” I thought I was terrible. I was so insecure [and] scared afterward. I was so sad. Then I got the call, like, “They loved you. You were the only choice.” I got in my own head. Instead of focusing on how I was performing, I think I was focusing on how [nervous I was]. Apparently it didn’t translate, which is great.

How do you typically prepare for an audition?
Every audition is different. I love auditioning because it’s such a great way to keep practicing your craft. Some people are like, “Oh, my god, I hate auditioning.” I understand why people would say that, because it’s stressful and it’s pretty disappointing when you go in and you get [told] no a lot. For every 65 auditions you go on, one will be the one that you get. But auditioning is fun, and you go in and you’re always getting better and you’re always doing yourself a service by doing it. I like going out for different kinds of characters. One character, I might want to [prepare by sitting] in my room for a couple hours and really dive in, or another character I might want to do research on the computer.
I don’t want to have a regimen that I can’t change.

At the end of “The Kissing Booth,” you ride off on a motorcycle. Did you learn how to ride? What special skills do you have listed on your résumé?
They tried to teach me! The problem was, the bike was made for someone Jacob [Elordi]’s size. I would never in any world be able to drive a bike that big. I was on a rig in that scene. [But] I can solve a Rubik’s Cube in a minute and 30 seconds. I used to be able to skateboard pretty well, but I stopped practicing. It’s always fun when a character has a special skill that I haven’t acquired and I have to learn it. For “The Kissing Booth,” I also did Dance Dance Revolution practice.