How to Book a Horror Film, According to 4 Pros Who Cast Them 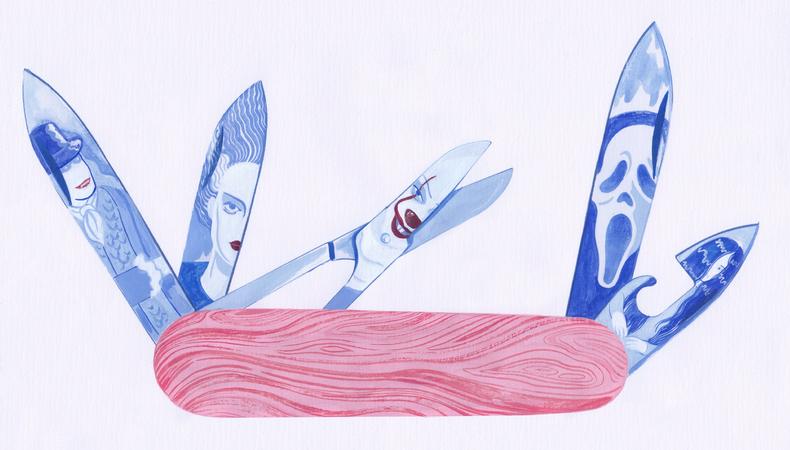 It’s part of an actor’s job to be versatile. But when it comes to genre acting, there are more specific demands that must be met. While some basic audition rules and etiquette will always apply, you might need some extra skills or special tricks to prove you can immerse yourself in the subject matter, and the audition room only allows for a short time for you to show them off. This holds especially true for horror auditions. The emotional range required and the suspenseful, sometimes violent elements of the genre require you to show all you’ve got when you’re in the room. Below, casting directors, actors, and filmmakers offer their best advice for getting cast. These tips will help next time you need to prove you can be more than just a scream queen (or king) to land the role.

Horror films are often opportunities for fresh talent.
“Sometimes, comedians and funny people are really good at horror. The fact that you don’t have to rely on a star name to get a horror film off the ground gives everyone a step up. You can get a bigger part than you’re used to.” —Kelly Wagner, actor

Use your fear.
“Auditions are nerve-wracking, so channel that energy into your character. It’s easy to convey fear when you’re already feeling it. Not to mention that a good blood-curdling scream releases tension and helps vent frustration. Relish it!” —Lana Veenker, casting director

Make the project’s world believable in the room. (You don’t need props!)
“I really respect actors who are able to come in and create this entire world through just their performance, [and] I’m getting scared just by watching them. They’re doing this in an audition room where there’s no blood or guns or witches or anything like that. The ones who are able to do it well are really able to execute that in a role.” —Rich Delia, casting director

Believe the world the character lives in.
“It’s always important to immerse yourself in the world of the story, and even more critical in genre films and television. The situations and characters may be so outlandish that it’s essential to truly invest and believe in them in order for the audience to come along for the ride. No matter how over-the-top the script is, dig deep to find your character’s underlying objectives, hopes, fears, strengths, and weaknesses, so that your performance remains rooted in authenticity.” —LV

Horror requires being emotionally nimble while performing.
“You have to basically be able to hit emotions on a dime. We need to be able to see in an audition or a callback that an actor can hit that, because it’s a different thing than rehearsing for a play, having rehearsals, and warming up to these emotions. You need to have a different skill set and be able to hit extremes really quickly. I’m looking for actors who have that bag of tricks.” —Matt Newton, filmmaker and actor

Don’t give away the ending, even to people who know it.
“Thriller, horror, and supernatural narratives rely heavily on surprise and suspense, so avoid playing the end of the scene at the beginning or telegraphing what’s going to happen next. Allow your character (hence, the audience) to discover as they go along. Is your character the red herring? Don’t give it away by acting suspiciously. Does your character expect a knife-wielding maniac to attack her as she gets into her car? Unless it says so in the script, allow your character to be taken by surprise.” —LV

Ready to get to work? Check out Backstage’s horror film listings!

Elyse Roth
Elyse is a senior editor at Backstage, where she oversees all casting news and features content, including her weekly casting director Q&A series, In the Room. She came to New York from Ohio by way of Northwestern University, where she studied journalism, and now lives in Brooklyn. She might see and write about awards-worthy films, but Elyse still thinks “Legally Blonde” is a perfect movie and on any given night is probably taking in some kind of entertainment, whether it’s comedy, theater, ballet, or figuring out what show to binge next.
END_OF_DOCUMENT_TOKEN_TO_BE_REPLACED