How to Book a Role on Broadway Without Any Vocal Training 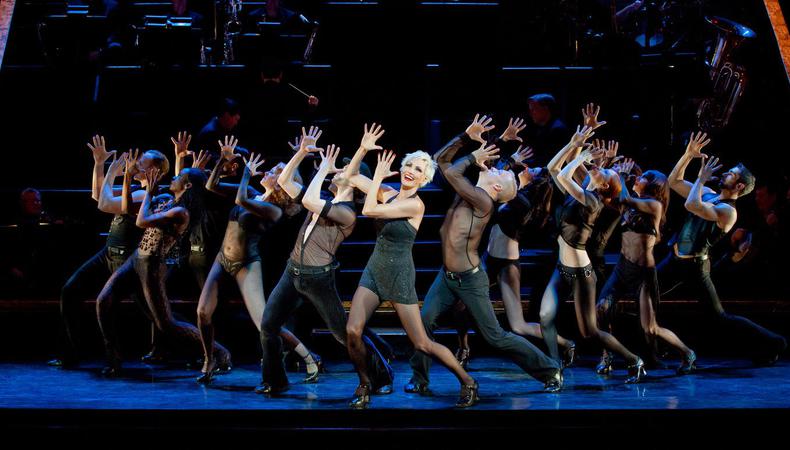 It had been 10 years since Leigh-Ann Esty had sung (barring some legendary karaoke nights) when she was cast as Rosalia in Jerome Robbins’ “West Side Story Suite” at Miami City Ballet. Two years later, the tour of “An American in Paris,” which her twin sister, Sara, was leading as Lise, was in search of an alternate. “We just wish we could clone you,” the tour’s casting director said to Sara. “Well, I do have an identical twin,” she replied.

Leigh-Ann prepared for the audition by singing “The Man I Love” alone in her apartment while listening to recordings of her sister. “I hoped they would see I was a strong enough dancer, and since I could at least carry a tune, they could work with me on the rest,” Leigh-Ann says. “Obviously it was passable.” She booked the tour.

Ideally, dancers have ample opportunity for vocal training. As Broadway’s go-to vocal coach Liz Caplan says, “There aren’t shortcuts, short of luck, to be prepared for Broadway-caliber singing.” But for a myriad of reasons (namely lack of time and money) regular lessons aren’t always possible. We asked a handful of experts how much vocal training you really need—and how some dancers have managed to book Broadway without much training at all.

The show can afford to have weaker singers.
In the golden age of Broadway, musicals had a full singing ensemble and a separate dancing ensemble. In the face of budget cuts and shifting styles, the theater world has since had to narrow things down. “For shows like ‘Chicago’ or ‘Hadestown,’ the ensemble is quite small,” casting director Benton Whitley says. “We need everyone to be able to both sing and dance because the ensemble is where we pull our understudies from.” Dancier shows—particularly those that incorporate ballet and cast with a dance-first focus—don’t always require as much vocal experience.

Casting directors see potential and a good work ethic in you.
Every so often, dancers with natural talent, innate pitch accuracy, and a willingness to practice may book work, even without years of vocal training. That being said, it’s likely they’ll eventually end up in voice lessons, regardless. Once Leigh-Ann Esty began rehearsals for “An American in Paris,” she quickly discovered there was a sharp learning curve. “I was surrounded by people with proper musical theater experience,” she says. “I needed to step it up.” Now that her run of the show is over and she has moved on to other Broadway projects, she takes regular voice lessons.

You should probably try to get some training. Here’s how to boost your singing without breaking the bank, according to Caplan:

Take voice lessons when you can.
“Even if you trained twice a month and recorded your sessions, you would hear forward movement in your abilities with regimented practice,” she says.

Take advantage of online training.
Download accompaniment tracks online to practice your songs. The new Harmony Helper app allows artists to prepare for their next audition without needing an accompanist. Caplan also has a vocal coach app that provides tips on preparing for an audition, foods to avoid prior to singing, a breathing series, and vocal exercises.

Look for mid-level voice coaches.
Research well-respected teachers in your area and request to take lessons with associates who work under them at a lower cost.

Seek out community or church singing opportunities.
But know local groups can’t stand alone as vocal education. “Singing in a local choir would certainly stretch your vocal abilities, but would not prepare you for solo singing,” Caplan says.