How to Crowdfund a Movie 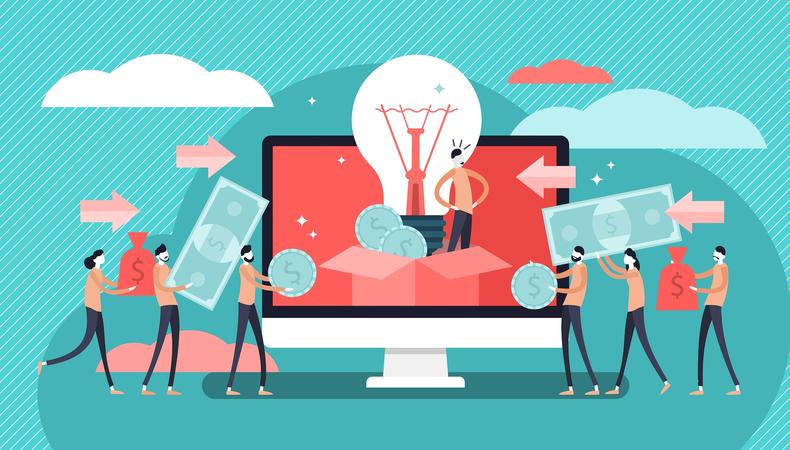 When making a film, the director, actors, sound engineers, and producers all have to collaborate to create it; their failure to form a cohesive team will lead to the project’s failure. Similarly, running a crowdfunding campaign includes several moving parts at once—each of which need to be attended to in pre-launch in order to get a community excited about a project and create a goal-smashing campaign.

During my time as a crowdfunding consultant at Daly, I worked with filmmakers like Gary Hustwit (“RAMS,” “Helvetica,” “Objectified,” “Urbanized”), Mary Recine (“Joan Didion: The Center Will Not Hold”), and more creators in the product design and publishing worlds to successfully launch projects via crowdfunding. I’ve also watched the crowdfunding landscape shift and evolve in new and exciting ways, and other ways that have made crowdfunding for film projects more challenging. I’ve seen it all, and I’m here to offer my best advice for running a killer crowdfunding campaign for your film.

How does crowdfunding work?

Crowdfunding is defined as “the practice of funding a project or venture by raising many small amounts of money from a large number of people, typically via the Internet” (per Forbes). Today, several versions of crowdfunding are available online, like rewards-based and equity campaigns. For the purpose of this piece, I’ll be referring to rewards-based crowdfunding—giving money to a project in exchange for an experience, service, or product.

At the turn of the century, crowdfunding as we know it today launched as a way for artists, designers, musicians, and more to get money for actualizing their projects—overcoming a barrier often faced by the creative community. With the emergence of popular platforms like Kickstarter and Indiegogo, the rewards-based crowdfunding world blew up. Creators of all types realized that with a great idea, a strong message, and the power of a community, they could bring their projects to life.

How has crowdfunding changed over the years?

Like many things living in the digital world, the crowdfunding landscape has changed drastically since its start. Nowadays, you need to do more than just hit launch and get a few press features to reach your funding goal. With the amount of projects going live on crowdfunding platforms, the fact that you’re running a campaign is becoming less and less newsworthy.

For the success of your campaign, your efforts should be focused on preparing everything ahead of launch—primarily, finding your community ahead of time and making them aware that you’re creating something new and exciting just for them! You should employ strategic efforts to find your community, stand out from the crowd, tell a compelling story, and show your project in the best light. There are three steps to help make that happen:

How to successfully crowdfund your project

1. Hone in on your community

Running a crowdfunding campaign is about getting a group of people excited about a project—grabbing their attention upfront, and relating to them so they’ll want to support you. To make that happen, you need to start by finding like-minded people who have a common interest in what you’re creating.

So how do you create a community online ahead of your launch? When it comes to crowdfunding, it’s all about having a solid email list to share your project with via newsletters—on launch day, all your subscribers will not only get notified, but will also have a link to click on that will bring them straight to your campaign page so they can donate. What’s more, those launch day donations will be key to setting you up for a successful campaign.

To build your newsletter’s reach:

Having a mailing list to launch to will be one of the most important things to set you up for a successful campaign. Find your community upfront, expand it, and have a plan to share your project with the world.

2. Invite your audience into your project

In rewards-based crowdfunding, you’ll be offering potential backers something in exchange for their support. If you’re running a campaign for a film, the most obvious reward will be a copy of the film once it’s finished. However, you should also think of some special, out-of-the-box ideas that you can offer backers to get them excited about—and involved in—your project.

A great part about running a crowdfunding campaign is getting to have people deeply involved in what you’re creating. When backers donate to your campaign, they’re joining your team and helping make it happen before anyone else. So, try to think of ways you can give them exclusive access through your rewards, like:

Of course, each project will vary in what you’re actually able to offer, so make sure you’re not over-committing. To start, it’s always good practice to offer whatever you’re creating at a discounted rate, to increase urgency and also thank your early adopters. From there, think of anything else limited and exclusive that backers won’t be able to get anywhere else so that they’ll feel enticed to back your campaign right away.

3. Look professional and stand out

If you don’t look professional, backers are going to notice and think you’re not taking your project seriously. Presentation is a huge part of your campaign page, especially when your main form of contact with an audience is through a screen—which should sound familiar if you’re used to working in the film world!

Let’s start by digging into things you should prioritize in order to get your campaign page looking and sounding professional. First, you have to be straightforward and concise. Your project title and tagline should be your “elevator pitch”—how would you describe your project in one line to someone who has no idea what you’re doing? Then, answer the important questions in your page: what you’re creating, why you’re creating it, and especially, how it’s different from anything else. Your campaign will be in a sea of other film projects, so make sure you stand out from the rest. Finally, have a friend or coworker read your copy to catch any mistakes, and check for consistency in your messaging.

Your visuals are also key. If you’re using stills from your film, make sure they’re clear and paint your cinematography in the best light. To liven up your page, include graphics throughout that share unique information, a timeline of your project, or anything else that can break up your text. Hire a designer or ask a friend for a favor so that your graphics don’t look like a mess—it’s easy to go wrong here.

And lastly, be open about your process, state of the project, and why you’re coming to crowdfunding. It’s important to be transparent with your backers, so you can gain their trust—it’s not easy to give your money to a complete stranger! Sharing what you have completed along with your clear plan of action will reassure potential backers, and make them see how dedicated you are.

A project video isn’t required to run a campaign, but I would strongly encourage you upload one. Plus, you (hopefully) already have footage from your film to use! Here are a few other things to keep in mind on the video side:

The most important thing you can do for your campaign is to make sure it stands out from the rest. You have a unique voice, and it’s important to make sure that shines through in all your messaging—page, video, and beyond. Tell your audience a story that feels exciting, novel, or even relatable. Show them why your project is worthwhile.

One of the best things about the crowdfunding world is that it’s constantly evolving. More and more campaigns are launched every day, and even though it can be a tough process, there are still plenty of projects out there worth launching—and more importantly, people who want to see those projects succeed.

While it’s true that launching a campaign may require a bit more work, and a bit more people upfront, putting in that extra time will certainly pay off in the long run. So buckle down, strategically build out your campaign, and hit launch—you’ll have a whole new team of people on the other side waiting to join you and bring your project to life.