How to Deconstruct Stephen Sondheim (With Sets) 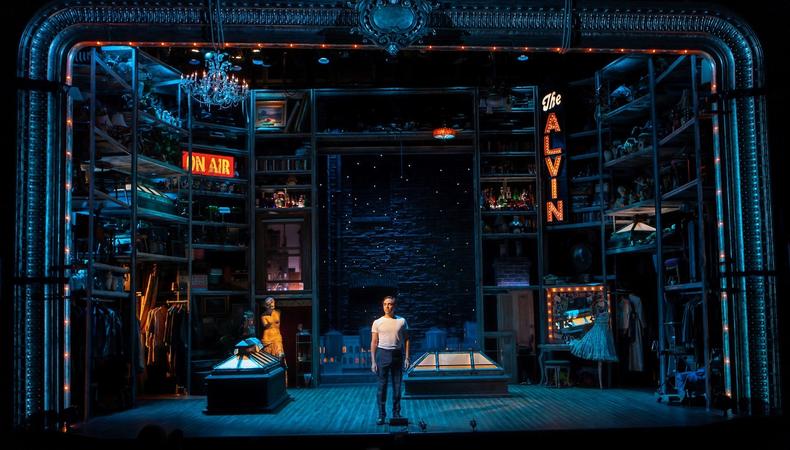 How do you take a Stephen Sondheim classic and give it a “deconstructed aesthetic” that’s both functional and conducive to the storytelling? Derek McLane, scenic designer for Roundabout and Fiasco Theater’s “Merrily We Roll Along” (running through April 7), can tell you. The Broadway vet, who has over three dozen Main Stem credits to his name, chats with Backstage about the push and pull of utility and design, and the consideration he gives actors in his process.

How would you describe the role of scenic designer?
I’m the guy who designs the set that appears onstage. Put another way, I design the physical world of the play. One of the more inspirational descriptions I’ve heard of the job was when I was studying set design with Ming Cho Lee. On our first day of class, he described designers as the people who make pictures from words, which I’ve always loved.

Does the scenic designer work closely with the director?
Very much so. The fun thing about set design is not only is it about what it looks like, but it’s also so much about how the show functions. Is the set going to be literal or realistic or very abstract? Is it going to be something where nothing ever moves, or is it going to have moving parts? And if the parts move, are we going to see the actors move them or are they moved by magic? All of those things not only affect how it looks, but affect the overall style of the show. A lot of those early meetings with the director are brainstorming those things. What kind of show do we want it to be? What kind of show did the director dream about for this? What are the implications of those decisions? How clearly does it need to tell the story? What do they need to understand right away or what do they need to discover as the story goes along?

What is unique about this ‘Merrily’ compared to other productions you’ve done?
This play has a lot of different scenes in different places and different time periods. The show starts in 1980 and finishes in 1957. Each scene moves backward in time and dissects the relationship of these three characters. The question was: How do we come up with a space that encompasses the deconstructed aesthetic and yet can also deliver all these different time periods and locations with a lot of moving pieces that’s also in a tiny theater? We have a few scene changes in the show, but it’s really mostly done with lighting. The image to the set is this sort of warehouse, and you might look at it and think [it’s] theatrical prop storage because it looks like that and has some costumes. It sounds a little corny, but it’s got all these pieces from different scenes and different moments in the characters’ lives.

How does your work as a scenic designer affect actors?
As I’m designing, I’m always asking how an actor is going to [maneuver this]. Actors usually need spaces more than just images. Images are important and images can be fantastic onstage, but you also need to create a space that has a certain amount of reality to it, either in the way objects are arranged or in the objects themselves so that they’re not out there just miming. Now, in some plays, that’s completely straightforward. If you do a realistic set, that stuff ends up taking care of itself. The other thing I try to keep an eye out for is things that feel pretentious, because that can undermine an actor’s performance—a pretentiousness in design, something that is so willfully obscure as to send an audience on a wild goose chase. The audience doesn’t need to totally understand it, but they can’t not understand it. If it’s pretty enough or it’s evocative or emotional enough in a way that helps the story, then maybe the audience doesn’t need to totally, consciously understand it. But if it’s downright confusing, that’s a problem for the story and for the actors.

READ: How to Audition With Sondheim

Is your design process a collaboration with actors at all?
I don’t really collaborate with the actors about the overall design idea, but I share it with them and I am very interested in character things. For example, I’m designing [this season’s] ‘Burn This’ on Broadway, and yesterday I went to a table read with the actors where they were just sitting at a table talking about the show. It wasn’t really a rehearsal. I brought the model with me to show them and we talked about it and we talked about the furniture and the props, which is really a character thing, because the set for that play is their apartment, so in a way it’s a little like doing the costumes for a show like that. You need to talk to the actors about what they imagine, what kind of show they think they might have. I have an opinion about it, but I also want to hear their thoughts about it because it just doesn’t make sense to try and force it. It has to ultimately feel personal to them. They’re performing it and it’s meant to feel like their home.

What advice would you give someone who wants to get into scenic design?
It’s not an easy profession. It’s a profession that pushes most people into periods of unemployment, especially when they’re starting out with very low pay. You can only do it when you feel like you must do it, which was how I felt. The other thing is to study drawing as much as possible. Drawing and painting, art skills. Various computer programs like Photoshop are invaluable, but learning to draw by hand, there’s nothing like it. The immediacy of being able to talk and draw, it’s a thing I use every day and I don’t consider myself a fine artist, but I’m certainly good enough to communicate ideas very quickly. That’s hugely useful for any designer. I also think, at the end of the day, you get to the good design more quickly if you can draw it, and that probably makes you a better designer.

Casey Mink
Casey Mink is the senior staff writer at Backstage. When she's not writing about television, film, or theater, she is definitely somewhere watching it.
END_OF_DOCUMENT_TOKEN_TO_BE_REPLACED