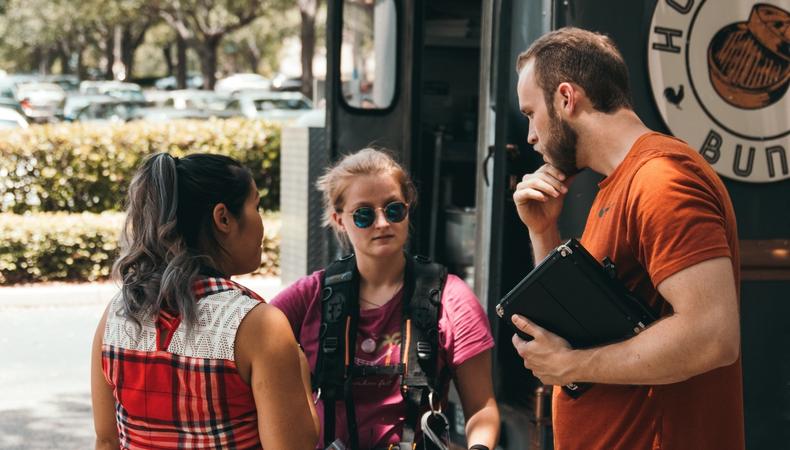 Your project’s success is based on many elements, but the perfect cast is a major one. The success of the talent you attract similarly depends on several elements, but you need to attract the right talent in the first place. The best way to do that is in your casting notice. Talent or character breakdowns in your notice might seem like something you can take a few minutes on and post while you get back to the more time-consuming aspects of your project. But if you hope to attract a good selection of talent that will fit your concept perfectly, it’s actually one of the more important elements in a great final product, and that’s not only true when finding actors for films, TV, and theater. Commercials, digital content, and other branded projects need to attract the appropriate talent as well. You want to provide candidates the information that will advertise your project in a way that makes them want to apply, but you don’t want to alienate them with too many details. Here, Backstage’s casting experts share what the perfect formula is (and what you shouldn’t do) when writing a breakdown that will attract great talent for your project, whatever it is.

Help the talent do their job.
Give the character a backstory. Actors can make up a good amount on their own but it never hurts to help them understand your vision this way. —Veronika Claghorn, Casting Account Manager

Remember that when writing a breakdown, you are seeking actors who can portray those traits in a character, but only include those that are necessary to the integrity of the production—adjectives describing how the character is feeling, comparisons to a “famous” person or role, etc. But again, don’t box yourself in completely. —Elijah Cornell, Casting Account Manager

The character description should include any required skills or traits and a little bit of detail on the character. Give the actor something to relate to so they want to be that character. You don’t have to detail the character’s entire storyline, but give actors a sense of who the character is and what qualities you’re looking for. Start the description with the things that an actor can’t change. If you need someone who is 6’0”, put that in the beginning so actors who don’t meet the requirement can quickly determine they aren’t a fit for the role. —Melinda Lowenstein, Managing Casting Editor

Think about the skills and emotions you know you’ll need to see from a performer on set and communicate it in your breakdown, rather than just a physical description. It doesn’t need to be long (two or three sentences is fine), but you want to give actors an idea of the character’s arc. —Christina Kleppinger, L.A. Casting Specialist

Be clear about what you’re looking for.
Read your script, read it again and make notes, get to know your characters, their nuances, what makes them tick, what motivates them, the relationships they hold with people. Decide the flexibility you have with physical parameters—do they have to be a certain gender, age, or ethnicity? Why? Most of all, be clear and transparent with the logistics of the project and what the actor can expect from their involvement. —Hannah Williams, UK Casting Specialist

Make your project appealing to actors by including all the information you can about what the project is and what will be required of the actor. The project breakdown should include relevant information like the company or product involved and a basic synopsis or logline of what you are trying to accomplish and how. Include any additional information that will make your project appealing. If you’re using a well-known director or producer, you should include that. —Melinda Lowenstein, Managing Casting Editor

Not sure where to find talent? Start here!

Avoid being too specific or too vague. Actors probably won’t read a character breakdown that’s five paragraphs long, but just saying that you need a “5’5” blonde” probably won’t attract their attention either. Figure out what you think the most compelling traits are about your character and use that to summarize what you’re looking for. (“She’s average height, blonde, and if her smile doesn’t knock you out, her roundhouse kick might.”) —Gillian Heller, Casting Editor

Be short and to the point. You take your craft seriously and so do actors, but long-winded breakdowns and character descriptions that veer into diatribe territory can lose the attention of talent. Save that for conversations with talent during casting or while developing the character. —Dan Gelb, Casting Editor

Your breakdown should be intriguing, transparent, and concise. Think about the film synopses when you are scrolling through Netflix, they give you just enough information to engage you, but not so much that you get bored and start skimming. Good actors are the ones that read the breakdown carefully and decide they are a good fit; a good breakdown will easily facilitate this for them. Don’t be overly specific when you are writing role descriptions. Unless your storyline mandates a character to be a particular height or weight, it isn’t necessary to include these as a requirement. Don’t scare the perfect lead away because he was two inches shorter than you thought the role required. Similarly, remember that hair color, tattoos, piercings, birthmarks, etc can be faked. If your role requires actors to be fluent in another language, to be experienced with stunts, to have a driver’s license, to perform a sex scene, etc., do not make any assumptions! This information should be clearly laid out. Asking actors to confirm this info in their cover letter is a good way to avoid any confusion later in the casting process. —Katie Swabb, Casting Editor

Take time and put thought into your breakdowns.
Your breakdown is as important as your script for attracting talent. Give it the time and attention it deserves. A well-written breakdown will get more responses than just listing a character name and age range. —Lisa Hamill, Casting Editor