How To Handle Getting Cut Out of a Project 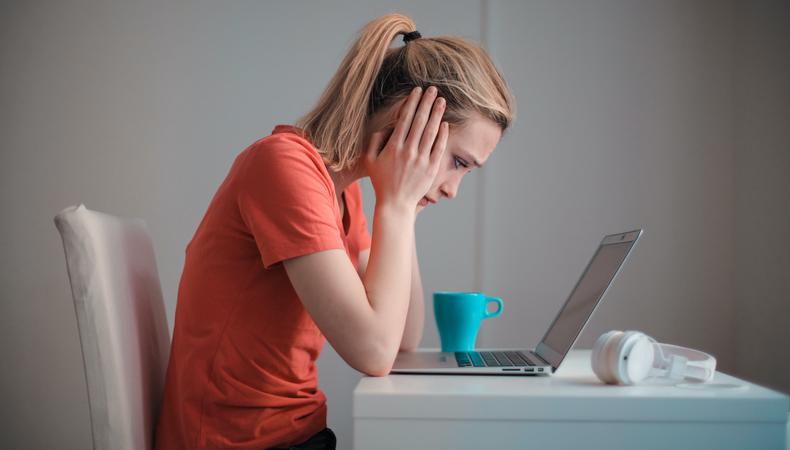 If you haven’t been here, congratulations. And also brace yourself because this could happen at any time. You gather all your friends to see your three-line exchange with that cool celebrity on the ninth episode of that hot new show. Your big moment approaches, and...you’re not in it. You’ve been cut right outta there! Ouch. Welp. No point in dwelling on it. Best to move on immediately. Gee thanks, Kate, but...how?

If you Google tips on how to cope with this inevitable shucks of a moment, the only thing you’ll find is advice on “how to ensure you don’t hit the cutting room floor.” An anachronism to be sure, as nearly everything is digital these days, but more troubling than that is the implication that you have control over this. What you’ll find in these articles is viable advice about nailing the technicalities of on-camera acting, but it’s highly unlikely that anything they list is the reason you got cut from a project. Simply stated, your moment just didn’t serve the story.

This has happened to me a number of times, the most recent being this past month when “Rutherford Falls” dropped all its episodes on Peacock. Listen closely during the third episode and you’ll hear my disembodied voice say, “Hi Nathan,” muffled in with other background noise, and a few moments later you’ll see my unfocused face on the far left of a reverse crowd shot. When I saw it, I’m pleased to say that I had no feelings about it at all. This is not because I have reached the peak of enlightenment and released all earthly desires. It’s more that I could see how little my exchange with Ed Helms served that scene. They’ve got a story to tell in 20-something minutes and they’ve got a function to achieve in that short scene. I absolutely agreed with the decision to cut out our exchange for the overall sake of the episode. Of course, I did have to let my family know, and they were far more bummed than I was, but to my mom’s shrewd question, “Did you still get the credit?” Yes.

Any time you book a show—even if you get cut out in a re-write and never make it to set—you have the right to the credit on your résumé. In that situation, it’s unlikely the credit will show up on IMDb, but you still can, with a clear conscious, list it on your résumé as evidence of a time when you delivered sufficient skill and talent as an actor to have been selected as the one person out of many to play a certain role. Own it, baby!

In the “Rutherford Falls” case in question the circumstance is even better, because fast forward to the end of the episode, and sure enough, you see (listed with about six other co-stars) “Cousin Karen: Kate Huffman.” (Yep. My last booking was to play a literal Karen. But not an actual Karen, as far as I could tell. There was no clear evidence of entitled racism in the script that I could find.)

So then, how can you recover from that fateful snip snip? Here are four tips for handling getting cut out of a project.

1. Above all else, remember that from day one of booking, that you’re a part of a MUCH bigger picture. In the most awesomest of scenarios, you’ll play a key role in a scene, exchange some fun moments with a series regular, and nab some great footage for your reel. However, since you’ve chosen a career where you have virtually zero control, choose instead to rejoice in the booking! Truly! That’s the hardest part of any of this work. We all know being on set is vacation. Working hard to get a booking or two, that’s our real job. And yes, it’s an unpaid job, but them’s the breaks, kids!

2. Have some sense of expectation. I knew in this case that my scene was small to begin with, so I was fully braced for the possibility of it being barely a moment. Turns out, it was a full non-moment, but still, I was ready for it. I initially had a several-line exchange with Ed Helms (woulda been great, right?), but the final shooting script was a quick line before being the butt of a joke.

3. It didn’t occur to me until I was comforting my mom about it that there were two young girls involved in that removed scene, as well. Suddenly, I got very sad for them. Their lines are completely gone, and they were reduced visually to the same crowded reverse shot as I was. I mean, look, maybe they’re highly successful actors starring in Disney shows, but if our scene was indeed one of their first experiences on set, then getting cut probably stings a lot more than it stung me. So that’s another technique—empathy! Or at least connection. Connect with every other actor who has seen themselves removed, one way or another, from a project. There are WAY more devastating losses than this one! I’ve seen friends cast in pilots but replaced after pick up. That definitely feels personal, even though it often isn’t.

4. Lastly, this goes for just about anything in life: Five years, five minutes. If in five years, you won’t remember it, it’s not worth being upset about for more than five minutes. I forgot about a lot of cut scenes until I sat down to write this article. I shared a high-speed action scene with Anne Heche in “Save Me,” but the show was canceled before my episode aired. (Also, it was just a race in a bride’s dress. But in my HEAD is was full action!) I never remember that disappointment, and in fact, I barely remember the job at all except for when I get the random 8???? foreign residuals check, which means I guess the “Save Me” full season is airing somewhere in some country?

In the entirety of your career, it’s just not important. Look ahead. Look forward to your next booking, and remember that you did your job. You impressed the casting office, you were approved by producers, you hit your marks on the day. All of it is a worthwhile experience that makes you a more viable actor in the future.

Smile. You’ve passed another initiation into this biz.

Kate Huffman
Kate Huffman is an award-winning actor/playwright and a certified body image coach. Her work in film, TV, and theater (“Fresh Off the Boat,” “Castle”) has won her an LA Weekly Theatre Award, Encore Producers Award, and several LADCC nominations. She’s written, performed, and directed sketch comedy at UCB, Second City, iO Chicago, and countless other venues. Her award-winning solo show, “I’m Too Fat for This Show,” has been seen in cities across the globe.
END_OF_DOCUMENT_TOKEN_TO_BE_REPLACED