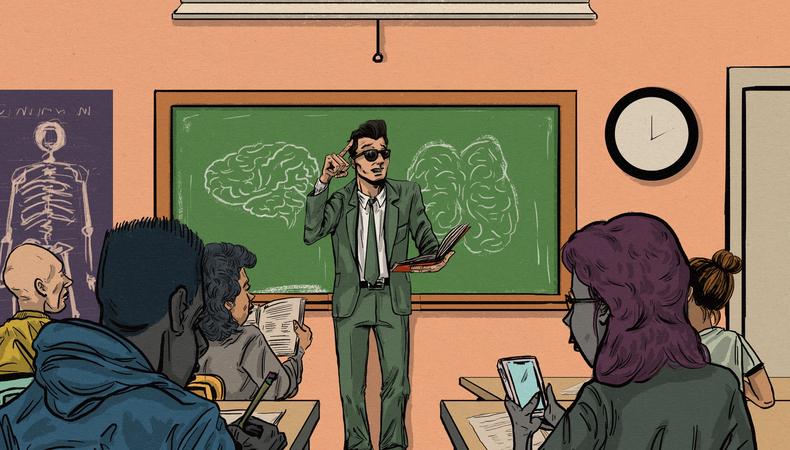 This week, we’re going to take a test. And by we, I of course mean you. The purpose of this test is to help actors understand how an agent’s mind works.

To begin, you wouldn’t believe how many submissions I receive. It feels like they pop up on my screen every few minutes. (Do the math. That’s a lot in an eight-hour day.) I spend most of my time wading through them so I can find the emails that need my immediate attention.

Below, I’ve pasted a submission that came in last week. I’ve changed a few things around to protect the sender’s identity, but the content is basically the same. And yes, this is the start of your test:

1. He’s been referred to you by a major casting director who believes the two of you would make a great team.

2. He just booked his first co-star role on “The Goldbergs.”

3. He studied physical comedy with the Moscow State Circus.

So call Jeffrey to set up a meeting today!

READ: How to Submit Yourself to an Agency

The point of this test is to understand my response to this particular submission. (And we’re going to ignore the fact that he refers to himself in the third person, which is one of the most annoying things an actor can do.) Instead, consider this: Of the three reasons listed, I only responded positively to one. Which is it?

Take five minutes. Think it over. Then read on.

Welcome back! Let’s break down my responses in order:

No. 1: This referral nonsense is total bullshit. Who is this mystery casting director? Why isn’t he using the person’s name? I feel insulted that this actor believes I would fall for such a blatant lie. Referrals cannot be anonymous. I need to know the name. Or better still, have the person call me. That way, I know the referral is real.

No. 2: I work with a fairly established client list, and while every booking should be applauded, telling me you just booked your first co-star role isn’t going to get much of a response. My suggestion would be to book a few more and then you can approach me by stating you’re ready to make the jump to guest stars. That shows momentum. And forward motion will always capture a rep’s eye.

No. 3: If you picked this one, you’re a winner, baby. Go treat yourself to something special. This is indeed the only part of Jeffrey’s pitch that I found intriguing. I mean, think about it. The dude studied clowning in Russia! What does that even mean? And why Russia? I have so many questions that need answering. And here’s another consideration: His headshot shows that Jeff is kind of a weird-looking guy with a face made for comedy, so there could be something there.

Long story short: Agents get inundated with submissions. The question is, how do you stand out? First, send me the best possible headshot that captures who you are at this point in time. Second, use a real referral from someone who will make an impression. And third, be different. Offer me something unique. Show me you’re not the same as the rest. Doing so won’t guarantee representation, but it might just get you in the door—and getting past doors is what this business is all about.