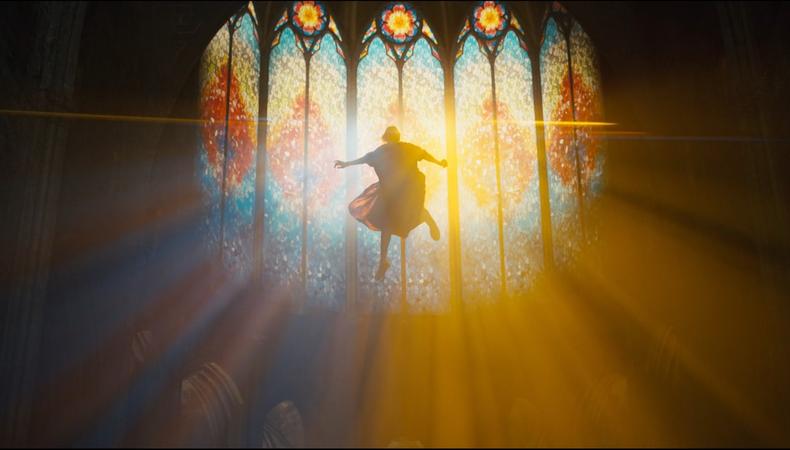 With 25 years of experience in the field, cinematographer Max Goldman has become something of a commercial legend. Here, he reflects on his time working with clients like Ralph Lauren, American Express, Under Armour, and Apple, and shares industry tips for aspiring DPs.

How did you first get started in commercials?

Music videos from the early ’90s really inspired me, and I got this idea that [shooting them] was something I wanted to do. There was a moment in the early 2000s when I was doing exclusively music videos, and then the bottom kind of dropped out of that industry. I started transitioning into commercials; it seemed like a good place to go from where I was.

What was the learning curve like for that transition?

It was steep. I thought I had to shoot a commercial like “a commercial.” What I should have done was just shoot things the way I wanted—come up with a concept or lighting scheme and try to make it look as cool and interesting as possible. But I felt like I had to make it look “the commercial way.” That worked against me, because commercials are an art form. People want them to feel and look original and artistic.

What did “like a commercial” mean to you, and how did you shake off that idea?

Commercials are about making things look shiny and sellable; that’s what I was programmed to think. I realized brands wanted their work to stand out from the crowd, to have a personality behind it. Back then, there were very few interesting directors in commercials, and they were looked at as industrial. But the world started getting more fluent in good imagery when the digital camera came along. The appetite for interesting, sophisticated moving imagery was growing immensely.

What advice would you give a DP who wants to transition into commercial cinematography?

You have to be really flexible; there are a lot of necessary skills [to learn], and [you need] the ability to light and lens almost every kind of setup. The commercial world is built on different needs. You have to be malleable but also stick to your instincts. Try to be in sync with why you were hired. Try to make it interesting for yourself, because if you don’t, it’ll get stale. I’m pretty unique to have been in the game for this long.

How do you keep up with evolving expectations in the commercial business?

In 25 years of doing it, you have times where you’re hot and everything’s going great, and times where you’re very insecure. If you’re not taking a risk every time you touch the camera, you might as well just be an accountant. You’re paid to try stuff, and people want you to expand their initial vision. Threading that needle of experimenting and also delivering is a very fine line. I’ve always tried to embrace new technology, embrace new ideas. That has allowed me to stay fresh and edgy and stay desired by the finicky, very young commercial world.

Casey Mink
Casey Mink is the senior staff writer at Backstage. When she's not writing about television, film, or theater, she is definitely somewhere watching it.
END_OF_DOCUMENT_TOKEN_TO_BE_REPLACED