How to Speak Confidently in an Audition 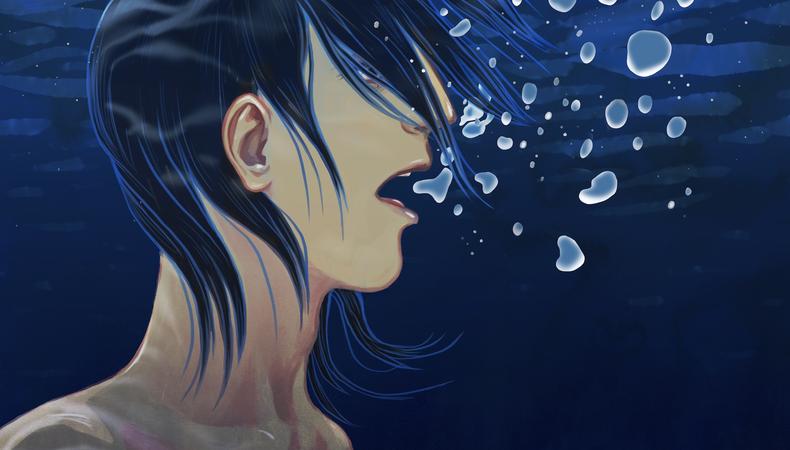 You’re ready for your audition. You’ve prepped. You’ve hired an acting coach. You’ve gotten a good night’s sleep. Then, you walk into the room, and your voice is nowhere to be found. That, or it sounds like a shaky version of your 8-year-old niece.

Do you get a lump in your throat and lose your voice at the most critical times? If you think you only need to do vocal exercises for a singing or voiceover audition, you couldn’t be more wrong!

Let’s get to the science of this first so we can better understand what’s going on anatomically. Speech pathologist Jackie Gartner-Schmidt explains in her June 2018 TEDx Talk that all humans have vocal cords that sit on top of our windpipes, right behind the Adam’s apple. “They do the very important work of preventing us from inhaling water into our lungs whenever we drink something,” Gartner-Schmidt explains. “In stressful situations, the muscles around the voice box and [those] inside the voice box react. They activate, and in some cases, they close altogether.” Her talk is about public speaking, but it translates easily into the work you do as an actor.

Here’s Gartner-Schmidt’s favorite exercise that you can do before your audition: Hold up your index finger a few inches from your mouth. As you exhale steadily, make a “wooooooo” noise as if you’re imitating a ghost for 5–10 seconds, waving your finger back and forth as you do. Doing this “deceptively simple exercise” a handful of times essentially relaxes the vocal cords.

READ: How to Develop Self-Confidence

Your voice and vocal tone are so important as an actor—and, frankly, in any situation; it’s another person’s first impression of you. Do you speak confidently, or are you gulping for breath and speaking in a high-pitched, quivering voice? Or maybe you’re guilty of uptalking, which is when you end your thoughts with an upward intonation, making statements sound like questions.

You can craft a very specific character with your voice and speech pattern. For the film “Us,” Lupita Nyong’o secretly worked on her voice to play Red, the malicious counterpart to her character Adelaide. Filmmaker Jordan Peele described the desired voice quality as “a voice that hadn’t been used in years,” and Nyong’o found unlikely inspiration when she heard Robert F. Kennedy Jr. speak. He has spasmodic dysphonia, a neurological disorder that causes involuntary spasms of the larynx. Learning about the disorder helped ground her eventual performance. When she finally revealed her acting choices, Peele—and audiences—were chilled to the bone.

Another extreme example of vocal quality is Theranos CEO Elizabeth Holmes. Take a look at the documentary “The Inventor” on HBO. When I first heard her voice, I thought it had been digitally altered. She has obviously heard that speaking in a low register will help her be taken seriously as a businesswoman, and she went full-tilt on this idea. In the documentary, you learn that she had been lying about her invention for years, and it’s clear even her body was rebelling deep down in her throat, strangling her vocal tone.

So, next time you’re getting ready for an audition, don’t forget the power of your voice. Warm up, take a few deep breaths, and keep your thoughts solid and steady.

Want to hear more from Marci Liroff? Check out our full Note From the CD archives here!

Marci Liroff
Known for her work in film and television, producer, casting director, and intimacy coordinator Marci Liroff has worked with some of the most successful directors in the world. Liroff is also an acting coach, and her three-night Audition Bootcamp has empowered actors to view the audition process in a new light.
END_OF_DOCUMENT_TOKEN_TO_BE_REPLACED