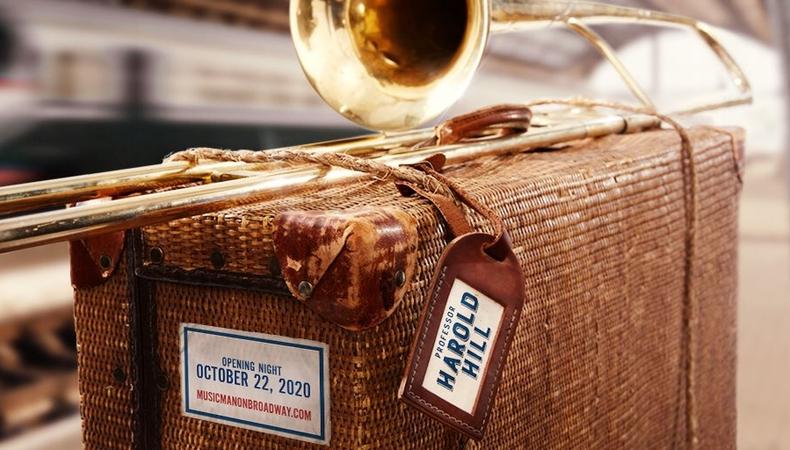 No trouble here.
Hugh Jackman is Broadway-bound—though we’ve got a ways to go until he gets here. The two-time Tony Award winner will play Harold Hill in a Jerry Zaks-directed revival of “The Music Man,” with previews set to begin Sept. 9, 2020. The Meredith Wilson classic will officially open on Oct. 22 at a Shubert theater that is to-be-announced. Additional casting and creative team are also to come.

Gird your loins!
A pivotal off-stage position has been filled for the upcoming musical adaptation of “The Devil Wears Prada.” Confirmed to direct the production will be Anna D. Shapiro, joining a creative team that includes Elton John and Shaina Taub writing the score, and Paul Rudnick penning the book. Shapiro, who is also the artistic director of the prestigious Steppenwolf Theatre Company, won a 2008 direction Tony Award for “August: Osage County.” A production timeline and casting are to-be-announced.

Musicians will descend on Broadway.
Live Nation, The Araca Group, and EBG have announced an exciting joint venture: “In Residence on Broadway,” a performance partnership that will bring a variety of artists to Broadway venues. Taking place May–July, these will be limited residencies of 5–10 shows over the course of one or two weeks at the Lunt-Fontanne Theatre. Performers for the 2019 roster will be announced shortly.

A New York Theatre Workshop update.
There’s a switch-up afoot at New York Theatre Workshop. The institution has postponed its previously announced untitled production from esteemed playwright Anna Deavere Smith. Along with Audible, NYTW will instead co-produce Chisa Hutchinson’s “Proof of Love,” which will begin performances at the Minetta Lane Theatre May 7. The solo play will be performed by Suzzanne Douglas.

Casey Mink
Casey Mink is the senior staff writer at Backstage. When she's not writing about television, film, or theater, she is definitely somewhere watching it.
END_OF_DOCUMENT_TOKEN_TO_BE_REPLACED