#ICastIt: How an Artistic Director Was Able to Find a Diverse Cast Outside a Major Acting Market 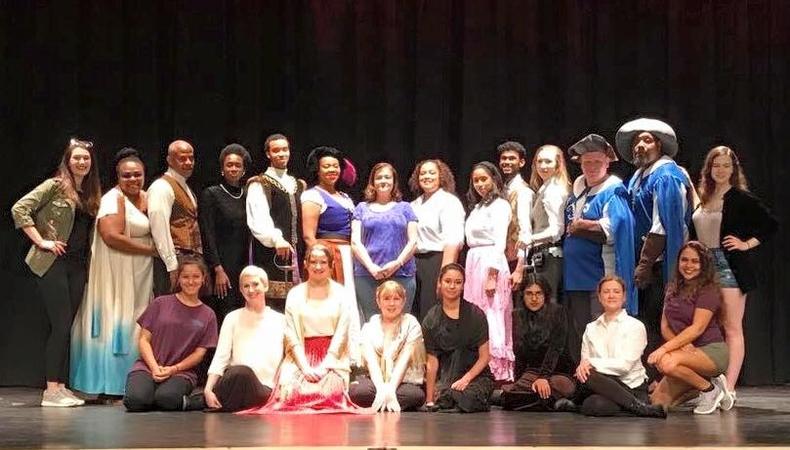 Catherine LaMoreaux, the artistic director of the Dragonfly Multicultural Arts Center in Woodbridge, NJ has been using Backstage since the theater’s inception to find diverse new talent for her productions. A co-founder of the theater, LaMoreaux selects, casts, and directs the productions. The theater mixes company members, actors from auditions, and invited actors to bring diversity to the three mainstage productions put up each year. Additionally, the theater’s company members take some shows on the road for schools and other venues. The theater also offers low-cost acting classes for children, teens, and adults, which has introduced new actors to the theater.

Because it is a small theater working with a very small budget, LaMoreaux says “getting the word out that we exist and are casting has been difficult.” Without pay, LaMoreaux has found that many NYC actors are unwilling to take the trip (approx. 10 minutes from Staten Island and 40 minutes from Manhattan). “However, we have found some excellent actors from all over New Jersey, Staten Island, and some from New York City,” says LaMoreaux, including a number of actors from NYC for their first show in the summer of 2014.

Without the large influx of new actors that one would find in NYC or LA, LaMoreaux and her colleagues have to seek out new talent to bring to the theater. They attend shows all over New Jersey and in New York to scout, and post casting calls and search the talent database on Backstage to find actors. According to LaMoreaux, “We have found many actors this way who were unfamiliar with our theater,” several of whom went on to become company members, including Shauni Ramai, Nathaniel Tomb, Tania Joseph, and Tangela Hamilton (who ended up joining the board). LaMoreaux encourages casting directors at local theaters in smaller markets to try the “find talent” feature on Backstage. “You can set variables for age, ethnicity, union affiliation, geographic location, and other characteristics. We narrow our search this way, then invite people to audition. We have found some excellent performers this way,” she says.

For their recent production of “Cyrano,” they invited a large number of actors through Backstage but were having a hard time finding the right actress for the lead role, a female Cyrano. “I found a young woman, Mecca McDonald, who did not have a lot of experience, but had trained in NYC. She lived nearby and ended up being perfect for the part and did an extraordinary job,” says LaMoreaux.

Unfortunately, another challenge small non-paying theaters face is actors dropping out. Luckily, when an actor had to drop out of “Cyrano” because of work commitments, LaMoreaux was able to quickly find a replacement. “The actor, Craig Mayer, who took the part, was someone who had not acted since college, but was taking classes in New York. He was excellent.”

While experience is always important, LaMoreaux says the theater’s casting decisions are mainly based on the actor’s performance at auditions. They will invite actors with little experience to audition if they have good video clips or the right look, so it’s important to keep your profile up-to-date. “Because we are committed to having diverse casts, we especially look for nonwhite actors when we seek out people to invite.” They announce auditions on Facebook as well, but LaMoreaux says that brings mostly white actors. While they don’t base casting choices on ethnicity, they do try to bring in more actors of color to audition so they are able to assemble casts with greater diversity.

LaMoreaux recently cast a reading for a play about a young black man who is shot by a white police officer. She and her team worked hard to seek out diverse actors and invite them to audition for the project, including Carlos Garcia, Jr., Cristian Castillo, Kye Javon, and Francesca Tedeschi.

The theater’s inclusive philosophy isn’t just about ethnicity. While LaMoreaux recommends that all actors have a couple of strong monologues ready, the theater has started providing sides for actors to audition with so as to include more actors.

Catherine LaMoreaux
Catherine LaMoreaux is the artistic director of Dragonfly Multicultural Arts Center, a nonprofit community theater she co-founded with her daughter in 2014. Her degree is in theatre from the University of Michigan. She teaches high school acting and tutors in English.
END_OF_DOCUMENT_TOKEN_TO_BE_REPLACED