#ICastIt How Flexibility Led to a Casting Surprise in FringeNYC's 'EverScape' 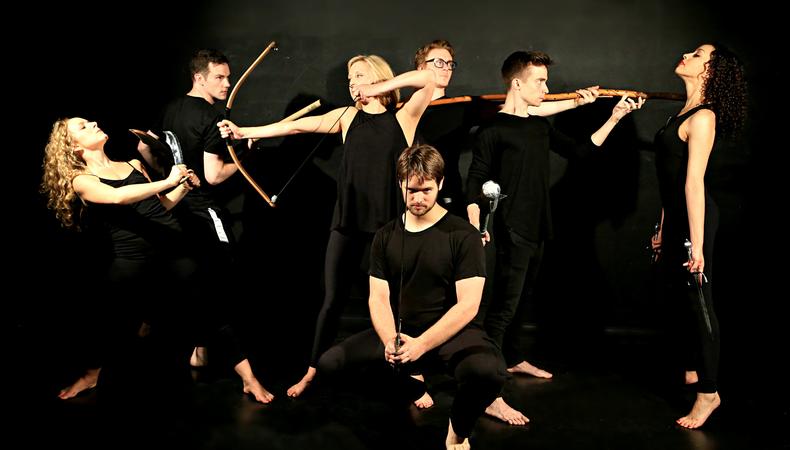 When a friend brought director Ashley Gunsteens a script to consider for the NY International Fringe Festival, she didn’t really expect it to resonate with her since it was about gaming and she wasn’t a gamer. But Allan Maule’s movement-based, epic fantasy “EverScape” is more than a play about gaming. “It was really wonderful and perfect for something in New York and for something in the Fringe Festival.” The story of four gamers who are offered the opportunity to become game developers blurs the lines of fantasy and reality. Gunsteens wanted to make the show more stylized like a video game rather than using standard fight choreography you’d typically see on stage, so she worked with a number of choreographers and set about finding the perfect actors to bring the production to life.

Gunsteens had never used Backstage for casting before, but was excited about the idea when it was suggested. “It tends to be a higher level of quality in terms of experience from the actors that you get. Also, I know from acting previously myself that actors tend to get more excited about projects that they see come up on Backstage versus something maybe like Actors Access or another casting website because it’s kind of known for having a little bit of the higher level or quality pieces of work.”

Gunsteens had physical types in her mind for the characters, but ultimately, she just wanted the best actors and movers for the parts. “I really look for people who are ready to play.” One surprise on the day of auditions was Ivy Croteau, who had seen the casting notice on Backstage. “She was like one of the hundreds and hundreds of 22-year-old blonde women who didn’t fit the look I thought I was going for,” so Gunsteens didn’t give her an audition slot. But Croteau showed up as a walk-in. Gunsteens was impressed with Croteau’s level of professionalism. “She had downloaded everything from Backstage and “knew every word to all of the sides and I thought she was like a savant who just happened to be in the building. She had really done her homework.” So despite Croteau’s young age (she’d just graduated from college), Gunsteens cast her in the leading female role, Kirin, an artist struggling to find motivation and inspiration who works as a barista. “This is going to be her New York premiere. I’m so glad that she’s in the show. She’s really phenomenal.”

The role of Devo, an IT worker by day / healer by night, was challenging because Gunsteens found two actors she really liked. Ultimately she cast Phil Gillen even though he wasn’t able to make it to the callbacks; he won her over in their conversations and his video submission of his movement audition.

Gunsteens was also impressed with Backstage actors Ari Cruz and Meg Mark who she cast as the Female NPC roles. “They both came in and frankly scared me a bit. Which is what I was looking for in those characters,” says Gunsteens. Cruz had come in for the role of Kirin, but Gunsteens asked her to do some different voices and says “she really fit the look and movement style of like the assassin type characters that role is.”

Melinda Loewenstein
Prior to joining the Backstage team, Melinda worked for Baseline StudioSystem tracking TV development. When she's not working, she enjoys cuddling with her cats while obsessively watching every television show to ever air.
END_OF_DOCUMENT_TOKEN_TO_BE_REPLACED