Why Kindness Counts in Casting 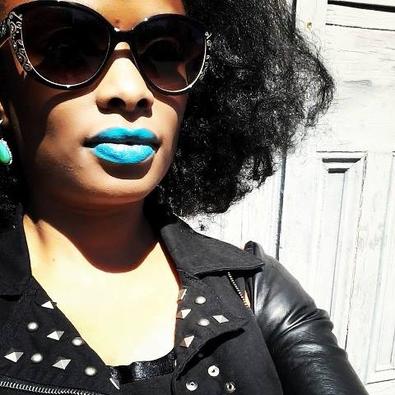 Columbia College theatre grad/actor Kenetha Lanée describes herself as a storyteller. “That's what set me on the path to becoming a filmmaker,” she says. Lanée’s fifth film, “Laveau,” centers on the life of early 1800s New Orleans Voodoo Queen Marie Laveau. “Being a lover of New Orleans, and a woman, it was natural for me to feel a connection to the late Voodoo Queen,” she explains. She was attracted to Marie Laveau’s life as a spiritual leader, mother, wife, and friend, so she reached out to director Charles Jolivette. “He believed in my story and shared in my passion to tell it. He's been on board every step of the way. His vision and our teamwork is what helped this project become a reality.”

The cast was also an integral part of bringing the story to life. Lanée worked with Jolivette throughout the casting process. They posted the casting notice on Backstage and for the lead role of Marie Laveau they ended up auditioning over 100 actors. “The most challenging part is having to make a decision. With so many talented and dedicated actors and actresses, it's sometimes hard to choose just one!”

Although they had historical references, Lanée says she wanted to keep an open mind in regards to the physical aspect of Marie Laveau. “We do have an idea of how she looked, but I wanted to start with a blank slate and see what the actors brought to the role. What does a Voodoo Queen look like? She looks like you and me. She could be any one of us walking the streets. That has been my philosophy throughout this entire process.”

From the actors that came in for Marie Laveau, Lanée also found her Marie Louise. Louise is the half-sister of Laveau, but was raised in a different household with more privileges. “During that time, there were limited paths a woman of color could take once she reached adulthood. Both women walked different paths, but shared many similarities,” explains Lanée. Backstage actor Madeleine Claude flew from Los Angeles to New Orleans to audition for the role of Laveau. “It was humbling to see her take that much initiative to audition for us. Madeleine is originally from Brazil, but was raised in Canada. She speaks French, which is a plus, because Marie Laveau and most of her family would have been French speakers.” Even though Claude came in to audition for the role of Laveau, Lanée felt she gave off the right energy for Marie Louise. “What really stood out was her humble demeanor and personality. She was very kind and easygoing. That's important to me when making casting decisions. Talent can get you in the door, but being nice can get you the job. No one wants to work with an unkind person.”

Melinda Loewenstein
Prior to joining the Backstage team, Melinda worked for Baseline StudioSystem tracking TV development. When she's not working, she enjoys cuddling with her cats while obsessively watching every television show to ever air.
END_OF_DOCUMENT_TOKEN_TO_BE_REPLACED