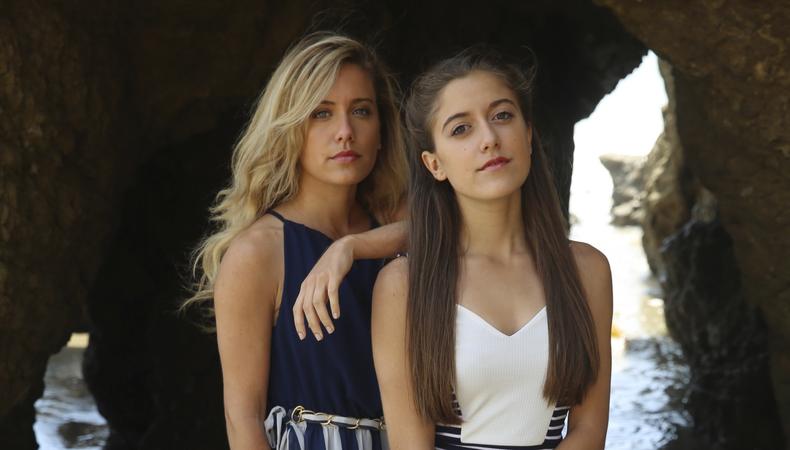 “Little Miss Perfect” started out as a student project for NYU, but with its powerful message, the feature film grew into a larger independent project. While filmmaker Marlee Roberts wrote the lead role, Belle, with her sister, Karlee Roberts in mind, there were plenty of supporting roles to be cast. In addition to seeking agent and manager submissions, Roberts posted with various casting sites including a notice on Backstage.com looking for extras for a school scene.

In the film, Belle strives for perfection and control which leads to some serious problems for the young teen. To create the character, Marlee observed her sister’s personality and interactions with friends: “Karlee has an innate sincerity and genuine sensitivity about her. She always tries to please those around her; disappointing people is her greatest fear. It reminded me a lot of Belle and I thought, if Karlee can relate to the core of Belle’s character, we can already start at a great place and then build layers onto that.” Karlee says she was happy to have the “opportunity to help creatively shape Belle’s strengths and weaknesses as well as her quirks in the movie.”

While Roberts loves working with young actors and feels they are generally more willing to be open, the film’s emotionally draining topic presented challenges. She recalls the day they shot all of the bathroom scenes which were emotionally exhausting because Belle is privately releasing all her pent up emotions. “As we were doing our last shot, I took [Karlee] aside and she looked at me with watery eyes and whispered with the saddest disappointment ‘I’m not getting it right.’ I told her, ‘That’s exactly how Belle feels in the scene. Use that feeling.’ She went back in, we did one more take and wrapped for the day,” says Roberts.

With Gus, she was looking for Belle’s opposite -- seemingly out of control, but really put together. Jeremy Fernandez walked in to the audition room without being called in: “He just walked in, turns a chair backwards, sat down and asked us “what’s up?” without waiting to be called in, without seeking permission. I thought - this guy isn’t afraid to go after what he wants. He doesn’t feel the need to be polite. He was the only one that didn’t look to us for permission in the casting room.” Which Roberts then realized was the most important aspect of Gus’s character. “As soon as Jeremy walked in the door, I knew he was Gus,” she says. Karlee notes she felt the same way: “One of the most epic auditions was with Jeremy Fernandez…from the moment he stepped in the door, he was completely in character. We all knew from that moment he would get the role.”

After they’d been auditioning for the role of Lyla without success, Karlee recommended an actor she knew: Isabella Palmieri. “We Skyped with Izzy Palmieri (who is based in L.A.) and from the moment the Skype began, I knew she could pull off Lyla.” Roberts was looking for subtlety and she says, “Izzy is subtle in nature and she takes direction immediately.”

Rounding out the cast are the adult actors: Peter Rini, who plays Belle’s father, and Tom Degnan, who plays her teacher. Roberts notes that both actors were the first ones she saw for their respective roles. It took a little longer to find the nurse (Pooya Mohseni), but Roberts says “Pooya came in and added her own spin to the role that made it real, so we cast her immediately.”

Melinda Loewenstein
Prior to joining the Backstage team, Melinda worked for Baseline StudioSystem tracking TV development. When she's not working, she enjoys cuddling with her cats while obsessively watching every television show to ever air.
END_OF_DOCUMENT_TOKEN_TO_BE_REPLACED