#ICastIt 1 Way to Make Casting See You in the Role 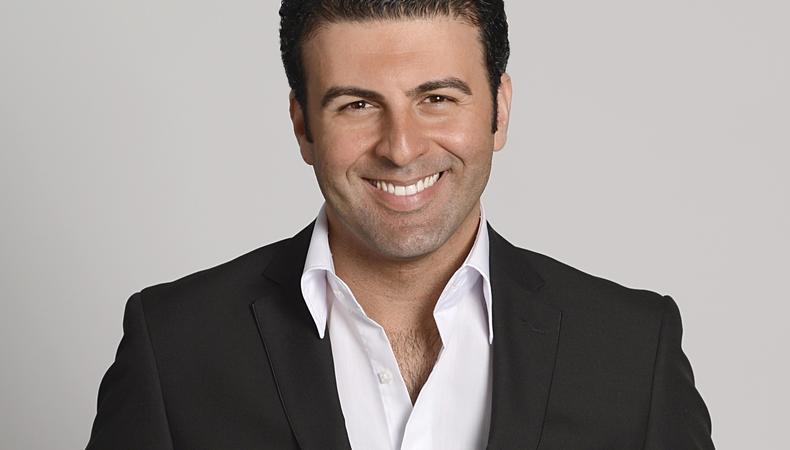 “Before I was passionate about theater or singing, I loved people. I sound like Barbra Streisand,” jokes singer-actor-producer-director David Serero. So, in addition to acting in other people’s projects, he decided to put up his own as well. “There’s nothing more beautiful than when you brought this project together and you’re on stage and you’re holding the hands of these beautiful actors that you met [and] probably discovered … and the audience [is] standing and applauding. That’s a beautiful human adventure.”

Serero did a reading of “The Merchant of Venice” in French and dreamed of doing it in NYC in English. When he met with the Center for Jewish History he was able to realize his dream. Understanding the fast-paced world today’s audience lives in, Serero shortened the production and reworked some of the language to make the play more accessible. Utilizing his musical abilities, he also added music to the production and set about bringing together a cast from all different specialties. Serero loves the versatility of actors on Backstage. “They can do films, theater, music videos; we can reach more than the triple threat.” Serero plays Shylock and cast some Shakespeare newbies, including a standup comedian.

He was looking for reliable and enthusiastic actors. “I know on Backstage we can find everybody from the very, very experienced actor to the very beginner. If you put something on craigslist you will have amateurs, beginners; if you go to Actor’s Access you will have people with agents. With Backstage you can reach a very wide range of talent.” While he often casts actors he knows, sometimes the roles are too specific as was the case for Portia in “The Merchant of Venice.” Serero typically narrows down the 1000 or so submissions to about 12 to audition per role, but he auditioned about 30 for the role of Portia. He wanted something very specific – someone young with a loud voice that could project well. “I wanted a very kind girl, but when she becomes Dr. Balthazar, when she comes back with a mustache, I wanted her to be very, very strong and very dramatic. I also wanted her to sing because I had a few songs of the era of Italy of the 16th century.” Serero says he found the perfect actor in Dina Desmone who had the presence and the strong voice he was looking for. Although Desmone had never done Shakespeare before, Serero liked that “she brought something fresh” to the role.

Serero notes that putting together a package with a targeted reel, headshot, and note in the cover letter goes a long way to getting called in for an audition. He encourages actors to change their main photo to target the role when submitting. “If you are auditioning for prison guard I would not put the one that I had in the tuxedo as the first picture.” Because there are so many submissions to sort through, it’s important to do whatever you can to help the casting director see you in the part. While Serero warns not to submit for something you can’t do, you should apply for whatever you can. Casting may be flexible with ethnicity, he says. When he saw a casting notice for a video with Busta Rhymes looking for Asian gangster types, he submitted himself with a headshot of him in a gangster suit. “Guess what? They called me,” he says. “It’s how [you] market yourself when you [submit] for a project.” Make casting believe you’re the one they’ve been looking for.

“The Merchant of Venice” runs through June 24.

Melinda Loewenstein
Prior to joining the Backstage team, Melinda worked for Baseline StudioSystem tracking TV development. When she's not working, she enjoys cuddling with her cats while obsessively watching every television show to ever air.
END_OF_DOCUMENT_TOKEN_TO_BE_REPLACED