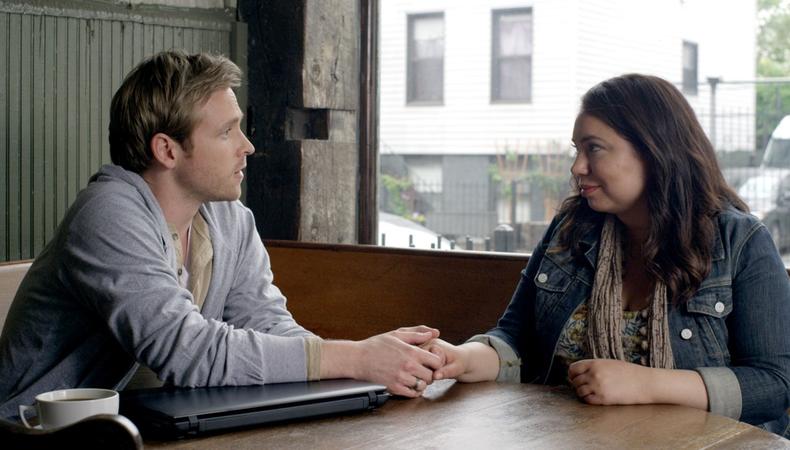 Like Guinevere, the 29-year-old former child actor she portrays in “Delusions of Guinevere,” Ariana Bernstein is creating her own content to creatively express her ideas. But unlike the actor she plays, Bernstein isn't delusional. She’s created a funny, honest film exploring the idea of social media and feeding into delusions. Her idea “of what fame can do to you and how it can destroy relationships and peel away your character” intrigued director and co-writer Joanna Bowzer, and the writing team of Bernstein, Bowzer, Niccolo Aeed, and Marina Tempelsman drew inspiration from one of Bernstein’s favorite films, Roman Polanski’s “Repulsion,” and strove to keep the film true to the character’s journey.

Despite writing and producing the film, Bernstein still auditioned for her starring role the same as the other actors. “Joanna had never seen me act before, so she told me that if I wanted the part I had to audition. That was really an awkward process for me,” Bernstein says.

Bowzer notes that with film, a connection in the casting room doesn’t necessarily translate to a connection on tape. But the opposite was true with Andrew Ruth. “He understands nuance. Every time I watched his tape it was great, but in the room I wasn’t quite sure,” Bowzer says. Bernstein remembers his audition well: “It was so specific and that’s what really set him apart from all the actors auditioning for Guy…with Andrew you could see the workings in his brain. For every word he said there was a thought behind it. It was very powerful to watch that.”

Bowzer and Bernstein called in actors from various sources, but noted that “a lot of our really talented theater actors that were coming in for film came in from Backstage,” citing Christopher Burke as an example. Looking through all the headshots can be daunting. Bowzer stresses that actors should ensure their headshots match their energy and type. “A lot of actors think it’s a numbers game, a quantity game, but gosh understanding your type and really making sure that you’re putting in for exactly that and everything matches, as a director or producer sitting in the room it’s much appreciated because I haven’t given away a slot to somebody who doesn’t match the character,” she says.

Bernstein and Bowzer called Graci Carli in to read for Brianna (played by Amy Halldin) based on her edgy headshot in a leather jacket and red top. “[Carli’s headshot] was like ‘I’m going to go ride a Harley and like stomp on some cigarettes in a parking lot really hard and intimidate people,’” describes Bernstein. But says Bowzer, “When she walked in she had this beautiful bohemian-like artist energy…we [thought], I don’t even need to you to read I’m never going to cast you in this role even if you’re the best actor ever.” However, Carli was the perfect type for Lillia and rounded out the core ensemble nicely.

Join Backstage Nov. 15 for a post-screening talkback featuring tips on getting cast through Backstage from the filmmakers and Backstage staff. Click here for information and tickets.

Melinda Loewenstein
Prior to joining the Backstage team, Melinda worked for Baseline StudioSystem tracking TV development. When she's not working, she enjoys cuddling with her cats while obsessively watching every television show to ever air.
END_OF_DOCUMENT_TOKEN_TO_BE_REPLACED