The Imitation Game: Playing a Real Person in 5 Steps 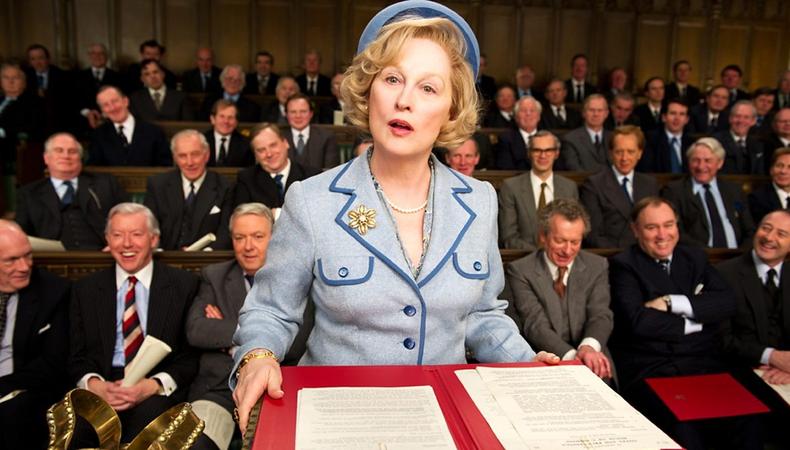 Cate Blanchett put socks in her knickers for Dylan. Meryl Streep studied Thatcher’s mannerisms. Nicole Kidman learned to write like Woolf. Playing a real person means focusing all your energy and skill on an impossible goal: becoming someone else. And what if that someone is already famous or, scarier still, alive? When Eddie Redmayne played Stephen Hawking, perhaps the most recognizable scientist in the world, he acknowledged that becoming a living person brings a “different type of judgment” from audiences used to the real thing.

Sound daunting? Here are five steps to make it less so. If you’re about to play a real person, living or dead, this is how to get started.

1. Context
Before you put aside a year to study Abraham Lincoln’s letters like Daniel Day-Lewis, it’s important to understand the context of your portrayal. For Joaquin Phoenix and Reese Witherspoon in “Walk the Line,” playing Johnny Cash and June Carter meant committing to verisimilitude: creating performances that feel authentic, credible and lifelike. But if you’re in a sketch, that level of research probably isn’t appropriate. And what if the director doesn’t want you to walk, talk or look like the real thing as in Armando Iannucci's “The Death of Stalin”?

It’s worth pointing out that some characters aren’t historical at all: Shakespeare’s Mark Anthony, Cleopatra, and Richard III are, put simply, pure fiction. Before you begin researching, understand what you need to achieve and what might be wasted time.

2. The person, not just the persona.
As with most things, the internet is the obvious place to start. Be aware that the majority of video and audio online is likely to be your subject performing or in their public persona. Interviews, no matter how informal, are performances. Even observational documentaries rarely catch their subjects behaving normally.

If you can, hunt down examples of your subject in a neutral state. When Bruno Ganz played Adolf Hitler in “Downfall,” he studied one of the only recordings of Hitler speaking in his normal voice and was surprised to find it wasn’t “the screaming orator we are used to, but a soft, attractive voice, a calm baritone.” When I worked with an actor playing the Queen, the video she found most useful was one where Her Majesty was taken by surprise. These behind-the-mask moments are goldmines for actors, revealing more in a few seconds than a hundred hours of YouTube clips.

If you’ve got the time, inclination, and support, talk to real people. Find specialists who know your subject intimately—first-hand accounts are always best—and if your person was alive recently, locating people who met or knew them will be revealing: their stories won’t be in the history books. Meeting a subject who is still alive is often less useful than you’d think. Michael Sheen managed to play Tony Blair (three times), Brian Clough, Kenneth Williams, David Frost and Jesus Christ without meeting any of them.

3. What makes a person?
Have you considered the parents? The school? The first love, the car accident, the bankruptcy or their secret crippling illness? Starting with your name in the center of the largest piece of paper you can find, make a map of everything that’s informed you as a person. Once you’ve filled the page, see if you can find the corresponding information for your subject. Rooting physical and spoken attributes is the key to creating a performance instead of an impression.

First, biography should help explain why they spoke with a particular accent or had with a peculiar gait. Second, it will allow you to make informed choices about which traits are cultivated and which are environmental: did they grow up on a housing estate but go to a posh school and alter their accent? Finally, it will reveal what you and the subject have in common. Building your performance from the bottom up is vital as it brings depth and confidence to a portrayal as well as grounding the character in what you already know, do or love. It creates the foundation of the work separating acting from caricature or impression.

4. Do what they did.
We can debate the merits of method acting until the cows come home but if you and your subject have wildly different life experiences, it can be valuable to understand how it felt to be them. You don’t have to commit vast amounts of time or money to experience method acting, and please don’t do a Nicholas Cage and get teeth removed without anesthetic—that’s more gesture than research.

Start with something simple, like clothing. Uniforms and crowns offer their wearer a sense of authority. Expensive clothes offer status. Ill-fitting jumpers create a feeling of safety or invisibility. Tight and revealing clothes can broadcast both self-confidence and the opposite. Study what your subject wears, put together a costume and go for a walk. What does it do to your posture? Can you walk quickly or does it feel precarious? How do people behave towards you?

Recalling how gigantic the world felt as a child is the closest we can come to inhabiting another body. Feeling irritable or lethargic because you’ve eaten nothing but junk food reminds us how lifestyle impacts experience. If you’re subject is physically different from you, discover what those limitations or possibilities might be. An extreme example? Daniel Day-Lewis living in a hospital for months learning to use only one foot ahead of “My Left Foot.” However you interact with it, it’s important to comprehend how lifestyle and ability altered the world around your subject. Try it and if nothing else, you’ll have learned it doesn’t work for you.

5. Know when to stop.
You probably don’t have as much time to prepare as Daniel Day-Lewis and, as Eddie Redmayne pointed out, “However much work you do, it is not a documentary, there will be things you can’t get right and, ultimately, you have to take a leap because you weren’t there.”

Taking yourself to a place where you feel confident but also resilient to change is what matters. Tales of actors remaining as their subject throughout the whole shoot might sound like the height of dedication but that’s not the definition of acting. Benedict Cumberbatch toned down his stammer for Alan Turing because the director worried it made the dialogue too atonal. Cumberbatch could turn elements of his Turing character up and down because he’s an actor portraying and trying to “honor the integrity” of a person, not a reincarnation or medium bringing the dead back to life.

You’re introducing your subject to an audience who didn’t know them but wants to understand them. After all the research and process, there’s still a part of the canvas that’s yours to fill in whatever colors you like. This is your version of a real person. Don’t lose sight of yourself.