The Importance of Engaging on a TV Set 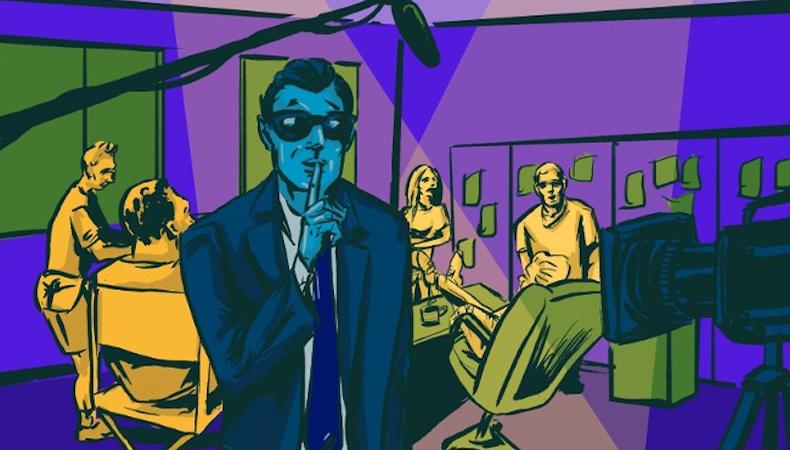 Last week, we left off with you on the set of “NCIS,” sitting in your trailer, waiting to be called for your first shot. You already checked in with the second A.D., you signed your paperwork, and you went through hair and makeup. Now you’re just sitting there. Waiting. And waiting. And waiting.

That’s the nature of the beast—but here you have to ask yourself: “What am I doing?” You’re on the set of a network show and you’ve planted yourself inside a trailer? Not on my watch, baby. Get up and get out!

Head down to where the action is and watch. Introduce yourself to the crew members. Get a feel for how the set is run. This is a prime learning opportunity, so take advantage of it. Just make sure you don’t bother any of the stars or the director. They have enough on their plate, and you’ll be working with them soon.

Sometimes the casting director who hired you will visit the set. If this happens while you’re there, hurry over and give this person a big hug. Explain how happy you are. Show some gratitude. You’ll make their day, and you’ll also pour some loving cement over that relationship.

READ: 7 Rules for Following Up With Casting Directors

You should also keep an eye out for visitors. Like, who’s the guy in the suit? Is he a network executive or an agent visiting his client? Don’t be afraid to hover around so you can find out. I’ve made some amazing connections on sets, and you can, too.

All right, enough networking. It’s time to do some acting. I’ll leave the thespian stuff to you, but I will explain the politics of working on a set like this. You’re a guest star, emphasis on the word “guest.” That means you’re in someone else’s home. Remember to behave that way.

As your first scene starts, you will discover who’s really running the set. Is it the director? No, probably not. In episodic television, directors are hired guns. They move from show to show, just like you. That means the star actor is in charge, and that person will set the tone. If she wants to rehearse, you will rehearse. If she wants to jump right in, you will jump right in. Either is fine because you know your lines and you’re ready to go.

Guest star actors don’t delay production by asking about their motivation. They perform the job they’ve been hired to do and that’s it. Period.

Here’s a tip on how to become friends with a capital-S star. Don’t say how much you like her work on the show. That’s amateur stuff. Come prepared with the name of an obscure indie she did 100 years ago and let her know that you saw the film and were stunned by her performance. This will surprise her and, in return, she might allow you an extra take if the situation calls for it.

At the end of the day, you’ll check out with the second A.D., and since your overtime pay is based on those numbers, you will make sure the time sheet is correct. Then you’ll pack up your trailer because you probably won’t be in the same one when you return.

Then you’ll go home and have a drink—you’ve earned it. Congratulations on a great first day!

Want to book your own guest spot role? Check out our TV audition listings!