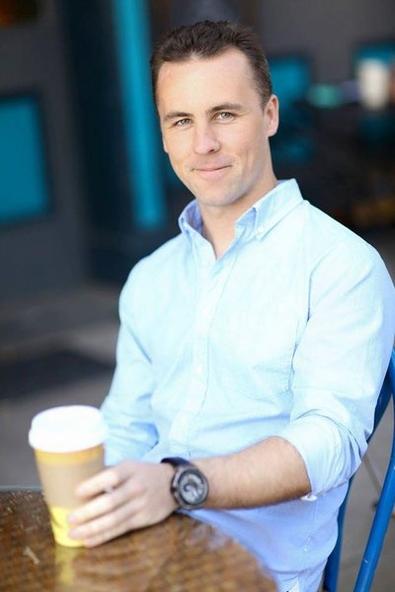 Talent agent Alexander White had success for several years with a noted agency before starting the Alexander White Agency in 2013. White works with artists of all types to provide them with the best opportunities in the fields of film, television, commercials, and industrials. Here, he chats with us about the biggest mistakes actors can make, the key to getting an agent, and why it’s important to have a firm handshake.

What does it take to make it in the Atlanta market?
There is no “Atlanta market.” There is a Southeast market for the people who are willing and able. However, your ability to say yes is what really catapults you. It’s not good enough to be in the Atlanta market. Louisiana is an enormous market. Alabama is becoming huge. Tennessee and Mississippi are all shooting stuff and are all tax incentive. South Carolina is getting into the game after North Carolina got out, and Virginia is starting to ramp up. I have a conversation with all of my clients before I sign them about expectations. My expectation is that they’ll basically be ghosts—they’ll exist wherever someone needs them whenever someone needs them.

What is the best way to get an agent?
Submission policies are on each agent’s website—the best way is to just do what they say. Your demo reels should be 2-3 minutes tops. There is a submission process on my website where you type in your information, you can put a link to your IMDb page, and there’s also a section where you can write a note to me. So if you want to remind me where I saw you—if it was at a class or something—you can do that. Then upload your resume, headshot, and send it all to me. It’s a nice, neat package!

If there are submissions that pique my interest, I do my due diligence before contacting each actor, and if I’m still interested, I set up a face-to-face interview where we do a cold read. Hopefully they understand from the minute they walk in until the minute they leave that they are being judged, and don’t just think the read is the only part. How they walk, if they shake your hand or don’t, make eye contact, etc. Every single thing matters in that interview. For example, if a guy comes in and gives me a weak handshake and doesn’t look me in the eye, but reads a given scene like a tough guy, I will say to myself, “I just don’t believe you because you gave me this weak handshake.” So yeah, everything matters to me in that interview.

On the flip side, I will notice if someone is doing a read and in the middle of it he plays with his watchband, because that’s something so incredibly human that he couldn’t have planned on doing. So it’s those little natural tendencies that get me. Always do what’s impossible to plan.

What is the biggest mistake an actor can make in an agent interview?
Lying. Actors do it all the time. Lying about what they’ve done, what they haven’t done. Lots of people will have a resume, for example, that says “Party Guy—‘Vampire Diaries.’” Here’s the problem with that—most of the time they were really a background extra. So when I go to IMDbPro and look it up, in the parentheses it will say “Uncredited,” so that I know it was background work. I can appreciate someone who has spent time on a professional set as an extra, but just don’t lie to me.

What should an actor never say to an agent in an interview?
Never ask the agent to sell himself. I’ve had people come in and say, “Just curious, why should I sign with you?” And that immediately turns me off. My successes are transparent and researchable. So I think it’s more a lack of research that ultimately turns me off. Come into your interview prepared.

How should actors pitch themselves to an agent?
Research the agent, clients, where they’re based, where their office is. Understand whom you’re pitching to and what makes you relevant to them. Demonstrate some quantifiable value, whether it’s monetary, or maybe your best friend is the director of a show that’s in production. If you’re pitching yourself to an agent, try to get a referral that means something to that agent. You should be very realistic about the agents you’re pitching to. The amazing thing about the Southeast becoming a powerhouse is, not only is production ramping up and expanding, but the agency business is doing the same.