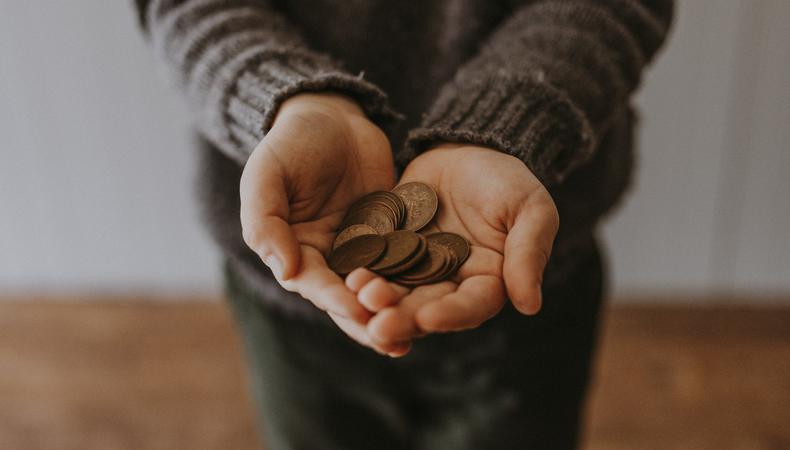 Crowdfunding is about gathering the widest possible audience of engaged, excited fans for your film—before it’s finished. That crowd-gathering is what studios spend hundreds of millions of dollars per film doing for every blockbuster. But independent filmmakers have figured out that with crowdfunding you can actually make money marketing your film long before you’ve even shot it!

Don’t be afraid of the word “marketing.” As a storyteller, everything you need to be good promoter of your work is already in your wheelhouse. Success is about figuring out who you’re talking to, and then telling the most compelling story you can. If you haven’t read the previous installment in the crowdfunding series on message testing, do so now because it’s the most essential piece of your audience-building career.

You’ll need to get your team and budget ready, shoot a pitch video, and figure out your incentives before you launch. The tips below are an overview of the top-level preparation. If you’d like a deep dive, check out Crowdfunding to Build an Audience Guide.

Every step of your campaign is about creating a sense of inevitability that you’ll make the film you promise, and that the film will be awesome.

Team
The size and experience of your team should match the scope of your project. Every person on your team adds on average of 150 core people to your network. If you’re raising more than a few thousand dollars, you’ll want as many team members as possible spreading the word! Remember: Friends don’t let friends crowdfund alone!

Budget
The big question: How much do I ask for? Here are a few considerations:
What do you need to advance your project to the next stage?
Could you raise money in stages?
What is the size of your current community?
What can you get for free?

A very important part of audience building is actually trust building. You want your audience to trust you’re going to make cool stuff (you learn how to build that trust in message testing), and that you’ll deliver what you promise. Your audience will want to see that you made huge progress with their money—or at least that you advanced the project no less than you promised in your campaign. The money you raise should at the very least be able to move your project to the next phase, and the use of funds needs to be clearly communicated to your audience. If you’re raising money for production, your campaign should raise enough money to guarantee you’ll be able to complete production.

Pitch Video
You’re making a film. This video has to show you’re good at making films. Audiences stop watching pitch videos at 90 seconds (on average) and the first 15 are the most important. Make sure the first 15 seconds are for your audience. The tone has to match the tone of the film. If you’re making a comedy, it should be funny! Thriller? Scary! Suspenseful! Drama? Make me feel something! Through your message testing, you will have learned what kind of music your audience likes and what kind of images they most respond to. The other most important class of pre-campaign message-testing you can do is collecting audience feedback on your video.

Figure out your incentives
Since you’ve interviewed your core target audience, you will also know a lot about them: where they hang out; what they read; where they shop; how they spend their leisure time. You’ll have a sense of what motivates them and what you can offer that will help them be decisive in choosing to fund your campaign.

Pretty much every great crowdfunding campaign figures out how to turn every expression of gratitude into a viral event.

Our “Pro-Tip” is to insist the $25 (or less) incentive should be personal, visual, sharable, and immediate.

The vast majority of crowdfunding contributions are made at the $10–$25 level, so that’s the incentive you’ll be distributing most. Ideally, it’s something that costs you nothing to make or ship and can be leveraged to spread the word about your campaign.

Case Study:
Filmmaker Sean Mannion was raising money for “Time Signature,” a short film about time travel. If you contributed $25 or less to his campaign, Sean reached out and asked you where in history you’d like to travel. He then Photoshopped your picture (which he’d pull from Facebook or ask you to send) into that era in history, and post it with a “Thank You” and the link to his campaign embedded in the photo. He shared it on your social media pages (if he had access) and shouted you out with the photo on his social media outlets.

And here’s the thing about the photos: They were really, really good. They were clever, exceptionally well executed, and in the world of Sean’s film. They delighted every contributor who received one, and all of those contributors shared their photos far and wide with their own communities. Sean fulfilled his incentive, created a deeper engagement between his supporters and his film, and turned every supporter into an evangelist. 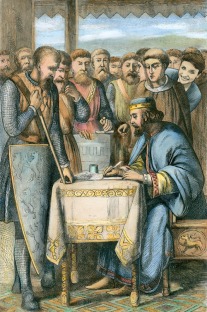 Look at this photo: I asked Sean to be transported to the very beginning of modern government, to the signing of the Magna Carta. See if you can spot me. Who knew the haircut I currently rock was popular among friars in the 13th century?

Immediate rewards are not the only incentives that can entice people to get involved. Consider the following:

Matching contributions:
If you know someone in your community might give $500 or more, run a “matching campaign” for a period of time in which all contributions will be matched by this generous supporter.

Organize
Gather all your additional materials: Videos, images, and memes to share as project updates at the rate of 2–3 per week.

Language for newsletters you can send to partnership organizations. (Who are you partnering with? Some orgs you might want to focus on are your alumni associations, membership organizations, and influencers you know who have a vested interest—either personal or subject-related—in seeing you succeed.)
Clips and information from your team’s recent projects. Promoting other cool stuff is a good way to get people to follow you and share what you’re sharing.
Events you’re organizing or attending throughout the campaign.
Social media. Pick the outlets you’re going to focus on and use the above materials to populate those accounts with great information.

Use these templates or similar ones for prep and campaigning to schedule all these elements for your campaign.

Be prepared to stick to your schedule. A lot of us are freelancers and don’t always know when the next job is coming. If you get scooped up for a paying gig, make sure someone on your team can take over executing the plan while you’re working.
And don’t stick to a failing plan! If you launch and discover it’s not going the way you’d hoped, return to message testing. Ask your contributors what’s working for them. Ask folks who haven’t contributed what’s not working.

Next time, we’ll talk about the crowdfunding doldrums (they’re often inevitable), and how to see the end of your crowdfunding campaign as the launch of a lifetime audience-building campaign that will make this whole process easier next time—and every time after that!