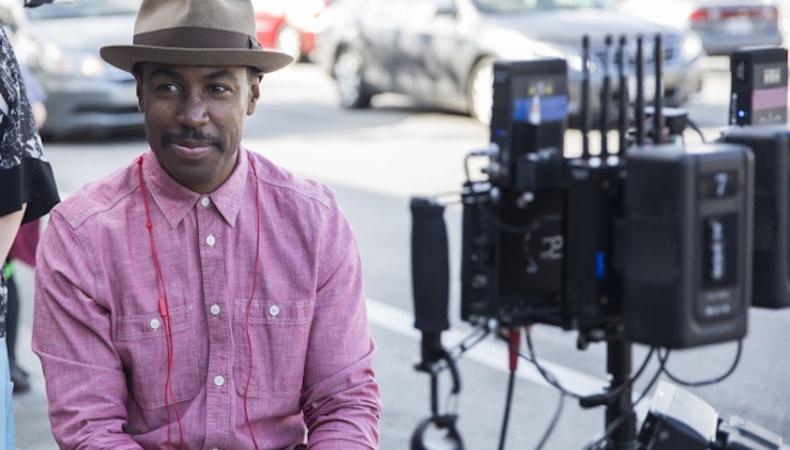 ‘Insecure’ is telling new stories.
“We’re trying to tell stories that we feel haven’t been told before. Normally on a sitcom, Issa’s character is, like, the fifth lead and she might have a joke or two, but you’re certainly not following her life. That character in our show is front and center, and we’re following her journey. We’re trying to tell nuanced stories and, certainly with regard to people of color, give voices [to people] that you haven’t seen a lot of.”

READ: 3 Ways to Bring Your Character to Unique Life

Character growth is like tailoring a suit.
“The first season of a show, the character is written and the actor is kind of putting on a suit. As the show progresses, the actors start to tailor the suits for themselves, and the writers start writing to the actors’ strengths…. If the actor is not helping inform the writers and they’re not able to go, ‘I feel this way about my character,’ the actor is not growing into the part.”

Penny looks for authenticity in his actors.
“I hate watching people perform and feeling like they’re ‘acting’—acting like they’re frustrated, acting annoyed. Every character expresses their anger or hurt differently. Sometimes actors come in and try to tell me in a universal [way] that they’re hurt or they’re mad, but it doesn’t necessarily tell me what this character does when they get upset.”

Showrunners run the show—literally.
“As the showrunner, Issa and I have this really respectful partnership in the way we do things. You’re running the show—literally. You’re putting it together, from no idea to ‘Hey, this is what you’re now going to watch on the screen.’ It’s hiring writers; it’s sitting with Issa before we even have writers and arcing out where the season would go, how we’re going to explore these characters. It’s looking at casting and deciding who’s going to get the parts. And it’s being on set and [communicating] with the director and saying, ‘I need the joke this way.’ Then in editing, it’s revising all that stuff and doing music. It’s continuing to always be there.”

Actors must trust what’s on the page.
“You want actors to make interesting choices, but you also want them to do what’s on the page. On my side, nothing makes me more frustrated than seeing an actor ad-libbing a bunch, because it’s like, ‘I want to see how you just do this.’ The feeling of ‘I’m gonna make it better’ is something that is sometimes a giveaway of younger or less experienced actors. ‘Oh, I know how to make this thing a better thing’ [should be] ‘Let me just stick to what’s there and let me trust that what I’m doing is going to be good enough.’ ”

Penny’s relationship with Rae changes when she’s acting.
“I have two different relationships with Issa. My relationship with her from a writing and editing standpoint is very different from my relationship to her when she’s acting. When we’re figuring out the show together, we’re both usually on the same page [about] the types of stories we want to tell. As an actor, though, she has to give me more trust, because she’s not seeing herself on camera, so a lot of the time she’s trusting me to make sure that all the things we [discussed] about the scene or about the episode are coming through in her acting. It’s something I don’t take lightly when she’s in front of the camera, because she’s carrying the show.”

On striking the balance between comedy and drama.
“We try to say, ‘What’s the most real version of this story? What are things that are very funny about this, and what are things that are very real about this?’ We try to just be honest. You probably don’t know where a scene is going to go in our show. Sometimes we don’t know! Sometimes you write it on the page and you go, ‘Oh, that works.’ But then the actors put it on its feet and then it doesn’t feel right. Something that may have worked in an outline may have worked a certain way in the script, but it doesn’t necessarily work having now seen people physically do it.”

Season 2 of ‘Insecure’ will delve deeper.
“You’re obviously finding characters after a breakup and after some life revelations, so I would say most of what your friends would do after they break up with someone, you’re probably going to see our characters do as well. The fun thing is we get to explore these characters in a much deeper way than we did last year. We’re just trying to go down that rabbit hole and see what happens.”

Casey Mink
Casey Mink is the senior staff writer at Backstage. When she's not writing about television, film, or theater, she is definitely somewhere watching it.
END_OF_DOCUMENT_TOKEN_TO_BE_REPLACED