The Inspiring Story Behind ‘Couriers and Contrabands’ 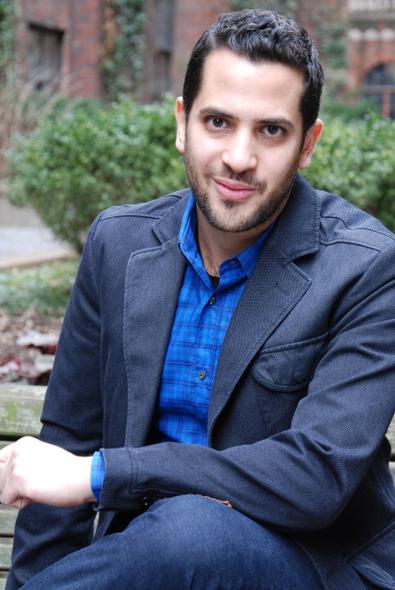 Director and co-developer Kareem Fahmy discusses the development and casting of the new Civil War spy thriller “Couriers and Contrabands,” by Victor Lesniewski, running Sept. 5–26 at the Barrow Group Theatre in NYC.

This month we’ve opened the new play “Couriers and Contrabands,” a thriller set in the final years of the American Civil War. It deals with the actions of covert operatives whose passing of intelligence irrevocably changed the course of the war.

This play was born out of my desire to create a piece where the input of actors was integral to the development of the characters and story. While not “devised” in the traditional sense, the playwright and I began by gathering groups of actors for monthly discussions about themes and concepts they felt were relevant regarding espionage and the Civil War. Actors responded to research we had gathered, shared ideas, took part in short writing exercises, and did improvisations. All of this served as creative fodder and inspiration for the play which Victor then wrote.

These initial workshops (which took place in 2011 and 2012) allowed us to interact with dozens of actors and build a community. In all honesty, these workshops also served as informal auditions. We got to feel out the energy of the actors—see how generative they were. While every single actor who came in was fantastic, some naturally gravitated towards the material with more ease. In our current cast of seven, three have been with the project since these first sessions.

Once the script was written we undertook a more traditional process of readings and exploratory workshops. This gave us the opportunity to meet even more actors. As with any reading, you’re asking yourself: Are they naturally responding to the material? Do they intuitively understand the role? How are they working off of the other actors? The readings allowed us to get a clearer sense of which actors were suited to this material—the language and dialect work being very specific—and how enthusiastic they were about the play.

In one case, an actor wrote to me after a reading: “I don’t normally do this but I love this play and this part, and I really would be thrilled to do it.” That overwhelming enthusiasm was truly inspiring to me as a director. He is one of cast members.

As we approached production, we realized that despite the many, many actors we had met over the years, we hadn’t found any who had “nailed” a couple of the pivotal roles. This led us to auditions where we met a huge number of new actors. We did not employ a casting director for this play so we had reached out to our personal networks of trusted friends and colleagues (other directors, playwrights, agents) with breakdowns. Every single actor who came in was through a personal recommendation. What emerged was a wave of fantastic actors who taught us a lot about what these characters could be. We filled the final three roles through the auditions.

Our cast of seven has gelled into a brilliant ensemble, despite some of them having been with the play for years and others only for months. All of them have demonstrated exemplary work and dedication to their craft. They’re creating some indelible performances.

For tickets and more information about “Couriers and Contrabands,” visit www.CouriersPlay.com.