‘Island; Or, To Be or Not To Be’ Entertains as Artfully Imaginative Plagiarism of the Bard 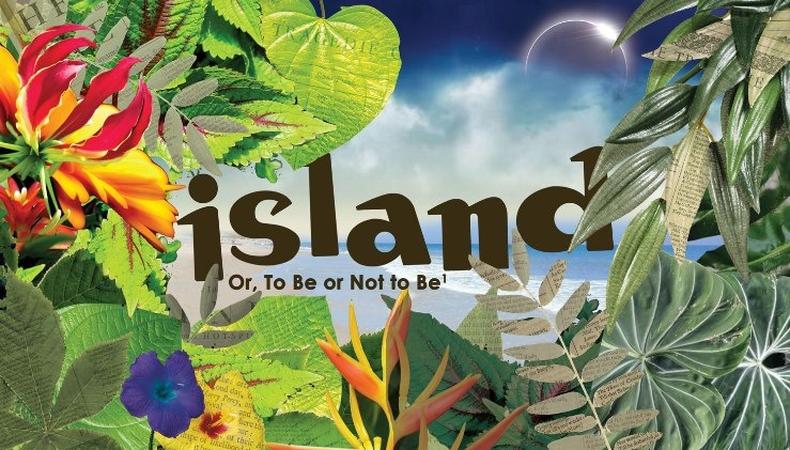 Kevin Brewer is almost too clever for his own good. Luckily, though, the playwright’s relentless plundering of the Bard of Avon’s canon—plots, characters, and language, gleefully reconfigured—in “Island; Or To Be or Not To Be,” given an elaborate and delightfully exuberant production by New York Shakespeare Exchange, is as much fun for the audience as it apparently is for Brewer. It’s a high-wire act of artfully imaginative plagiarism that Brewer negotiates carefully for the play’s two and a half hours.

The comedy is set on a fantasy island, not unlike the one in “The Tempest,” which a well-to-do family had used for its summer vacations and masquerade balls. But at one fateful ball, the young family head, dressed as “an obscure 17th-century monarch,” fell off his horse and awoke believing he was indeed the King John the Third. So as not to risk further troubling the trauma victim with reality, his wife before her death used the family fortune to buy the island; some dedicated friends remained to maintain the artifice. (If you’re familiar with the plot of Luigi Pirandello’s 1920s classic “Henry IV,” you‘ve realized that Brewer doesn’t restrict his inspiration just to Shakespeare. But Shakespeare certainly dominates.)

The man known as King John has raised his son, Prince Palamon, on the island, where he happily pals around with Arcite and Rosaline, the two children of John’s Polonius-like friend Escalus. However, the paradise’s placidity is threatened when two young ladies, K. and Julia, and Julia’s twin brother Aaron, are shipwrecked there. When the gals change into dry clothes—those of the missing Aaron—you can bet merry romantic complications, a la “Twelfth Night” or “As You Like It,” ensue.

Williams, who is also Shakespeare Exchange’s producing artistic director, notes in his program bio that he founded the organization in 2009 as “a vehicle for engaging audiences with classical theater in unexpected ways.” This show does just that. Sure, Brewer’s play is a sendup, but it’s also a smart appreciation of the genius that has made Shakespeare’s work so enduring.