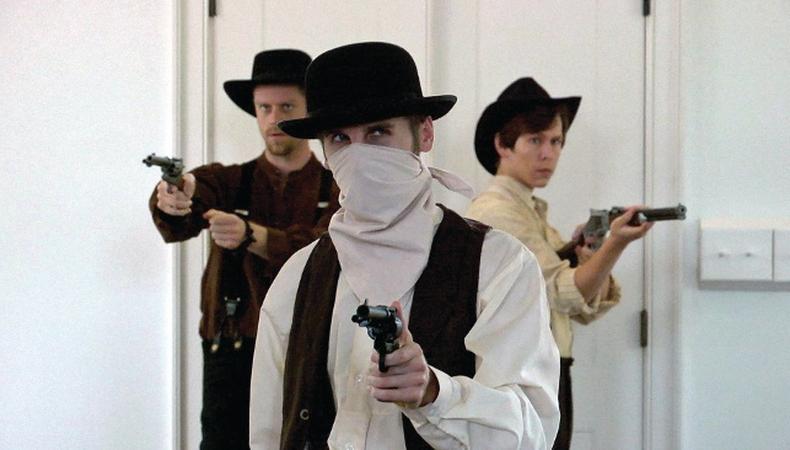 A Web series set in the 19th century could have been a disaster—but writer-director, wife-husband duo Kathryn O’Sullivan and Paul Awad have exceeded expectations and planted their flag in the Wild West of the Web with the award-winning period piece “Thurston.”

Set in the Kansas Ozarks but filmed on historic properties in Virginia and Maryland (and in a shuttered Western theme park), the drama follows the residents of a small mining town picked nearly clean by disease and misfortune. The characters tackle typical issues of the time—outlaws, Native Americans, illness—and their narratives interweave for a solid glimpse into the challenges of the 19th century.

“We got to thinking that Westerns are always the genre that starts the medium,” says O’Sullivan about a Western on the Web. A playwright and novelist, O’Sullivan has worked with her husband on various short films and a feature prior to “Thurston.”

“The silent films were Westerns, the radio was Westerns. We started thinking, well, that would be an interesting backdrop for storytelling.” Funnily enough, neither were particularly fans of Westerns, and Awad, a professional director in his own right, even discouraged his wife from watching them, so as not to “box her in” with the type of story she could tell.

Despite that, O’Sullivan’s script and production design (she also designed the costumes) capture the low-key essence of spaghetti Westerns such as “Once Upon a Time in the West,” but with a stronger female lead in Maggie Callaway, played by Catherine Frels. It was working with actors such as Frels that helped the writer build the story’s arc.

“You get to watch what actors are doing with a character and go, ‘Well, that was really interesting; I want to explore that more,’ ” she says. “It’s very collaborative even if the actors don’t realize, because what they’re bringing also helps shape what I write in the future for the character.”

Aside from Frels, the cast of 22 also includes Colleen Zenk (“As the World Turns”) as Agnes Snead, the town’s resident madam. Zenk approached O’Sullivan and Awad at the Indie Soap Awards and asked to be on “Thurston”; O’Sullivan wrote the part of Agnes for her and also cast Walt Willey, Agnes’ husband, after Zenk recommended the fellow soap star for the role. “It just ends up being a whole weird chain of events that all connect. It’s fun,” says O’Sullivan. “And we’re lucky, because we have a really strong theater community in Washington [D.C.], so we have a lot of talent to pull from.”

For now, the series is on hold as the two creators seek to solidify funding from big cats like Wells Fargo, but regardless, it seems a future “Thurston” is certain. “I dreamt all of Season 3 the other night,” O’Sullivan says. “That doesn’t always happen as a writer! I had to wake up and write it all down. My husband was like, ‘Oh boy, I know that look!’ ”

Briana Rodriguez
Briana is the Editor-in-Chief at Backstage. She oversees editorial operations and covers all things film and television. She's interested in stories about the creative process as experienced by women, people of color, and other marginalized communities. You can find her on Twitter @brirodriguez and on Instagram @thebrianarodriguez
END_OF_DOCUMENT_TOKEN_TO_BE_REPLACED