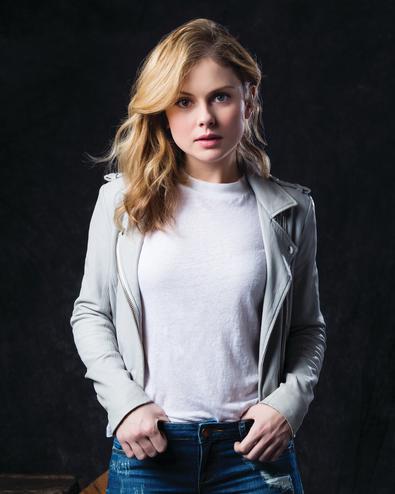 Rose McIver began her acting career in New Zealand at age 3. With previous roles on “Masters of Sex” and “The Lovely Bones,” the actor now stars as the flesh-eating Liv in the CW’s new horror-comedy show “iZombie,” which premieres March 17. She chats with Backstage about eating brains, American accents, and the advice she has for performers of all ages.

On getting the lead role in “iZombie.”
“I had been doing pilot season for a couple of years and I was working on a telly feature, a television movie—I can never remember that when I say ‘telly’ Americans laugh—then this role came up; it was one of those cases of stars aligning. I had been out for lots of different things in the past and hadn’t been passionate about every single pilot I was going out for. I knew the showrunner and we had a lot of mutual friends. And I knew what a great job he had done with ‘Veronica Mars’ and ‘Party Down.’ I got the job and went up to Vancouver immediately—it was all a bit of a whirlwind.”

On her zombified character, Liv.
“I’ve never played a character like Liv before, and I don’t mean just that she’s a flesh-eating zombie. She has a very wry sense of humor and a lot of strong independent female qualities that we don’t see enough of in television. She was a medical resident working in a hospital and then was turned into a zombie in the middle of the night. So she’s lost her sense of identity and purpose, she’s feeling a little lost and cynical and she’s working in a morgue so she can eat the brains of people who have passed away.”

On the zombie genre.
“When I saw the title I was a little hesitant because there are several zombie shows that do it really well. I love ‘The Walking Dead,’ the little I’ve seen of it. When I read the show I realized we were really subverting a lot of the ideas in the zombie genre. And then I started looking into classic zombie films: I watched ‘Night of Living Dead,’ the trajectory of how the genre has changed with ‘28 Days Later’ [and] ‘Dawn of the Dead.’ Aside from the cool effects they use, the isolation these characters feel when there’s a real threat of a zombie apocalypse coming is as much a story device as it is shocking and gory to watch.”

On child acting.
“If you’re small and can speak clearly and you’re a cute kid, that’s the craft, really. The whole child actor thing can be dangerous sometimes. Other kids were taking piano lessons; I did ballet and acting. Those were the things I enjoyed and by the time I was about 5 or 6 I was getting a strong sense of the creativity involved in acting, bringing a character to life. I vividly remember being directed by Jane Campion, her way of communicating with me. I could tell she was asking me to do things differently. I wasn’t feeling a vast amount of pressure from parents or agents or friends. I was very much still allowed to have my school life. That’s I think why I have been able to transition into working as an adult and not harboring any hard feelings.”

On mastering dialects.
“I developed a very specific ear to what sounded natural. There’s a definite intonation change between accents, but you don’t want that to be too exaggerated and to take away from the natural tone of your own voice. When I did ‘The Lovely Bones’ I was working with a family that was from all over the place; Rachel Weisz was British and I was a New Zealander, Saoirse [Ronan] was Irish, and Mark Wahlberg and Christian [Ashdale] were both American. So we all worked with a dialect coach to make sure we could feasibly be in the same family. And if you’re not in a position to afford to hire a dialect coach, YouTube is brilliant. I had to do a Northern England accent once, and I didn’t have much time so I went and pored through YouTube. There are all sorts of resources out there. The Internet has made that much more affordable. Don’t break your neck to spend your money.”

On advice for other actors.
“The best way to study to be an actor is to interact genuinely with the people around you and observe and listen. We can get carried away with our heads in books, and although there’s so much to be learned from that, I think sitting in a café and speaking with someone—whatever it is, their mannerisms, their choices, are just as valuable as any class you can go to. If you really engage with the people in your surroundings and not just keep your head in your phone, as we all tend to do sometimes, that can be incredibly valuable.”

On her audition philosophy.
“A lot of it is just resilience and not being heartbroken every time somebody says ‘No’ [after] an audition. The effect that can have on your next performance is very tangible—knowing your self-worth is not in the hands of casting directors. I think you can just feel that energy in a person, when they’re needy or wronged or not as confident or surefooted; it’s easier said than done. But every time you go into an audition they’re just as lucky to be meeting you as you are to be meeting them.”

Jack Smart
Jack Smart is the awards editor at Backstage, where he covers all things Emmy, SAG, Oscar, and Tony Awards. He also produces and hosts Backstage’s awards podcast “In the Envelope” and has interviewed some of the biggest stars of stage and screen.
END_OF_DOCUMENT_TOKEN_TO_BE_REPLACED