Jack of All Trades, Master of None: Are New Skills Always Worth It? 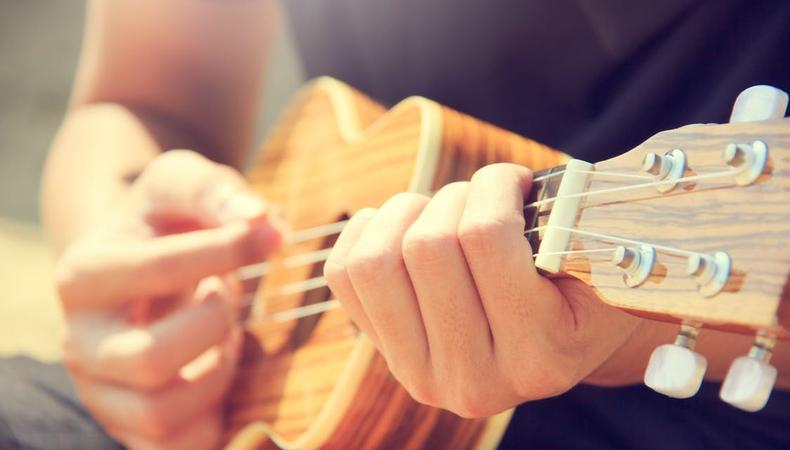 Sometimes, I equally fascinate and annoy people with my tendency to take common sayings and pull them apart for deeper meaning (or understanding). In the process, some truisms seem to fall apart entirely, but others become richer for the exploration. Take for instance the saying, “Add another string to one’s bow.”

When considered as a practical addition to a hunting bow, for instance, a second string could surely only get in the way. If one is supposed to now have the added benefit of firing two arrows simultaneously, that would make the mastery of hunting even more difficult, not easier, hence defeating the purpose. Unless one practices for (at least) twice as long.

Looking up the etymology of the phrase, it’s possible that “another string to one’s bow” may also refer to a musical instrument, but in this case, my question is why was the musician short a string in the first place? Yes, if your guitar has only one string then you would be wise to add others, but if your instrument is created for its initial purpose correctly, it should already have the optimum number of strings when you pick it up. What then could possibly be the purpose of adding extra strings to a perfectly functional instrument?

Far from wanting to annoy people with deep-diving into the etymology of clichés, my desire is to get to the bottom of where the wisdom first originated and find a way to apply it in a practical way today. After all, every cliché was originally created to solve a common problem.

READ: The 1 Thing Better Than Being a Perfectionist

Imagine you begin learning to play a 12-string guitar or to hunt using a two-string bow. What you would be able to achieve with an incredible amount of training and dedication is literally twice what anyone else could produce. You could fire two arrows simultaneously and take down twice the prey with a two-string bow (like Legolas, from “Lord of the Rings”) or create a dramatically richer and fuller sound from a 12-string guitar. This seems to me to be the original purpose of the advice. That’s useful, but only if one realizes that a great deal of extra work is required to make the most of the new string.

So what of those who add a second string to their bow and only fire one arrow at a time anyway? Or a guitarist, who doubles the number of strings, but uses just half when playing a song? Clearly the extra strings would be redundant. What’s the solution? Add the strings and learn how to use them like a master, or else keep the strings you have and learn to use them like a master. Either way, the number of strings you have is entirely irrelevant. Mastery is the goal.

Whenever people see a great photograph or cinematic image, their response is to marvel at the camera or the lens. But pieces of plastic and glass are nothing without the artist operating it. A master photographer with a basic Polaroid camera manufactured fifty years ago can create a masterpiece, whereas a novice can produce trash using the most expensive prime lenses on the planet.

Mastery is the artist’s goal, not multiple avenues to mastery. Each time I hear people advise that actors get another string to their bows, I ask why. The answer is usually to create work or fill time instead of waiting for the phone to ring, but what’s missing in this advice is mastery. Though it may be fun—and even beneficial—to learn a new skill, it can also take away time, money, and energy from the one thing you’d truly like to master. If you wish to master two things, then be prepared for it to take up at least twice the time and resources, as well as producing at least twice the frustration. If you’re happy with that as the downside to having an additional string to your bow, go for it. If not, you’d be better focusing on what you have and doing it infinitely better than anyone else does it.

The challenge ultimately is to balance the need for quality and quantity, and in this world demanding such high turnover of content, it is easy to think that at the end of the day quantity wins. When I think of Tarantino’s films or Daniel Day-Lewis’ mind-blowing performances—each one often having around five to seven years between releases—one would be hard-pressed to convince me that quantity is our goal in the long run.

There’s nothing at all wrong with multi-skilling and if you can spare the time, do it. But Jacks-of-all-trades are common these days. Artists who find one love and practice it until they reach the level of mastery are few and far between.

It’s up to you, but in ten years you may just be grateful you started mastering one skill today.

Paul Barry
Paul Barry is an L.A.-based Australian acting teacher, author of “Choices,” and a Backstage Expert. Barry runs on-camera classes in Santa Monica as well as online worldwide and conducts a six-week program called Dreaming for a Living, coaching actors, writers, and filmmakers in how to generate online incomes to support their art.
END_OF_DOCUMENT_TOKEN_TO_BE_REPLACED