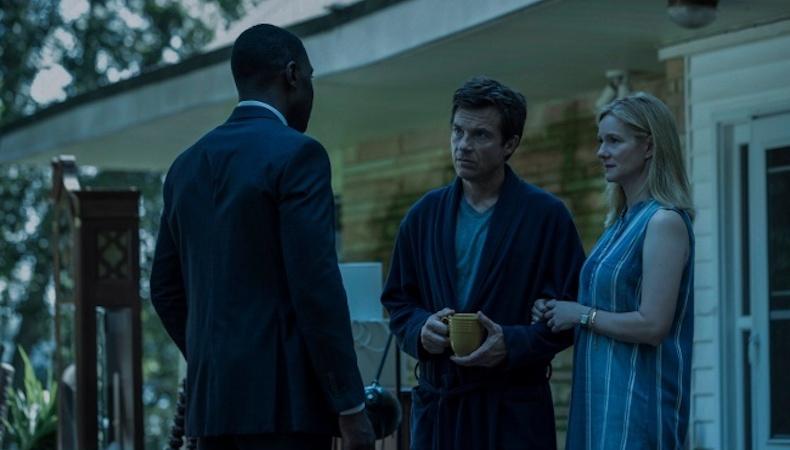 Jason Bateman is taking a page out of Bryan Cranston’s “Breaking Bad” book with “Ozark,” Netflix’s new drug cartel and money laundering series co-starring Laura Linney. The hourlong drama stars Bateman as Marty Byrde, an antihero in over his head who, when faced with fatal consequences, is forced to uproot his family and move them to Lake of the Ozarks in rural Missouri.

The engrossing series from creators Bill Dubuque and Mark Williams is an at-times horrifying account of a family forced to face the consequences of their actions. It also marks a surprising creative challenge—and breakthrough—for Bateman, who’s attached as star and executive producer and directs four of the 10 episodes, including its nearly feature-length finale. Bateman savors the cross-department workload. While he “would hate to sound too strategic,” he says that although other Hollywood actors may work for fame or the big paycheck, he’s long sought out more responsibility on set throughout his 30-plus years in the business.

For him, that has meant directing; he’s previously sat in the director’s chair for feature films “Bad Words” and “The Family Fang,” plus episodes of “Arrested Development” and others. “[Directing is] a much more complicated job, and it also requires much more of a 360-degree knowledge of the process,” he says.

As Bateman explains, though, having the “leverage to ask for what you want” as an actor doesn’t happen overnight. So how did he land “Ozark” director and executive producer credits when Dubuque and Williams approached him to play Marty?

“If people respect you, they want to hire you. I end up respecting people more for the work they’ve done as opposed to the amount of money they’ve made or the amount of fame they have,” Bateman says. “So that’s a good lens to look through the choices when you have them: Try to [determine] which is the most respectful way to go, and then that usually leads to another pretty good job. It just gives you more longevity, because it’s the more solid stuff. Fame and money are pretty fleeting.”

Taking the long view has taught Bateman about the kind of director he likes to work with, which only enhanced his own on-the-job approach with vets like Linney (here playing Marty’s wife, Wendy) and with fresh talent like Sofia Hublitz and Skylar Gaertner, who play Charlotte and Jonah, Marty and Wendy’s kids.

“I’ve got a real light touch with actors as a director,” Bateman says. “I’m kind of old-school in that [I believe] that’s your character to play in any way you want. That’s your creative prerogative. As long as we have an agreed-upon finish line, how you get there is up to you.”

It was his job as director and E.P., however, to cast actors who fall between the “tonal goalposts” of the project. The approach allowed the cast to “feel free to just let their instinct take over and enjoy it, as opposed to trying to chase some target that I might be giving them, hoping that they say it exactly the way I imagined it.”

That, then, begs the question of what clicked with Bateman in the audition room. He says realism was key.

“What was exciting to see was any time an actor came in and just trusted that what was written was enough,” he recalls. An actor who could play a natural everyman over “some big flowery character” was more likely to get the call. “Sometimes, that’s a tough thing for an actor to feel comfortable with, because it doesn’t feel like you’re doing that much,” Bateman admits. “At least for myself, you feel like you’re kind of obligated to do a little bit…but that, incidentally, is overacting. So the people who have the talent and the discipline to really lean back and trust [the material] were the right fit.”

Want to star in a series like “Ozark”? Check out Backstage’s TV audition listings!

Benjamin Lindsay
Benjamin Lindsay is managing editor at Backstage, where if you’re reading it in our magazine, he’s written or edited it first. He’s also producer and host of a number of our digital interview series, including our inaugural on-camera segment, Backstage Live.
END_OF_DOCUMENT_TOKEN_TO_BE_REPLACED