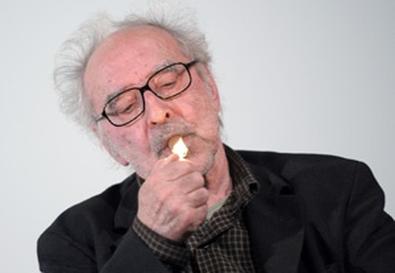 Where is Jean-Luc Godard when you need him? The motion picture Academy has spent almost 24 frantic hours trying to reach the iconoclastic filmmaker ("Breathless") to inform him he's getting an honorary Oscar -- and by late Wednesday they still hadn't been able to find him.

Godard, a Swiss citizen born in Paris, is notoriously anti-Hollywood. He's also anti-flying and has avoided long plane flights, one insider said, because he's not allowed to smoke.

This means Godard, 79, could be one of the rare no-shows for an honorary award. Audrey Hepburn died in 1993 before her prize could be presented.

"We've been attempting to reach him since 7 o'clock Tuesday evening and we have as yet had no confirmation," Bruce Davis, the Academy's executive director, said late Wednesday afternoon. "We have tried by telephone, by fax, by emails to various friends and associates. We have sent a formal letter by FedEx. But we have certainly not been told he will show up at this point."

Davis said that possibility played no factor when the Academy's board determined recipients of the honorary Oscars, which will be presented in November at the second annual Governors Awards. Other recipients will be Eli Wallach, Francis Ford Coppola and Kevin Brownlow.

The Americans were informed Tuesday night. Brownlow was awoken in London by a call from Academy president Tom Sherak.

"They were all thrilled, Mr. Brownlow especially," Davis said of the silent film historian. "He had no idea why the president of the Academy had reached him in the middle of the night."

Presumably, at this point, Godard has no idea either.