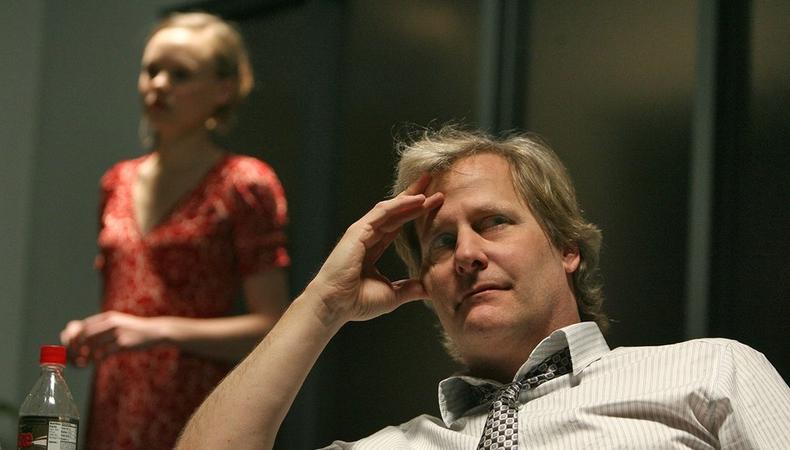 A “Newsroom” reunion is heading to the Great White Way.
A slew of stage and screen veterans have been assembled to star in Aaron Sorkin’s Broadway adaptation of Harper Lee’s “To Kill a Mockingbird.” Beginning performances Nov. 1 at a yet-to-be-announced theater, Jeff Daniels will lead the ensemble in the role of Atticus Finch (the actor reunites with Sorkin following their HBO series “The Newsroom”). Daniels will be joined by Mainstem stalwarts Celia Keenan-Bolger, Gideon Glick, Stark Sands, LaTanya Richardson Jackson, Will Pullen, and others. The play, a collaboration between Scott Rudin and Lincoln Center, will also feature an original score by Adam Guettel (“The Light in the Piazza”). Bartlett Sher, helming this season’s incoming “My Fair Lady” revival, will direct.

“Torch Song” passes the torch to Broadway.
Following a rapturously-reviewed (and sold out) production Off-Broadway last fall, Second Stage has announced that Harvey Fierstein’s “Torch Song” will move to Broadway this fall. Stars Michael Urie and Mercedes Ruehl will also be reprising their roles in the play, which will open Nov. 1 at Second Stage’s Broadway house, the Hayes Theater. Moisés Kaufman, also reprising his duties, will direct the limited engagement.

“Saint Joan” assembles a heavenly ensemble.
MTC’s incoming Broadway production of “Saint Joan,” featuring Tony nominee Condola Rashad in the title role, has filled out its cast with a bevy of stage and screen stars. Joining Rashad when the production begins previews at the Friedman Theatre on April 3 wil be Adam Chanler-Berat, Jack Davenport, Daniel Sunjata, Max Gordon Moore, Matthew Saldivar, as well as the director Walter Bobbie (“Chicago,” “Bright Star”), returning to the stage as an actor for the first time in more than 20 years. The new play, written by Nobel Prize winner Bernard Shaw, will be directed by Tony winner Daniel Sullivan.

Hello, Santino!
Broadway’s “Hello, Dolly!” will welcome Tony nominee Santino Fontana into the role of Cornelius Hackl for a limited engagement beginning March 13. Fontana, who will be starring as the title role in next season’s “Tootsie” on Broadway, will be filling in for Gavin Creel (who won a Tony for the role last June), while he recovers from back surgery. Fontana joins a cast now led by Bernadette Peters and Victor Garber.

Casey Mink
Casey Mink is the senior staff writer at Backstage. When she's not writing about television, film, or theater, she is definitely somewhere watching it.
END_OF_DOCUMENT_TOKEN_TO_BE_REPLACED