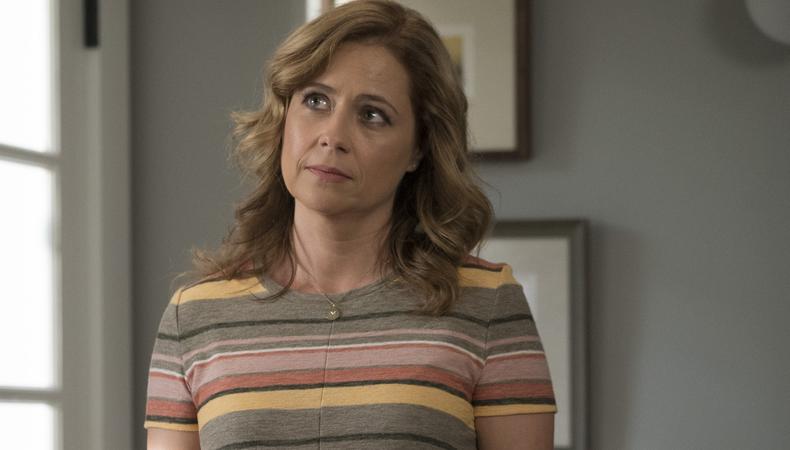 “I did always feel like there was this void,” recalls Jenna Fischer about the early days of her career. At the time, she’d been cast on “The Office” as Pam Beasley, but was still finding it hard to find real-deal insight on what the life of an actor should look like. So she decided to write a book. It wasn’t going to be a juicy Hollywood tell-all or have a focus on being a working mother. “The book I want to write is the book I wish I’d had when I started acting,” she says.

Fischer talks candidly about relocating from St. Louis to Los Angeles, getting fired from a sitcom, dropped off a pilot after it went to series, and all the feelings of humiliation and career-questioning her career entailed in “The Actor’s Life: A Survival Guide.” If you’re looking for someone to talk you through everything from how to distinguish union and nonunion gigs and how to get into SAG-AFTRA in the first place (and what’s needed to do to maintain a membership), to how to move beyond your failed headshots to find one that truly shows your personality (she was cast on “The Office” when she finally nailed it) Fischer is one to look to.

Her recent work includes a starring turn on ABC’s “Splitting Up Together,” about a couple who finds their romance once again sparked in the midst of the trash fire that is their divorce, and a guest spot on TBS’ “The Guest Book,” not to mention film work in last year’s “Brad’s Status” and Clint Eastwood’s “The 15:17 to Paris.”

After working across multiple mediums and for decades, one of her top pieces of advice for young actors looking to dig into this business? Watch every pilot on network, cable, and streaming. “I like to have a working knowledge of what’s on television. That is my focus, my career,” she says. “And what’s great about that is that you’re just following the tone of different shows, of different outlets.... If you get an audition for a television show, you really oftentimes just have time to memorize your lines and get to the right location. You don’t have time to go back and watch three episodes of that show so that you know where your character fits into the series arcs and that sort of thing.”

When starting out, to find the right gigs, she references Backstage: “I would run to the newsstand, like old-timey newsstand, and get my copy, and then go to a diner and sit. And it was just the best day because it was the day that I might see a casting notice that was going to change my life. And I would circle all of the notices that were vaguely right for me, and I would put stars next to the ones that I was perfect for,” she says. “There was no LACasting.com, there were none of these websites [back then]. A nonunion actor’s only access back then to legit casting notices was through Backstage.”

Now, Fischer is a long ways away from nonunion gigs. She has 1.7 million Instagram followers and over 978k on Twitter, but she clarifies: social media is no way for a young actor to get noticed.

“My personal feeling is that young actors need to spend more time in acting class and less time on social media. I personally don’t think that you should be worried about branding yourself on social media if you’re not in the union and you don’t have an agent. I just think that you’re aiming at the wrong target,” she notes. “In my experience, I’m not seeing people getting cast because they have so many followers. I’m not seeing that it’s down to two actors, and then the casting director and producers are checking to see who has a bigger Instagram following.”

Since releasing the book, actors seasoned and novice have found its contents helpful: “There was an actress who wrote me. She had just finished two seasons on a television show, and she just found out her show was canceled and she couldn’t believe that she had to start all over again.... And I get it. You’re at the top of the mountain and all of a sudden you find yourself at the bottom of the mountain staring up the hill again. That is this business. And if you stay in it, it’s going to be that way your whole career.”