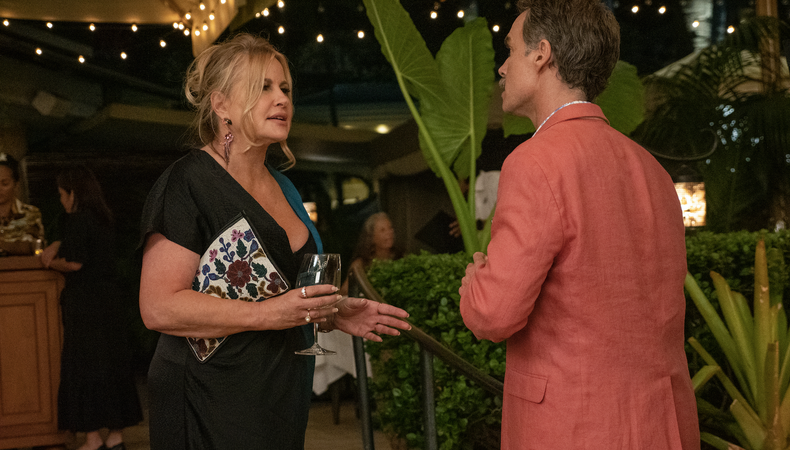 No one delivers a line quite like Jennifer Coolidge. Whether she’s playing an evil stepmother, a manicurist, or a film producer, Coolidge makes ordinary statements uniquely hilarious. She earned an Emmy nod for her scene-stealing turn as Tanya McQuoid, a grieving socialite looking to spread her mother’s ashes in the Hawaiian paradise of HBO’s “The White Lotus”; the deep, unhinged performance has made her a fan favorite. The character will return for the second season, which is set in Sicily with a new story and (mostly) new cast.

What can you tell us about Season 2 of “The White Lotus”?

[Creator, writer, and director] Mike White wrote this epic tale. Sometimes he goes to Paris and he rents an apartment and he locks himself in and writes all day, and then he’ll go out for dinner and come back and finish. I don’t know anyone like him. I just can’t believe there’s this one guy that sits there and creates this massive story. He found incredible actors—a really interesting bunch of people. Of course, we had this amazing backdrop of Sicily. I’ve never filmed in Italy. I’ve never seen Sicily at all—not one drop of it.

What went through your mind when you read the scripts for the first season?

I almost made the mistake of not doing [the show]. Mike had written another show for me that HBO passed on. Then COVID happened, and I was self-destructing at my house down in New Orleans, just holed up with a friend, pounding the vegan pizzas. When Mike told me [“The White Lotus”] was happening, I wasn’t going to do it. Even though I read it and thought it was incredible, I wasn’t ready to do it. COVID was a weird thing, and psychologically and physically, I didn’t feel up for it. I was going to tell Mike I had a health problem and I couldn’t go. Then my friend talked some sense into me. How lucky I am to have a great friend who talked some sense into me? When you read stuff with Mike White, you’re like, “Wow.” He writes people; they’re never one-dimensional. He gives you so much to play with.

RELATED: How to Get Cast on 'The White Lotus'

What has playing Tanya added to your acting skills?

I had the advantage of knowing Mike White [already]. We met way back in 2007, 2008. He knows me and knows some of the stuff I’ve been through in my life. He did write things that were parallel to my life, and that helps, when someone writes a storyline that’s similar to what you’ve lived, especially hardships. I lost my mother at an early age, and I don’t think I ever recovered. The story that we were telling in the first season of “White Lotus,” my character was really sad. I had just done eight months of being locked up during COVID, and it was an incredibly sad time. It was easy to tell a sad story. If you personally experience something, you can tap into it really easily.

You said in an interview that it wasn’t until White wrote you this part that you got to play a different kind of role than you usually do. In the past, how have you dealt with the tension of wanting to work but being offered roles you felt were all the same?

That’s the great thing about when something like this happens. People say, “Oh, you’re so lucky; now you can get new jobs.” That is true. I did feel like I was the COVID girl. I flew from Hawaii directly to the Dominican Republic and did this film with Jennifer Lopez and Josh Duhamel, and after that I flew to Montreal and did this Christmas movie, and after that I flew to New Orleans and did this ghost movie. During COVID, I’ve never worked so much in my life. People only remember “American Pie” and “Legally Blonde” and really don’t see you doing anything else. I did “Best in Show” and some Christopher Guest films, but you do have people offering you the same sort of thing. [“The White Lotus”] opened the doors for other stuff. The scripts that have come in recently, I’m like, Oh, my God, no one would’ve ever asked me to play this part. “White Lotus” did this. How cool is that?

The first really big job that I got was “Seinfeld,” but right before it was this tiny little thing where I was a woman behind a hedge who comes up with these big clippers. It was one or two lines. They were very disappointed to hear I wasn’t SAG, and they decided to give me my SAG card through the part. Then, right after that, I got “Seinfeld.” I got that and this job called “She TV,” which was this female sketch comedy show; it only aired three or four episodes. I got those both on the same day.

What kept you hanging in there when things got rough?

I feel like I’ve only done a couple things right in my life, but one of the cool things that I did do is I have the greatest friends in the world. Killer friends can save you in the darkest hours. I made these great friends in the Groundlings. The other great friends I had were when I was working in New York City at a restaurant. But I also think having a distraction, having something else to put your energy in. I have this house in New Orleans I’m still renovating. I would go down there, and I would forget I’m an actress not working. 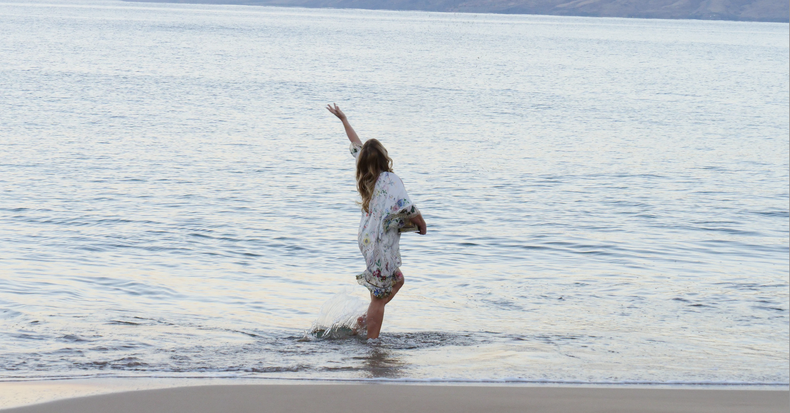 I went in to audition for this pretty big movie. It was a good part, and it would’ve been a makeout scene with a very handsome, famous actor, so I was very excited about it. It was a husband-and-wife directing team. I started my audition, and they started a conversation while I was doing my audition. It was so weird. It never occurred to me to get up and go, “Alright, see ya.” Looking back, I should’ve gotten up and left. There was another one where I went into an audition and my phone rang during the audition, and I couldn’t turn it off. I kept trying to sit on the phone.

Auditioning can be very vulnerable.

There’s nothing more horrifying than the audition process. I have so much sympathy for actors, because it’s not a natural setting. You’re auditioning in a brightly lit office where you’re acting out a jungle scene. Everyone’s six inches from you in these tiny offices. How the hell can you possibly give a good performance? I do feel like this amazing thing is happening for actors nowadays. A lot of people who wouldn’t be working back when I was trying to get jobs are working now because they can send in a reel. They can send in their audition. They can audition in comfortable surroundings with a friend of theirs filming it for them. You can get a great performance on tape and send it in. Back when I was doing it, we all had to go in these tiny rooms with these casting directors and producers seeing too many people, and they were over it—and you could see the disgust on their faces, and they were only a couple feet from you. Then you have to sit in a room with all the competition outside in the waiting room. A lot of people you knew. They’d come up and talk to you and you’d go in, and you’re like, I just had that conversation with Sally, and I don’t remember what part I’m auditioning for. I’m so distracted. I don’t ever want to go back to those days. 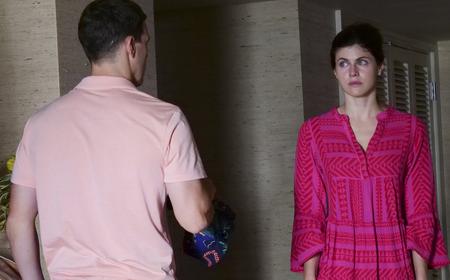 Self-taping really has made things easier for people.

Yes! You don’t want to see the looks of disappointment when you walk in and you have to continue the audition anyway. You send it off, and you’re not a part of their hating process.

What audition advice would you give to actors?

Don’t stand around and talk with the people afterward. You should leave the room so they’re left with your performance. Sometimes, I would finish the audition and they would ask me about my life; and if maybe I had a shot, I would undo getting the part. We want the job, so we unconsciously say stuff because we’re people pleasers. You should do it and run for the exit. Just tell them you’re running to get a flight.

I lost hope that anything really cool was going to happen. Some of the most talented people I’ve ever met in my life have given up before something cool happens. I feel very sad about that. I know people who were much more talented than me who got tired out by the business. I wish they’d hung in there. At the last hour, something good can happen. I never expected this moment, but it makes me more hopeful that things can change.

How do you think your improv and comedy training has informed your career?

It was very, very helpful. Half of the Groundlings training was sketch writing and performing them onstage, and the other half was improv. That was such a brilliant combo. I started writing these comedic sketches from all these humiliating jobs I had. That’s where the best comedy is. It was really therapeutic. If I didn’t have to have those jobs, I don’t know it would’ve gone the same way.

I saw David Bowie do “The Elephant Man” on Broadway, and I thought that was life-changing.