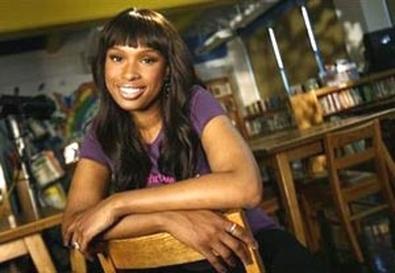 Hudson, 29, has dropped five dress sizes since joining a Weight Watchers program last year -- and having her first baby.

"I can't wait to perform again -- with my new body," Hudson told Reuters at a New York school, where she helped launch Weight Watchers "Lose For Good" campaign to help fight obesity and hunger in young people.

Hudson, who is a Weight Watchers spokeswoman, said her new svelte frame would enhance her stamina when she hits the road to support her second album, expected in early 2011.

But the struggle to stay fit will be a lifelong challenge.

"It's a lifestyle. It's not an on and off switch," she said.

Hudson, a former "American Idol" contestant, won a best supporting actress Oscar for her role in the 2006 musical "Dreamgirls". Her 2008 debut album "Jennifer Hudson" yielded a Grammy and has sold more than one million copies.

Hudson recently finished shooting her role as Winnie Mandela in a movie about the life of the controversial ex-wife of former South African president Nelson Mandela.

The singer said she was in the early stage of working on her new album but said she wanted the music to be "more flexible, more diverse".

"I definitely want it to be more personal than the first album, and just more me -- whatever that is, I don't know yet but I'm going to find out," Hudson said.