Jennifer Lawrence Is a Hero; Plus More From the Issue! 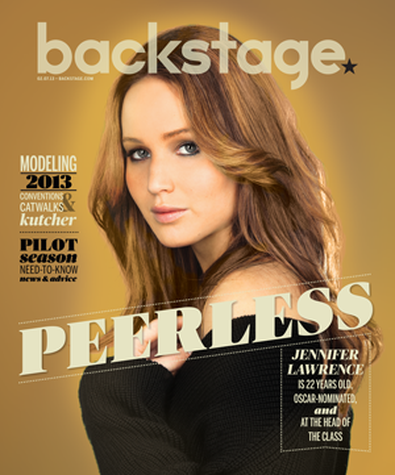 Following in the footsteps of Ryan Gosling and Mila Kunis, Jennifer Lawrence was dubbed a real-life superhero last year when she stopped to help a teenager who collapsed outside her apartment complex. Because paparazzi snapped photos of the event, much was made of it in the press, but Lawrence downplays her actions as nothing heroic.

“There was a girl passed out in the yard, and I ran over to her, and her eyes were kind of rolling back,” she says. “I tried to wake her up and said, ‘What did you take?’ She just went, ‘Vodka!’ I was like, ‘Hon, I’m a vodka expert; this does not happen from vodka.’ So I tried to get her phone to call her mom, and her phone was dead. That’s when I saw the paparazzi and was like, ‘Really? In a moment like this?’ ”

An ambulance was called, and the young woman ended up being OK.

“That’s the story. I didn’t save anyone’s life; I just got her in really big trouble with her mother,” Lawrence says with a laugh.

“She probably hates me. All her friends are probably like, ‘We’re going to go see “Hunger Games!”’ And she’s like, ‘I’m not—that bitch got me grounded!’ ”

Also in this issue, Backstage looks at the hidden dangers of talent conventions, the various categories of modeling (from catalog to hands), and five former models who went on to have successful careers as actors, proving that sometimes a pretty face is more than just a pretty face. For these and more stories, pick up a copy of the issue on newsstands Feb. 7.