Jonathan Groff on ‘Hamilton,’ ‘Looking,’ and the ‘Glee’ Finale 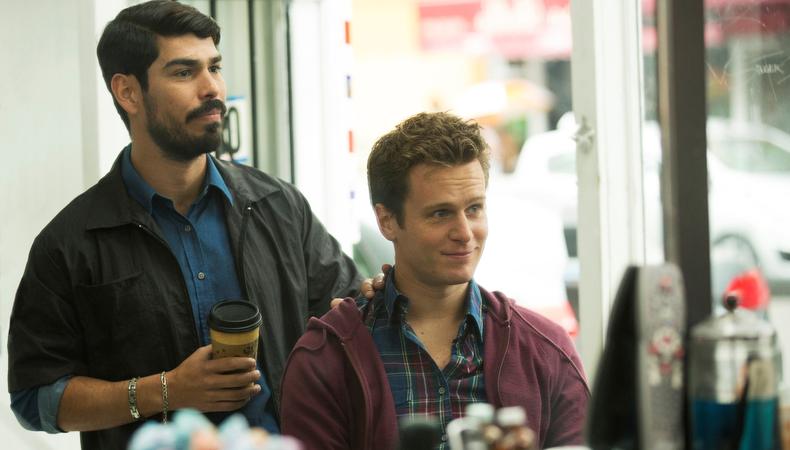 Backstage cover star Jonathan Groff has a lot on his plate at the moment. Days before HBO announced that the recently concluded second season of “Looking” would unfortunately be its last, the show’s star dished to Backstage about his new role in Lin-Manuel Miranda’s revolutionary new musical “Hamilton” at the Public Theater, and the end of an era with “Glee’s” series finale. (Plus, he just turned 30. Happy Birthday, Jonathan!)

Tell us about getting involved with “Hamilton.”
It’s been amazing. I replaced Brian d’Arcy James in the show; I’m a big fan of him. He was so gracious and easygoing. I was in L.A. when I found out I was going to go into it, and he called and left me a voicemail that was so sweet, just saying it’s such a great experience. So then I showed up three weeks ago, I had two days of rehearsal, and I saw the show a bunch of times in a row—and was totally blown away. Lin watched it with me at one point, he was taking notes in the audience. And he was like, “Are you going to be OK?” because I was just hysterically crying through the whole thing. I just think it’s so groundbreaking and so moving. Being in it is a total blast. It’s such a great group of people, the kindest, most generous company. It’s amazing when the high level of talent onstage is matched by the high level of generosity and kindness in the cast.

How did you pull off such a quick preparation for the role?
They contacted me maybe two weeks before they opened. They were in previews, knowing that Brian was going to have to leave to do “Something Rotten!” I had not seen or heard the show, I didn’t know anything about it. And I was just like, Yeah, sure, because I love [director] Tommy Kail and Lin and the Public. Alex Lacamoire sent me really great rehearsal tapes of the songs, so I was in my car in L.A. learning from the tapes. Tommy came in and met with me one-on-one. Even though it was a quick turnaround I felt really supported by the creative team and the cast, so it ended up being a seamless transition. And Brian was so cool. He did this coronation for me that he created completely on his own, where he basically crowned me—like, passed the crown and the little garter onto me as King George the Third, the Second. It was really awesome.

What does playing King George entail?
I’m literally onstage for eight minutes. It’s sort of standalone; it’s the ideal role to step into because a lot of the stuff he does is sort of singular. It’s not complex dance numbers I’m trying to get into. The costume is insane! And the songs Lin has written for the role are so perfectly written. The show moves fast and so much happens. Lin’s written me three perfect songs that come in just at the right moment in the show. It’s a real treat to get to do every night.

Tell us about “Looking.”
The finale just aired...it’s been amazing to see this swell of all these essays and articles—the New York Times just released an article asking for a third season. We care about it so much and it feels incredibly personal, so to feel this wave of support for the show has been awesome. The actors, writers, producers, we all feel connected to each other and connected to the characters. We’re really hoping we can come back for a third season. Time will tell. That’s the weird thing about television: you never know when you’re acting the ending or what’s going to happen. 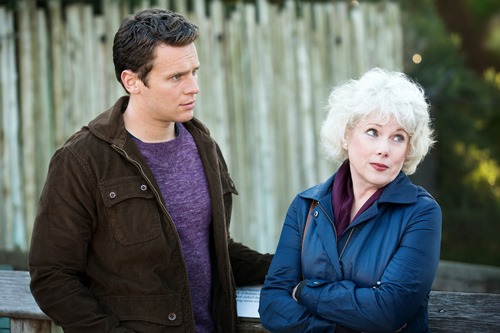 What did you learn about Patrick in Season 2?
The thing that’s disarming about Patrick, from getting the pilot script to then acting the final episode of the second season, is that he’s incredibly complex. The more we investigated his family life, and the more you see him react to being in different types of relationships, you realize Patrick has a lot of shit going on, and a lot to figure out and work through. In the second season the writers have really expanded the emotional lives of the characters. In particular the finale, which was this epic relationship discussion between Patrick and Kevin. I feel like we hit a lot of levels and notes in that argument. [Director-producer] Andrew Haigh comes from the independent film world. His work always has a surprising way of sneaking up on you. He’s very unassuming as a person and an artist. I think you end up getting more swept away by the stories he’s telling than you initially expected because you’re so disarmed by the simplicity in the beginning.

How does it feel to have finished “Glee?”
I sort of felt like a person viewing the show from the outside who occasionally got to dip in. Watching the first 13 episodes, and being friends with Lea [Michele] and being so happy for her, and then popping in and out as the years have gone on, it’s been amazing to watch the show evolve. To see that cast and crew that has been working so hard for seven years, never less than a 12-hour day—they work their asses off. They all put their heart and soul into it. It’s an amazing feat. I feel really proud to be a part of it. I feel like it did a lot for arts education; when it first came out it made singing and musical theater stuff cool again in its way. It was very much a zeitgeist thing when it first came out. Hopefully in reruns for decades to come, kids who feel like outcasts or who love singing will be able to tune into that show and enjoy it.

Jack Smart
Jack Smart is the awards editor at Backstage, where he covers all things Emmy, SAG, Oscar, and Tony Awards. He also produces and hosts Backstage’s awards podcast “In the Envelope” and has interviewed some of the biggest stars of stage and screen.
END_OF_DOCUMENT_TOKEN_TO_BE_REPLACED