To Get Cast By Josh Thomas, You Need to Take a Joke 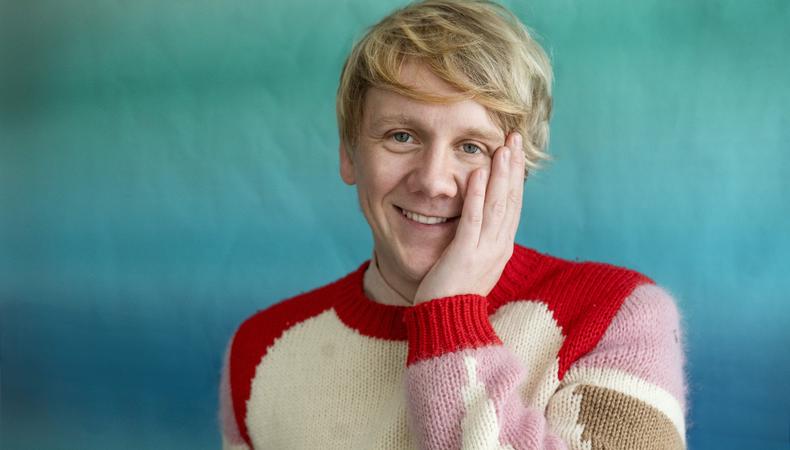 After four critically acclaimed seasons on Pivot’s “Please Like Me” and now with his new Freeform series, “Everything’s Gonna Be Okay,” writer, producer, and actor Josh Thomas has quietly become one of television’s most beloved creators. Building upon a years-spanning standup career in his native Australia, the 32-year-old multihyphenate’s humor rests squarely between biting wit and heart-on-his sleeve earnestness, a sensibility that paints his latest in his singular tone. He stars as Nicholas, a gay 20-something who’s forced to care for his two teen sisters after their single father’s death. Sure, it’s not exactly light fare, but finding humor in such realities is Thomas’ sweet spot. In conversation with Backstage, he shares his writing process, advice to others in the field, and insight on what he looks for in his audition room.

Thomas finds inspiration from his own life.
“I just write about me and the things that I know. Especially [with] standup, you have to. You’re telling personal stories. I don’t have much to say about airplane food—it’s fine! They give it to you, you eat it. I talk about my life and my family and my dog.”

Actors and creators: Don’t let worry weigh you down.
“If I met 17-year-old me now, I’d be like, ‘Oh my god, don’t do standup. It’s scary. They’re not gonna like you. Don’t go on that stage.’ But I was a teenager; I didn’t think things through that well. So I just ended up doing things. He got me to be better than I ever would now. But for people who are starting out, just enjoy it. People can get so stressed about the opportunity and the pressure, but you wanted this because it’s fun. And you’re doing it. So enjoy it.”

Do your research! You won’t regret it.
“Definitely the stupidest thing I saw actors doing over and over again—and I think it’s because they do so many auditions [and] maybe because it was Freeform—they would come in in this very big, sitcom style. I’d have to explain to them the kind of acting that I like. I would say, ‘I like grounded, realistic acting. We’re going for a mix of comedy and drama.’ Stuff like that. And I just thought, Watch one episode of the last show. If you’ve got the producer in the room and they’ve made TV shows before, go and watch [them] and see what style of acting they’re doing and then prepare in that way.”

Naturalism is key, especially in the audition room.
“For me, I’m looking for an actor who’s pretty similar to the character in real life. Typically, I think that if you’ve met people [in real life] who have acted on my shows, [they] wouldn’t feel that different. So, the audition for me is the first 10 minutes where we chat and talk about their lives. I want to make sure that they’re funny and responsive. Maybe I’ll make fun of them a bit and see if they think that’s fun…. If you don’t think that’s fun, you’re not going to like working on the show. So that’s a big element. If that goes well, I’ll keep an actor for half an hour, 45 minutes if their performance is bad and I really liked their chat.”

Getting started is all about proving to yourself and others that you can do it.
“To get a show, you just have to be able to prove that you can do it, which is impossible because how do you get someone to give you the chance? In Australia, I built a career as a standup and I proved that I could be creative, and then I teamed up with people who knew how to produce TV. So you’ve got to convince them: ‘I’ve got good ideas, and these are good ideas that we can follow through on and actually turn it into a production.’ And finding those two things is really tricky because you’re asking for millions and millions of dollars. So it’s [about] trying to find ways to prove that you can do things. For some people, it’s making short films; for me, it was standup. Maybe it’s you get a writing job on someone else’s show and once you do that for a while, you can show that you have experience to get your own show. Sometimes writers will write a script and they just want to sell it, but the script doesn’t just need to be good, you need to be able to prove that…you can make it. And to do that, you need to go and make something.”

Benjamin Lindsay
Benjamin Lindsay is managing editor at Backstage, where if you’re reading it in our magazine, he’s written or edited it first. He’s also producer and host of a number of our digital interview series, including our inaugural on-camera segment, Backstage Live.
END_OF_DOCUMENT_TOKEN_TO_BE_REPLACED