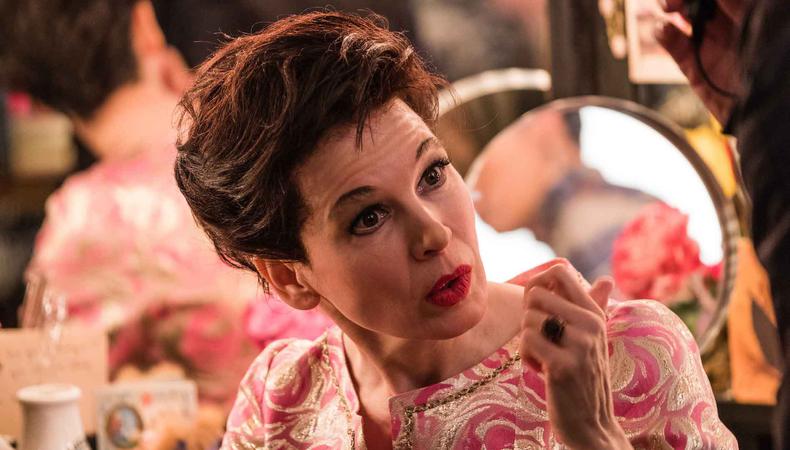 If you had a dollar for every time someone this awards season said, “She is Judy,” you’d be rich by Oscar Sunday. That’s in reference, of course, to Renée Zellweger’s portrayal of Judy Garland in the downtrodden final months of her life—and the seamless, Oscar-nominated performance is in part thanks to “Judy” hair and makeup designer Jeremy Woodhead.

How different is designing hair and makeup for fictional characters compared to doing it for someone who was a real person?
With something like “Judy,” I have to turn Renée Zellweger into Judy Garland, who is somebody that everybody is very familiar with, so I had to make it visual for the audience but also measure comfort for the actor, so that Renée would leave my trailer in the morning feeling like she was Judy Garland. In some ways, it’s easier because the references are all there. Judy was one of the most photographed women of all time. But on the other hand, it’s very difficult, because if it’s a fictional character, I have much more latitude, the premises aren’t so fixed. When you’re dealing with a real person, the premises are very, very defined. You have to get it right.

Is it safe to say you did a lot of research for “Judy”?
A lot. Then, once you’ve done the research, you then have to evaluate what you can pull from it to the best advantage of the film. The hair, for instance: By the time Judy came to London to do those shows at the Talk of the Town, she’d changed her look quite dramatically, with a much shorter hairdo. We tested it, but nobody recognized that look; it wasn’t iconic, it was very late in her life. Nobody associated that look with Judy Garland. So we backtracked a little bit, taking slight liberty with the research that we’d done, and pre-dated the hairdo by about 18 months so that everybody thought, That’s Judy’s hair. It helped us suspend the disbelief and hide Renée in an iconic hairstyle.

How much were these looks a collaboration with Renée?
Entirely. We got on really well and, of course, actors leave my chair and then they have to go do their work, so it’s vitally important to make her absolutely relaxed and happy when she leaves the makeup chair so that she can go and do her performance. We collaborated on everything, we tested widely, and we talked about everything we were doing. After about six or seven tests, we came up with the look that she has for much of the film. That was entirely a collaboration between Renée and myself, the director, and producers.

Do you think the hair and makeup helped Renée “find” Judy?
I hope so. If it did, then I’ve done my job. One of the most important things about what I do is to provide the actor with the armor to do their job—or at least have them not worry about the bits that I can shape and mold. Renée always left the trailer happy and relaxed. She’s doing this fiercely nerve-racking thing of performing in front of 300 extras every day, in a role that demanded singing, which is not her first skill. Hopefully my work helped her do that.

Did you see her transform as you did her hair and makeup every day?
Yes, it was great, actually, and it’s why it was really rewarding to do, because Renée would walk off of the bus in the morning and we all knew her as this open, wide-smiling face with blonde hair. By the time she left the trailer, it was a complete transformation. You could see the body language changing as we did layer upon layer. The keys were the wig, the contact lenses, and the teeth; once they were all on, Renée was gone. It’s now Judy…. That was the big thing: to make her feel like she was at least approaching Judy Garland—and then leaving the rest to her.

Was there any negotiation between authenticity and making sure Renée still looked “good” on-camera?
It was important that we explored every avenue when we began testing. We started with lots of different prosthetics, which changed Renée’s face shape to Judy’s face shape. We quickly pared away layer after layer after layer because it became an indulgence for me to try and transform Renée into Judy, and none of us wanted to go down that road if it in any way compromised her performance. And her performance is subtle; with the tiniest twitch in the muscle in her cheek, she can change the mood. If I was sticking prosthetics all over her face, it could compromise that. We all thought there were ways to do so much more with paints than prosthetics.

Did you end up using any prosthetics at all?
Yup, there’s a little nose piece that kind of lifts the end of the nose up.

In general, how much do you collaborate with actors on their looks?
They’ll always come onto a project having thought about how they want to look, and I must take that on board. I can be persuaded and they can be persuaded. We all come from a slightly different angle, and so we’ll meet and we’ll come up with a look that works for everybody. It’s certainly not my job to force my ideas upon an actor, because they’re the one who’s going to spend 10 hours on set unhappy with the way they look. It’s always a collaborative thing. A large part of my role is to make sure the actor feels comfortable with the way they look so they can deliver their best performance. There are technical aspects that define what I do and that’s part of what I love, but there’s a great satisfaction to me when an actor steps off the bus feeling absolutely right in the role.

What would you tell someone who wants to pursue hair and makeup design?
It’s hard work, and you learn very quickly that you’re always the first one in and the last one out. But it’s a great way of exploring the world and it does require discipline and a good work ethic. Just remember: We are a service-driven area, not an ego-driven area. There’s no use for hair and makeup people with massive egos. You’re not there to make your work shine; you’re working very closely with the actor and the director to make the character shine. It’s a great life. Do it!

Casey Mink
Casey Mink is the senior staff writer at Backstage. When she's not writing about television, film, or theater, she is definitely somewhere watching it.
END_OF_DOCUMENT_TOKEN_TO_BE_REPLACED