Julie White’s No. 1 Piece of Advice for Having a Lasting Stage Career 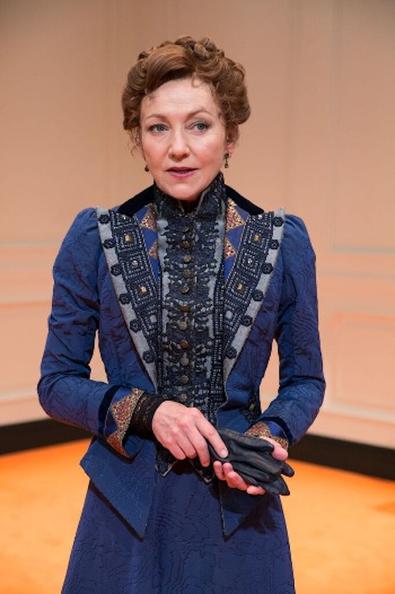 Julie White can be seen at the John Golden Theatre eight times a week putting her own spin on Nora in “A Doll’s House, Part 2.” The Tony-winning stage vet sat with Backstage to chat about being a Broadway replacement “on a speeding bullet of a train” for Laurie Metcalf and taking on the projects that scare her most.

White’s Nora is different from Metcalf’s.
“Laurie found a real interesting physicality that I’m not doing. I’m kind of making her a little more princess-y. I think she’s going to get to that place [of physicality], but she’s in flux. The way that [playwright] Lucas [Hnath] described it is [Nora] thought she had climbed the mountain, but really, she just got to the base camp. So I think for the next phase of her life, she’ll probably ditch all those fancy duds and get some flat shoes, take off that corset.”

When replacing another actor, communication with the original stars is key.
“Because [co-stars] Stephen [McKinley Henderson] and Erin [Wilhelmi] and I were coming in new, in some ways, I felt more confident in those scenes. The stuff with [original cast member] Jayne [Houdyshell], I would think, Oh man, is this a moment and I’m screwing it up because I don’t know what it is yet? So I would just ask her: ‘Am I looking at you in this?’ I took cheater notes for a while; now I feel like we’ve really made our connection and figured out our world and our relationship.”

Say ‘yes’ to what scares you.
“Generally, [I want to do] anything that makes me feel like, ‘Oh, my god, I can’t do it, I’ve gotta get under the bed and hide.’ If it scares me, then that’s probably something I should do. I [went] to see [‘Doll’s House’], and I’m thinking, Someday I’ve gotta play this part. And the next day, my agent calls me while I’m at the mall.... ‘They’re offering you Nora!’ I mean, I thought I was gonna fall over. I wanted to be challenged, I wanted to use everything I had, and it’s that kind of role.”

Buy yourself the freedom to own your talent.
“[Making a living in theater] is the hard thing. Understand that if you get a good money gig, a television deal or something, those are your flock of sheep. You take real good care of that flock of sheep because then you own your talent. If you don’t have to do things for money, then you’ve bought your talent back, so you can say no to stuff that feels not good and you can say yes to doing a play at the Laura Pels Theatre.”

Do you dream of the theater? Check out Backstage’s theater audition listings!

Benjamin Lindsay
Benjamin Lindsay is managing editor at Backstage, where if you’re reading it in our magazine, he’s written or edited it first. He’s also producer and host of a number of our digital interview series, including our inaugural on-camera segment, Backstage Live.
END_OF_DOCUMENT_TOKEN_TO_BE_REPLACED