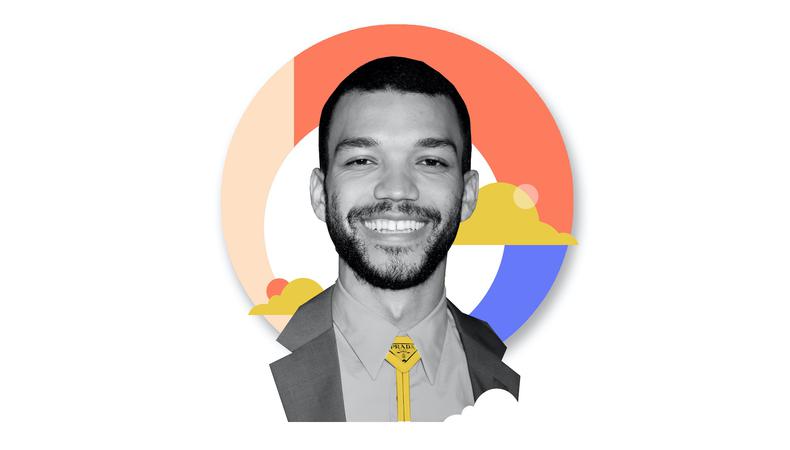 Justice Smith seems to be everywhere since his breakout five years ago on Netflix and Baz Luhrmann’s “The Get Down.” His starring work in YA hits like “Every Day” and “All the Bright Places,” in blockbuster franchises like “Jurassic World: Fallen Kingdom” and “Pokémon Detective Pikachu,” and on HBO’s coming-of-age Gen-Z drama “Generation” highlights a gifted talent whose star keeps rising. Now in comes Michael Mohan’s erotic thriller “The Voyeurs,” gifting Smith with one of his first chances to play a true, adult role. In conversation with Backstage, he remembers thinking, “This is a perfect chance to play my own age!” Below, he walks us through his acting processes, his audition tips, and the one performer who every actor should be stealing notes from.

“I was just approaching [auditions] too emotionally. I was too intimate with it, and I needed to learn how to compartmentalize and be like: This part of it is business.”

How do you think your work on “The Voyeurs” made you a better actor?
It was definitely the next step for me. I was getting really comfortable playing teenagers; I have quite a young face, and I was kind of stuck in that YA genre. I got this script and I was like, “Oh, this is a perfect chance to play my own age!” That was purely based on this analysis of the character. Then when I started reading the script, I was like, “Oh, this is the perfect script, because the story is so compelling and thrilling.” I was always a fan of the erotic thriller—“Fatal Attraction” and all those kind of movies from the ’90s. I was excited to see the resurgence of them and I agreed to do the movie after 40 pages. I didn’t even finish the script. I think this movie fulfilled the kind of a thriller niche that I was looking to get into, and then also expanded the age range that I could play.

Were you seeking out a more “mature” role than what we know you for?
Not necessarily seeking it out, but more welcoming it in. 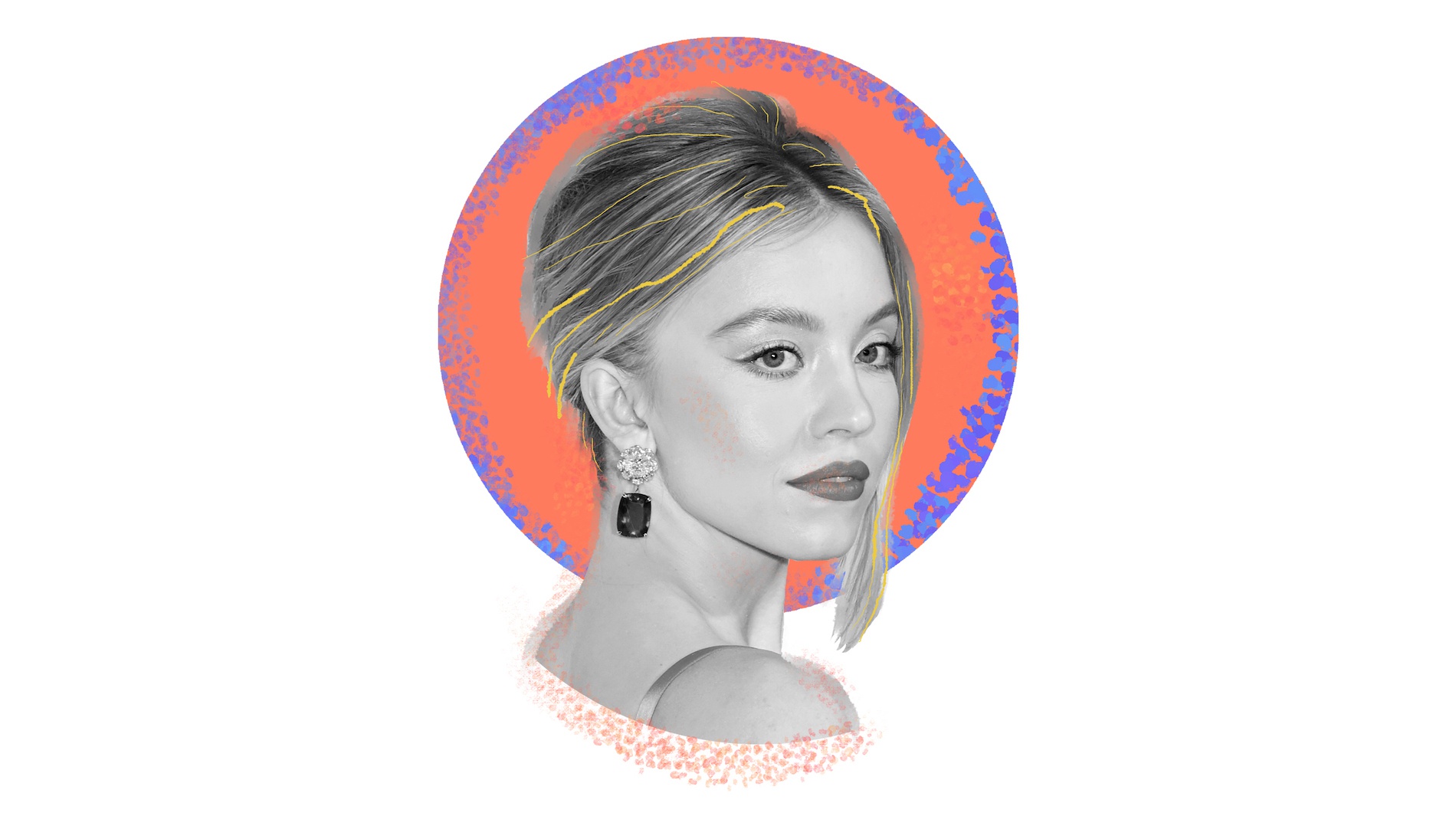 It’s always great to see Sydney Sweeney onscreen, too. What makes a good scene partner in your book?
They always say acting is reacting, you know, and I think that might be a cliché, but it’s true. I think the perfect scene partner is someone who’s just listening to you and is on your team and wants what’s best for the scene. I’ve worked with actors who are a little more self-interested, who are prioritizing their own performance over the scene itself, which is something that I have to adjust to. But the actors that I prefer to work with are the ones who are invested in what I have to bring, as well, and allow it to change their original ideas about the character or their original ideas about the scene and vice versa. I love having my expectations broken when I get to set and I work with another actor who is challenging me to think about the character differently.

How do you find your way into a new role? How would you describe your “process”?
When I first started, I was really trying to establish a process for myself. I think I was adopting all these pieces from other actors’ processes that weren’t necessarily my own. As I continued to work, I found that my process really depends on what the role is, or what the project is because sometimes I need to step away and be in a corner and listen to a playlist I’ve created for the character literally up until they say action, and then I remove my headphones and do the scene. Sometimes I need to be joking around with the crew and the director and having a good time on set and keeping it light and not really getting in my head. Sometimes I need to be in the dialect of the character for the entire production. I need to be in the character [for] the entire production. I think that the process for each individual character reveals itself to me. When I step back and am receptive, I get there easier.

Sometimes it could be performative. I’ve noticed that a lot of young actors—not a lot, but some, including me, we look up to the people who have come before us and we’re like: Wow, look how much attention that they’re getting for doing this sort of process, for being Method, or for [gaining] 100 pounds—you know, whatever. And we want to be like them, but it’s not innate to us. It’s performative, it’s someone else’s journey. And you can only live your own.

What’s one performance every actor should see and why?
I knew I wanted to be an actor since I was five. That was me watching kids on television and I was like, “I want to do that.” As I started studying and really developing a taste for actors and movies and stuff, I fell in love with Viola Davis, and she’s still one of my favorite actors. I saw her in “Doubt.” She had one scene and she got nominated for it; it’s a masterclass. I watched that scene so many times, and I started to decipher what her intentions were in each moment, and how she was applying those intentions to kind of reach a result. I think it helped me a lot in my own journey, because it’s one thing to see what the final product is, see what the actor is doing and feel and copy that, but it’s another thing to look behind the eyes of the actor and think about them in that position when they got that script and think about them taking those notes and trying to project onto them what you think they may have wrote for each line that allowed them to get the result that they did. So that’s kind of what I did with that performance. I did it with every performance of Viola Davis’ because she’s incredible.

What’s one piece of advice you would give your younger self?
Auditioning is a different medium than acting. That was really the hardest lesson for me to learn, because I felt like I always had the talent. I always had the drive. I always understood character and story. Even if I understand it more now, I always had an intuition surrounding story and storytelling. But I didn’t understand how to translate that into an audition room. I remember I took all these acting classes that were all about scene study and breaking down dialogue and character and all this kind of—good stuff that you should learn as an actor. But then I took an acting class in L.A. that was rooted in auditioning. It was way less frou-frou; it was really just like: This is what a casting director wants to see. You have to make choices. If you just go in and do what everyone else is doing, they don’t care if you’re good. It has to be dynamic choices in order to be noticed.

That kind of woke me up. I was like, Oh, this is also a business. I have this acting thing down, I just need to know how to be a businessperson, too. To go in the room, I need to sell myself. I am a product, essentially. If I go to the room and sell myself, I need to make sure that I’m dynamic. I need to make sure that I’m professional but I need to make sure I’m likable and relatable and I’m not too self-serious. That’s what started my career. That’s what led to me getting jobs in the end, because I remember for a period there I was just doing all these auditions and I was so confused on why I wasn’t getting anything. I was feeling so fulfilled in my acting classes, in my scene study classes, and I remember I used to film myself doing monologues and put them on YouTube and in my room. It was my everything. And I was like, why am I not crossing over? And that was why. I was just approaching it too emotionally. I was too intimate with it, and I needed to learn how to compartmentalize and be like: This part of it is business. Then when I get the role, that’s when I can do the art.

Speaking of auditioning: What’s the wildest thing you’ve done to land a gig?
Every time I tried to do something like that, the casting director was looking at me like, “What the fuck are you doing?” But I will say that when those wild choices failed, I learned how to come into the room with an essence of the character rather than trying to show them I am this guy. I’m gonna be myself but with a little sprinkle of who this guy is like. When I auditioned for “ The Get Down,” I didn’t dress how I would normally dress. I just added an urban flair to it because this is about a kid, it was a rapper in the ’70s. So I didn’t wear a bunch of ’70s clothes, but I wore a hoodie, I tried to dress like I was from New York, essentially. I tried to give a little flair to the way I was communicating, not necessarily something that was overt and distracting, but something to let them know this character is a part of my being. For that audition, I had to rap. I wasn’t a rapper at all, I hadn’t studied rap music at all. I remember being like, “Fuck, I’m just gonna have fun with it.” I learned a Biggie Smalls song and I went in there and rapped. I remember going into that audition and being like, “I’m not gonna get this. This is not me at all, but whatever, I’m just gonna have fun with it.” That ended up being one of the best auditions I ever did.

Benjamin Lindsay
Benjamin Lindsay is managing editor at Backstage, where if you’re reading it in our magazine, he’s written or edited it first. He’s also producer and host of a number of our digital interview series, including our inaugural on-camera segment, Backstage Live.
END_OF_DOCUMENT_TOKEN_TO_BE_REPLACED