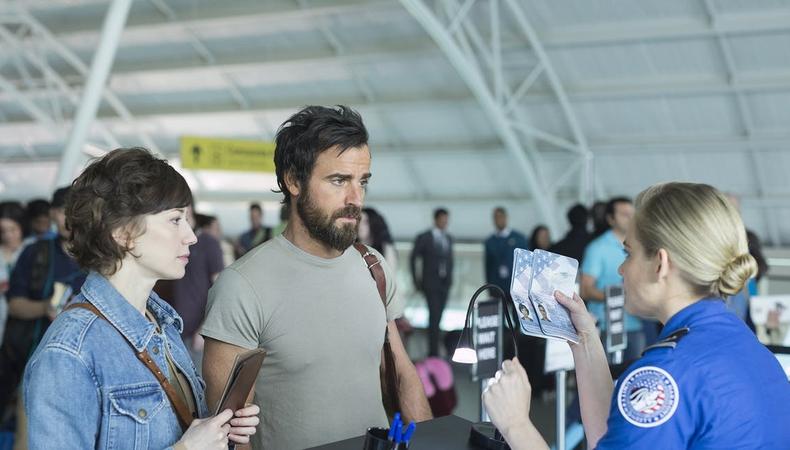 What would the world look like if 140 million people suddenly vanished? That’s the question behind much of Damon Lindelof’s ambitious adaptation of Tom Perrotta’s novel “The Leftovers.” The critically lauded HBO drama series wraps its run after three seasons this Sunday, June 4. And where other shows might have tried to solve the mystery of what happened the day of the Sudden Departure, Lindelof’s follow-up to his zeitgeist hit “Lost” opts instead to mine the unexplained cataclysm for the personal dramas it engendered.

“Tom and I have been very explicit since the beginning that we were not doing a mystery,” Lindelof tells Backstage. “We were much more interested in the emotional ramifications of living in a world where things didn’t get resolved. That was almost in direct response to the way that ‘Lost’ ended. The problem of answering mysteries is there’s always some level of dissatisfaction and unhappiness—because it’s never as exciting as the mystery itself. ‘The Leftovers’ openly embraced that idea.”

What emerged was a spiritually driven narrative about grief and loneliness. And at its core were the actors giving life to Perrotta’s characters and making them their own.

“I really do believe that a lot of the best ideas that we’ve had for the show were inspired by choices that the actors themselves were making,” Lindelof says. “Our original plan for Kevin Garvey was that he was a cop who had all this anger inside him, and because he was repressing that anger, it was creating all these issues. But then Justin [Theroux] started playing him in a much more vulnerable way, and we started writing to that idea.” What emerged was a Kevin who is more scared than angry, elements of his character that have since become central to the show’s mythology.

With Nora Durst, it was the exact opposite. Since Nora had lost her husband and both her young children during the Sudden Departure, Lindelof had originally thought of her as this incredibly wounded, damaged, grieving woman. But in Carrie Coon’s hands, Nora had this intense anger. It got Lindelof wondering what would happen if he unbottled it—what would that look like? Who would she aim it at? They decided Nora would be laser-focused on exposing frauds and charlatans, a character trait that most recently compelled her to fly all the way to Australia, where much of this last season takes place.

READ: How ‘The Leftovers’ Star Carrie Coon Found Strength in Her Process

“We were all trying to follow the direction that some of the actors were sending us, as opposed to the other way around,” Lindelof says. “So by the time I said to them, ‘Hey, do you want to go to Australia?’ the reaction was almost like, ‘Oh yeah, that’s where I assumed we were going.’ ”

The change in scenery is in keeping with the Emmy winner’s original design for the drama series. “Since we always knew there were going to be three seasons, I’ve always felt like I wanted each season to have its own identity,” he says. “So when people talk about ‘The Leftovers’ after it’s all said and done, they’d be able to say, ‘The one in New York. The one in Texas. And the one in Australia.’ ”

More than mere changes in backdrop, these moves have helped reframe and refract the characters. While the first season hewed quite closely to Perrotta’s text, Lindelof and his creative team (which includes director Mimi Leder, whom he credits with much of the visual flair the show has become known for) have uprooted their characters from season to season. The idea was to peel back what we think we know about these people.

“When you take someone out of their comfort zone and put them somewhere unfamiliar to them, you get an entirely different look at the way a character acts and behaves,” Lindelof adds. “ ‘The Leftovers’ wouldn’t be ‘The Leftovers’ if we weren’t making everyone a little bit uncomfortable.”

Want to travel while acting on a TV series? Check out Backstage’s TV audition listings!