This Actor Uses Backstage to Book Work From California to Canada 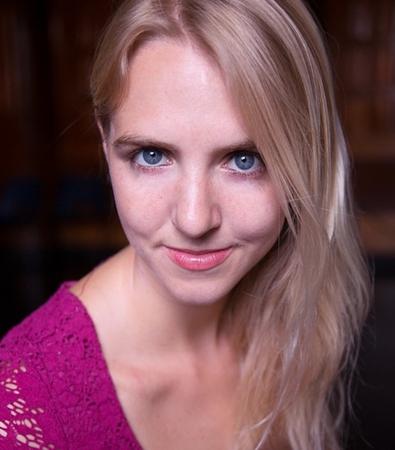 Globetrotting actor-producer Katelyn Laird has gotten submitting to casting calls down to a science. Carefully cultivated over several years, roles, and time zones, her system has proven itself time and time again.

When given the green light to explore, do it.
“The [director] sent me sides for the [character] and asked for a voiceover audition. I asked him if I could try some different takes with various accents, and he really supported the idea of me playing around with the role, which was great.”

Regimens aren’t just for bodybuilders.
“I have a rule of at least five submissions every day. I often find a lot more roles I’m drawn to and end up going over that number, but it helps my daily organization and sustainability to have a baseline number to reach.”

Let Backstage give you a pre-audition boost.
“The articles are always really inspiring to read, too, and sometimes reading one right before filming an audition gives me a fresh twist or reminder to put into the work.”

Be someone people want to work with.
“I’ve met a lot of talented actors from being on the other side of the casting table, and I completely understand why directors reuse the same actors over and over again. Personality and work ethic are just as important as talent, and when you find people you truly like working with, you want to keep those people in your circle.”

Just keep showing up, and opportunity will follow.
“I’ve lived in, worked in the film industries [of], and used Backstage in Vancouver, Atlanta, London, Los Angeles, and the California Bay Area. Going to all of the events, mixers, talks, and screenings you can find always helps so much in every market. You’ll always learn something useful, and you’ll frequently make yourself stand out from the crowd because you put the effort into showing up.”