Keegan-Michael Key is Done With Comedy (Sort of) 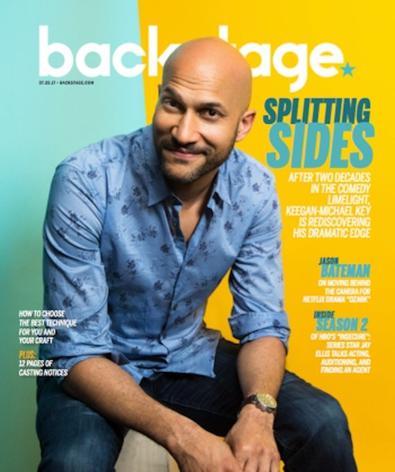 Keegan-Michael Key is done with comedy. At least in the purist’s sense.

Despite having spent the last 20 years as a successful sketch comic, during which he was a member of both the Detroit and Chicago Second City main stages; spent six seasons on “MADtv”; co-created and starred in the wildly successful and oft-quoted “Key & Peele”; popped up as a comedic guest star in dozens of films and TV shows; and currently has top billing on Netflix’s new comedy “Friends From College,” the classically trained actor—he holds both a BFA and MFA in theater—is ready to return to his dramatic roots.

The bookshelves in his home office in Lower Manhattan back up the desire. A quick scan in late June returns pretty much the entirety of Shakespeare’s canon. They’re surrounded by well-loved copies of the works of everyone from O’Neill to Ibsen to Beckett to Albee, with a handful of the ancient Greek and Roman playwrights in the mix for good measure. He drops Bertolt Brecht, Pierre Marivaux, Jean Racine, Christopher Marlowe, and Ben Jonson mentions into the hourlong interview. And it’s not a schtick.

Unlike some commercially successful actors who want to try their hand at the classics, finagling their way onto a Broadway stage to recite some of the most famous lines in Western literature, Key knows this material inside and out. It’s where he feels most at home, and it’s what he’s been waiting the better part of three decades to perform.

“My plan at the end of graduate school was to move to Seattle, a hotbed of really great regional theater in the mid-’90s, and [perform] there. I would go on an audition rampage and try to get as many roles as I could in any regional Shakespeare festival I could,” he says almost wistfully. “I was going to be poor and fulfilled, and it was going to be great.” 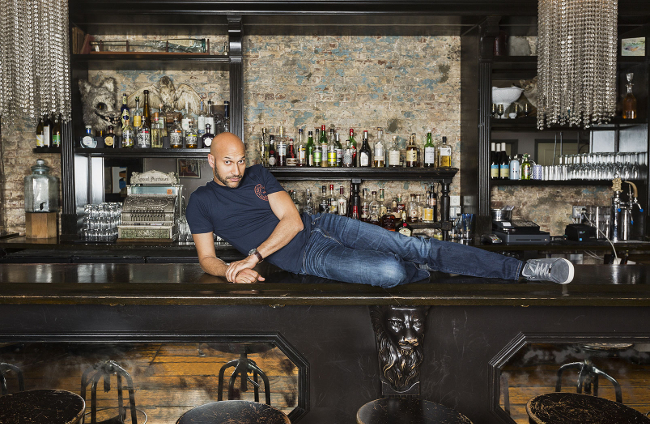 But before he could sink his teeth into Trinculo or Stephano (he can’t remember which) in “The Tempest” at the 1996 Illinois Shakespeare Festival, friends in Detroit encouraged him to audition for the Second City—much to his chagrin.

“I am a dramatic actor, how dare you! I am classically trained, I do Racine. What do you mean I was funny?! This is a dramatic role.”

He got the gig. And the thought of an Equity contract and a steady nonteaching job in theater was too compelling to pass up. So despite knowing he’d wanted to be a classical actor since playing Jesus in “Godspell” at 17, he entered the world of comedy.

It’s this Key most people are familiar with. Thanks to YouTube, his ability to rock a wig and an accent, and the deep understanding he and his partner Jordan Peele had of the kind of humor the country needed, Key became synonymous with satirizing sensitive racial, class, and gender tensions, and making us laugh in the process.

“It’s been a steady diet of sketch comedy now for 20 years,” Key says of his unlikely trajectory from wannabe starving thespian to one of the most recognizable faces in the business. And it wasn’t until he and Peele decided to end their eponymous show in 2015 that Key felt he was finally able to press play on drama again.

That comedic notoriety, though rewarding in the doors it opened and the success it ushered in, is proving to be a bit of an obstacle for Key. “I understand that it’s difficult for people to see you in a different way. They’re comfortable seeing you one way and so you’re asking for a little bit of effort from them,” he says of his recent turns in more dramatic roles, notably 2016’s “Don’t Think Twice,” ironically about an improv troupe, and his latest role in Shane Black’s upcoming “The Predator.”

“You have to deliver the goods so you can go, ‘I promise you’ll be able to enjoy me in this capacity as well.’ ”

Which is why his current turn as Horatio in “Hamlet”—a drama through and through—is a surprising choice to help ease audiences in. But night after night in the 272-seat Anspacher Theater at the Public Theater, he makes it work, finding an amusing lilt in Hamlet’s right-hand man that most noncomedians wouldn’t embrace or even notice.

“[Horatio] just saw a dead body get up. I think everybody’s allowed to be scared if a dead body wakes up,” Key says with a laugh while describing the way he plays Act 1, Scene 1. “I don’t care how logical you are, how Spock-like you are, you get to run around and scream a couple of times if you see dead bodies moving around.”

It’s a dramatic role, yes, but director Sam Gold is smart about using Key’s strengths for his portrayal of Horatio. Everyone knows Key as a funny guy, so rather than detract from the rest of the play by having the audience wonder if and when they’ll get to laugh at something he does, Gold told Key to be himself, to inject humor where he sees fit; to “throw the audience a bone,” as Key puts it.

Whether it’s the aforementioned shrieking, side-eye glances between Key’s Horatio, Roberta Colindrez’s Rosencrantz, and Matthew Saldívar’s Guildenstern as they debate whether to tell Oscar Isaac’s Hamlet they’ve seen the ghost of his father, or Key’s mid–Act 2 “three-minute, 21-second” death scene as a touring actor performing for the inhabitants of Elsinore, he finds ways to get the laugh, slyly bridging the gap between Comic Key and Dramatic Key.

The same is true of his work on “Friends From College,” which finds him playing one-half of a married couple who’s carrying on a long-term affair with another woman. “The couple’s trying to have a baby and it takes a real toll on them, but [the show] also has poop and fart jokes. It’s got everything,” he says of the series. “I’m gravitating more toward projects that have everything, and then I’m gonna start parsing away the comedy systematically.” 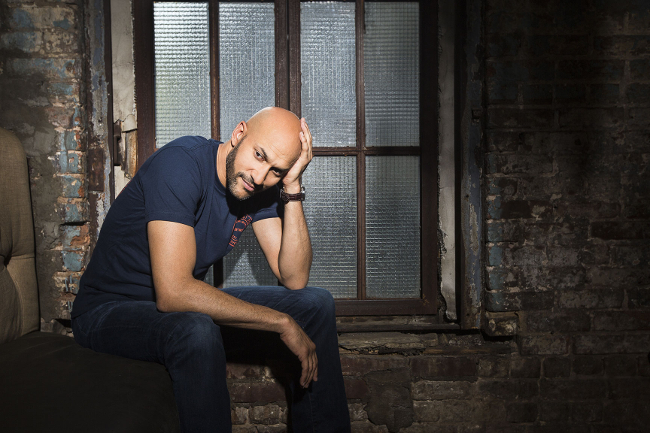 Being strategic about his choices is crucial. Key points out what he calls “The Razor’s Edge” effect, referencing fellow funnyman Bill Murray’s ill-fated film foray into drama. “With a lot of my comedic heroes, I’m trying to make sure that, wherever they might have gotten off-track a bit, I’ve learned that lesson.... Bill Murray is such a tremendous talent, but the world wasn’t ready for ‘Razor’s Edge,’ for something that thoughtful and with that much depth at that time in his career.”

So, yes, he’s choosing projects wisely (and cautiously), making sure each is of a “transitory, needle-moving nature,” and always with an eye to his start in drama. He wants to be taken seriously as a romantic lead. He wants to play James Bond and Jason Bourne. He wants what Kristen Wiig has: the “palpable sadness in arguably one of the funniest women on the planet” that lets people know he can handle heavier roles.

It’s slow going, but he’s waited this long—what’s a few more laughs if it means he’ll get to play the parts he’s been dreaming of for years?

“Just do what you like and someone’s gonna follow you. But if you try to make everyone happy, you will fail,” he says, paraphrasing one of the best pieces of acting advice he’s ever received. “If you do what you want, the right people will follow you [and] appreciate your art [because] you are true to yourself. It’s when you’re true to yourself that resonates with other people.”

In other words, to thine own self be true.

Dive Into the Bard

For actors looking to get into the Shakespeare game, there’s no better practice than reading it all, and then reading it again...and again. “If you read and reread something, you start to develop patterns and techniques.... You get your ear familiar to what those words feel and sound like.” Then? Read it with friends. “Sorry, all of you analytical authors out there—it’s not literature. Shakespeare is not literature. It’s not meant to be read, it’s meant to be performed. Do something with the language to another person and then you’re getting to the crux of it.”

Allie White
Allie is Backstage’s director of editorial operations, whose professional background includes women’s interest, news, health, beauty, and, of course, entertainment. Despite a crippling fear of singing in public, she still believes she’ll be a Broadway star one day.
END_OF_DOCUMENT_TOKEN_TO_BE_REPLACED