Keeping it Fresh: Seasoned Players Spice It Up 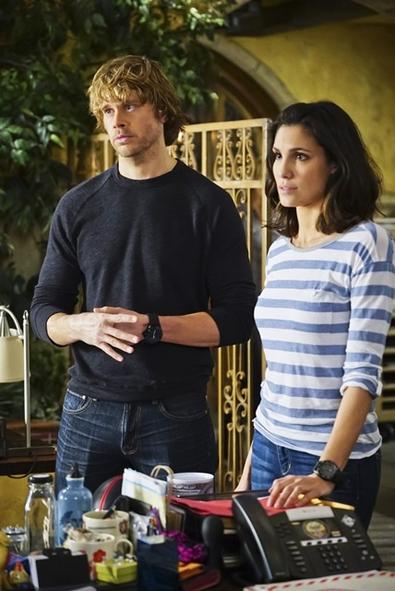 The battle to stay fresh, whether it’s the first season or the 20th, is a common goal among actors and writers. Artists who excel at this make their viewers feel as invested in the characters as they are. New storylines often give actors added layers for character exploration. Actors from the long-running shows “Bones,” “NCIS: L.A.,” “Bates Motel,” and “Once Upon a Time” shared their tricks for challenging themselves and growing as actors with Backstage at San Diego Comic-Con.

“Bates Motel” actor Freddie Highmore (Norman Bates) considers himself lucky to have such great character growth written into the story. “I think other people on other TV shows must get a sense of stagnation at times—that the character hasn’t necessarily developed hugely over the course of five, six, seven seasons,” he says. But that’s not the case on “Bates,” where Highmore says there’s a constant feeling of moving forward even within the span of a single season. “It’s never boring and there’s always such new, exciting, fresh scenes to play as opposed to ever feeling that you’re just rehashing what you’ve done in the past,” says Highmore.

Conversely, the writing in a procedural format lends itself to gradual character development, which according to “NCIS: L.A.” star Eric Christian Olsen (LAPD Liaison Marty Deeks) provides a more realistic arc. Without the knowledge of where his character’s journey will end, Olsen says the challenge is keeping his character authentic in the moment. So for each episode, he says, “You have to take what you know about the character, take the philosophy and perspective and find out if this new catastrophic event or relationship moment is going to change the way they view the world and play the honesty of that through line.” Which makes it easy to keep growing as an actor. “My acting philosophy, which I got from William H. Macy, is you listen and you tell the truth. And as long as you continue to listen and tell the truth, you’re never going to lose the character because that’s what we do,” he says.

Josh Dallas, who plays the fairytale-based Prince Charming and his Maine-bound counterpart David Nolan on ABC’s “Once Upon a Time,” credits the show’s writers for providing new layers for him to delve into and explore. “They keep giving you new challenges as an actor to play…so there’s always something new happening and a new facet to your character that just makes it deeper and more full.” Colin O’Donoghue, who plays Captain Hook/Killian Jones, adds, “[every episode] is really different and the relationships within the core characters are all so complex. Obviously, the show is written for us, but it’s also how people are able to interact with each other [that] defines how their relationships will be on the show, too.”

“Bones” stars T.J. Thyne, who plays the bug happy Jack Hodgins, and Michaela Conlin, who plays the artistically inclined Angela Montenegro, credit their cast mates with keeping them challenged on the long-running show, which is currently filming its 12th and final season. Thyne says he frequently pulls cast mate and onscreen love interest Conlin aside and asks “What should we do, how do we make this interesting?” He says they push each other as a cast. “We can’t get lazy, we’ve [got to] find the new, and it is tough at times. You get into this lull sometimes, but I think it’s just relying on great friends that you’ve got to work with for so long to help you keep it up.” Conlin notes, “We really know when the other person is doing it or not doing it. You really can tell when someone has thought about a scene or brought something.” Tamara Taylor (Camille Saroyan) agrees, “I feel like I’m always on my toes because these guys are so good. It’s like, okay, well, if I’m sleeping at the wheel this one’s going to show up and remind me. So I think it’s just a nice combination of cast and writing.”

To find out how more actors keep their performances fresh, check out How the "Bates Motel" Cast Keeps Evolving; How Writers and Actors Work Toward Character Growth; and How to Use Fear to Create Character.

And then discover who's casting your favorite TV shows by searching Call Sheet’s Production Listings!

Melinda Loewenstein
Prior to joining the Backstage team, Melinda worked for Baseline StudioSystem tracking TV development. When she's not working, she enjoys cuddling with her cats while obsessively watching every television show to ever air.
END_OF_DOCUMENT_TOKEN_TO_BE_REPLACED