Keeping It Real and Unique 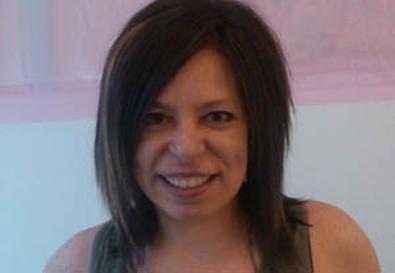 Erica Palgon, who has been in casting for 15 years and now heads her own company, Erica Palgon Casting & Beyond in New York, has cast on-camera commercials, voiceovers, indie and studio films, theater, and real-people projects. Among her credits: commercials for T-Mobile, Pringles, Olive Garden, Febreze, and Advil; the short film "Counterfeit"; and the features "Blissestrasse," "Dumping Lisa," "The Project," and the upcoming comedy "Murt Ramirez Wants to Kick My Ass." She's currently casting a "transmedia project" called "Billboard, an Uncommon Contest for Common People." Her company also offers on-camera and business-of-
acting classes, private one-on-one career counseling, and on-camera coaching for actors of all ages.

I love to discover new actors and am open to receiving unsolicited submissions from actors who do not have representation. It's also important for actors to look out for projects I'm casting on Actors Access via Breakdown Services and submit their pictures and résumés for roles for which they feel they are appropriate. When I go through submissions, it's very helpful to me when actors include a cover letter with their mailed submission or notes in their online posting. I like cover letters or notes that refer to the project, but what's most important is to tell me something about yourself that isn't on your résumé. For example, you can say the project speaks to you because it reminds you of something similar you did really well and enjoyed, or you're interested in doing more comedy, especially now that you've enrolled in a class with the Upright Citizens Brigade Theatre.

The headshots I want to see really look like the actor, not overly dolled up and not heavily made up or trying too hard to fit into a type. I like you to look natural, approachable, and relatable, with your real personality coming through. The angle of the shot should also be natural, but it's important to me to see a clear image, one that doesn't hide your eyes. It's very important to me to receive headshots that are current. If, for example, you are now 20 years older than your picture and I bring you in based on that headshot, it not only gives me the impression of an unprofessional actor, but it also takes away an opportunity from other actors who are appropriate for the role.

The résumé should be standard and professional. I like a variety of credits. If you don't have a lot of credits, however, I'm especially interested in your special skills. If you speak a foreign language, that's a real plus. But I don't like anything that's too jokey. Don't tell me you're able to touch your nose with your tongue. That doesn't do it for me. However, I love to see that you've taken—or are currently taking—improv classes at such places as the Peoples Improv Theater (known as the PIT), UCB, the Magnet, or Second City. Today that skill is a necessity, especially for commercials. It's almost a prerequisite. Improv is also a very useful skill for film and theater and not just comedy. It teaches actors to explore their creativity, making unique choices.

If you've done mostly background work, don't mention too many of those credits on your résumé, particularly if they were for unknown or lesser-known projects. If that's all you've done, it might raise questions. Still, working on a set is terrific experience. I would also recommend working as a production assistant or as a volunteer in a theater. I love to see credits like that on a résumé. It jumps out. It shows you're interested in learning about the world you'll be working in beyond acting. It makes you look more savvy, interesting, and knowledgeable.

Doing student films is an excellent idea. It's an opportunity to learn and a realistic way to build your résumé. Also, you may make some very useful contacts. Student filmmakers today may be important directors tomorrow. These are the people actors should be getting hooked up with.

Actor websites are a quick and helpful way to see actors' work. Websites should be basic and simple but at the same time suggest something about your personality that would not be known on the basis of your résumé. If you have a sense of humor, for example, a blog is a good place to reveal that. But don't be too wordy or try too hard. Speak the truth, be real, and have fun with it.

It's also a good idea to include a reel of your work on your website. Ideally, reels should feature a series of professional credits. But if you don't have them, I don't mind seeing you performing a short monologue or scene. My preference, however, is a scene with other actors. The scene shouldn't run for more than three pages of dialogue, but it must get to the conflict or turning point and demonstrate your emotional range as an actor. If you're doing a scene for your reel, please be off-book.

The reel can also include you doing a couple of commercials that show contrast. Again, I'd prefer not to see you reading from a script. Hire an acting coach and a professional videographer who can film and edit the reel. Perhaps you might be able to find a budding director and editor from a graduate film program who is willing to do it for free in exchange for having work on his reel. If done well, making your own reel shows creativity and skill, in addition to giving you good practice in front of the camera. That said, don't do a reel right away. Take classes, immerse yourself in the craft and business of the industry, and then when you're ready and have something really good to shoot, do it. But don't rush into it.

Preparation is extremely important. You should always have a stack of photos and résumés with you, each stapled together, ready for your auditions. But also be ready for someone to ask for one when you least expect it. Not having one could lead to a missed opportunity. Prior to coming to the audition, please read the whole script, not just the sides. Ask questions when you get the audition appointment.

Material to audition with is a crucial detail for your preparation. If only the sides are available, make sure you read the breakdown of the roles and the summary of the script. But you must ask. You have to take responsibility for your career and be proactive. Don't say you never got the script (or even the sides) and no one told you it was necessary. Don't blame others. There are occasions when we do cold readings, but you have to ask. If you're unprepared, you're letting us know you don't care. On the other hand, if you are prepared, you're going to walk into the room with confidence and make a great impression. Outside of your actual acting, it's scary how preparation—or lack of preparation—can make or break an audition.

Make interesting choices for your character so that I see the part in a new way. But at the same time, you must maintain the integrity of the script. If it's a comedy, I don't want to see you doing a tragedy. I want to see interesting and original, not crazy. I have no problem with an actor asking questions if they are well thought out and if the answers to those questions add something to the performance. If you make a mistake during the audition, instead of stopping and starting again, I love it if you are able to use that mistake; incorporate it into the character in some way.

Coming to an audition dressed in costume is not necessary. In fact, it can be a crutch for the actor and distracting for those of us watching. But a subtle touch in your wardrobe that evokes the character is fine. Just make sure you're not going overboard.

After the audition, I love receiving a thank-you note from an actor, whether or not the actor has been cast in the role. Again, I like a personal note, describing, for example, what the actor got out of the audition. Also, I work hard at making the environment pleasant and welcoming. I like the audition to be a safe place for the actor, and if a thank-you letter acknowledges that, I appreciate it.

I love receiving follow-up postcards from actors, as long as they have something to say: "I just booked a job," "I had a great callback with…," "I'm enrolled in the class you recommended. Thank you."

I meet actors in many ways: through agents and managers; attending theater, films, and improv; teaching classes; and at speaking engagements. I also can meet actors on my LinkedIn account. Currently I'm working on a new Erica Palgon Casting & Beyond website, as well as a Facebook page for my company, which will serve as an online networking site for actors to reach out to me, separate from my personal Facebook page.

And while online communicating is the thing now, there continues to be nothing more valuable than meeting in person. There are seminars, classes on filmmaking, networking events, and other entertainment industry–related gatherings that can be found by researching online. It's an opportunity to learn more about the business and hear about the industry trends and how industry professionals are looking to present their work. I strongly recommend these for actors to get to know, understand, and meet producers, directors, writers, directors of photography, and the like. Very often these people contact casting directors with actor recommendations. It's a common and mistaken notion to believe that casting directors are the only useful contacts in this business. They are only one of many. The key is to be creative in your search and make the best impression on the variety of entertainment professionals who make a project come to life.