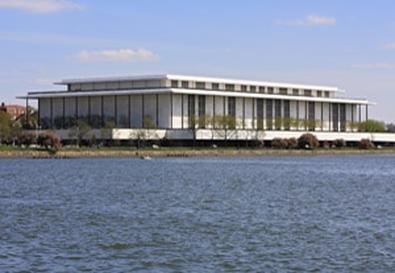 WASHINGTON – The John F. Kennedy Center for the Performing Arts is starting a new program that could reinvent arts education for schools struggling with budget cuts and fewer art teachers, organizers said Friday.

The pilot "Any Given Child" project announced Friday for schools in Sacramento, Calif., could be expanded to as many as three cities each year, the center said. Under the strategy, the Kennedy Center will link local arts groups with schools to help teach students in grades K-8.

The groups will draft long-range plans specific to each city to ensure all students have access to music, theater and the visual arts. The Kennedy Center is devoting about $500,000 to begin the program and expects to keep costs low for local schools.

"A frustration I have is that every arts education program sounds good, but I'm not sure it's always contributing to a well-educated child," said Kennedy Center President Michael Kaiser, who developed a reputation in New York and Washington for turning around arts groups struggling with financial problems. "We're trying to find an affordable approach to systematic arts education."

Too often, children's education in the arts depends solely on whether the teacher appreciates the arts, he said. Some students may skip a year or more of arts instruction, he said, if their teachers aren't interested or are compelled to focus on other priorities such as reading, science or math.

"I'm not concerned with the numbers of children when people say we serve 8,000 children or 4,000 children," Kaiser said. "I want any given child to have a great kindergarten through eighth systematic arts education."

Kaiser said schools need a comprehensive way of teaching the arts, as they do with math, to ensure students have the skills necessary for a U.S. economy increasingly driven by creativity.

The center said artistic groups could create specialized lessons to meet the needs of schools' curriculums. A local ballet company, for example, could teach third graders about movement while a local symphony works with fifth graders on music appreciation.

The center, a living memorial to President Kennedy, already works with teachers in Maryland, Virginia and the District of Columbia to integrate arts throughout their curriculum. Kaiser said he's in talks with U.S. Education Secretary Arne Duncan to possibly expand the latest initiative with federal support.

Sacramento Mayor Kevin Johnson told The Associated Press the initiative could not have come at a better time as school districts face budget cuts. Groups like the Sacramento Theater Company and Crocker Art Museum will also benefit by fostering a new generation of patrons for theater, ballet and art, he said.

The Twin Rivers Unified School District is a newly formed district that served about 31,000 students in 2008. Three quarters of the students are considered poor by federal standard, according to the state education department.

Similarly, the Sacramento City Unified School District serves about 48,000 students and 71 percent of its students are considered poor.

"For Sacramento to become a world-class destination city, we need big ideas and we have to make sure the arts are a vital part of whatever it is we are aspiring to do," he said.