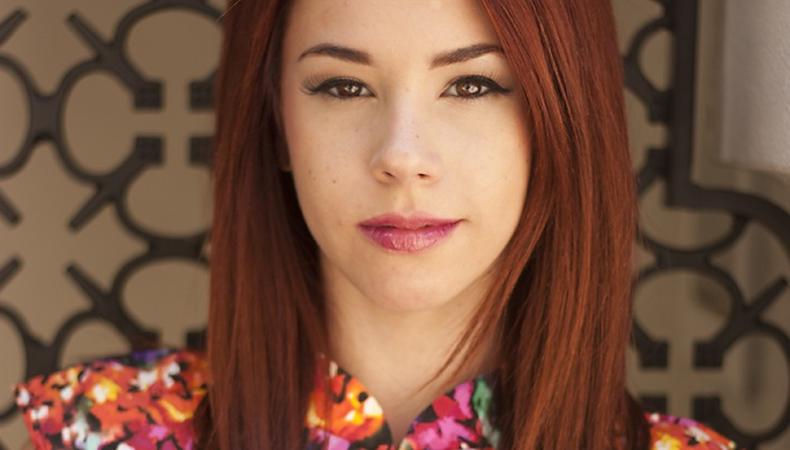 On a show filled with scene stealers (hey, Molly Tarlov as mean girl Sadie!), Jillian Rose Reed may be the biggest thief on MTV’s “Awkward.” As fast-talking, slang-inventing Tamara, best friend to protagonist Jenna (Ashley Rickards), Reed makes her tongue-twisting dialogue and comedic timing seem effortless. With the second half of Season 3 set to debut Oct. 22, we checked in with Reed regarding how to go about becoming a scene-stealing delight.

Audition anyway.
Reed was initially brought in to read for Jenna despite her initial misgivings. “I knew going in that I wasn’t exactly the right fit,” Reed says. “I’m a little bit more of an extrovert.” She didn’t hear anything until an episode of “Community,” on which she had guest starred, aired later that week. “Casting called me back and said, ‘After seeing this episode, we think you’d be perfect for Tamara. Can you come back and read for that part?’ And of course I said yes," she says. "And it ended up being the last role that got cast. They told me the next day I got the part; I didn’t have to go back and test or anything.”

Give the writers time to see what you can do.
Tamara has become a fan favorite thanks in large part to her slangy speech and Reed’s motormouthed skills. “I’ve been living with Tamara for almost four years, and I really get her,” Reed says. “And the writers saw I can tackle all these long paragraphs with made-up words they give me to read.” Her favorite? “A big Fail Mary.”

Embrace social media.
“Awkward” was an instant critical darling when it debuted in 2011, and the cast’s adeptness on social media spurred more and more attention, particularly with Webisodes and Web exclusives. “In the beginning, we had always tossed around random ideas of Webisodes and the writers went with that,” Reed says. “And we didn’t know if anyone was going to watch them, or even watch the show! But people really liked them, and I think we owe that to the fact that social media is so big.”

Don’t be afraid of your character going to a dark place.
When “Awkward” returns, besties Jenna and Tamara are on the rocks because Jenna’s finally rebelling and taking what Reed calls a “darker path.” “What we’re trying to do is keep it as real as possible,” she says. “Everyone has that rebellious stage, and we didn’t want to skip over that part of Jenna’s life because that is what people like about that show—that it is relatable.” That being said, Tamara will still be around providing comic relief; she and boyfriend Jake compete in an upcoming episode and as Reed says, “Without saying too much, it involves a lot of glitter!”