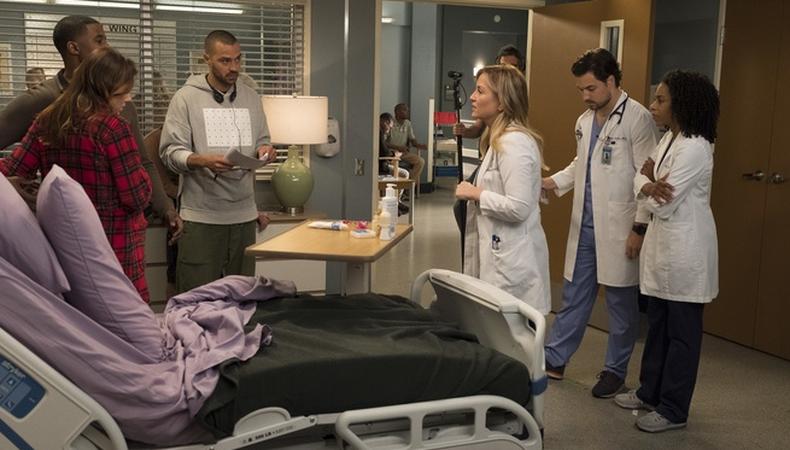 If you have ever read a line in a script and wondered if your input is welcome, the answer might not be so straightforward as yes or no. Backstage spoke with “Grey’s Anatomy” staff writer Kiley Donovan to find out when and how to navigate the potential minefield of suggesting a change in the script.

While the interaction between writers and actors varies greatly depending on the project, “Grey’s Anatomy” is written and filmed in Los Angeles, and the writers are on set and collaborating with the entire team for every episode. Once an episode is written, input into the script starts at the table read—with the entire cast. At the table read, the writers take notes on any questions and concerns that arise. Following the table read, all questions and concerns are discussed, and that might lead to re-writes or adjustments to address any issues. One goal of the table read is to have these questions or concerns handled before arriving on set, Donovan says.

If you find yourself at a table read or perusing a script and you come across a line that sticks out as one you would like to consult the writers about, here are a few questions to help guide your next steps:

Are you a series regular?
If yes, go ahead and say something.

Does the line offend you or a community of people you are part of?
If yes, say something.

Are you on set?
If yes, think twice.

Is this a deal breaker?
If yes, you might want to say something, but also be willing to walk away if you do. Many showrunners will simply re-cast the role if the actor has an issue.

When you do pursue a line change, how you do it matters. If you decide that you absolutely must say something, the best way to suggest a change is through a private conversation, perhaps even starting with your agent (if you have one). He or she will know the right person to talk to first. No matter who you go to as your sounding board, the showrunner will be the one who ultimately decides if the issue is worth bringing to the writers.

The reality is, there is a show to shoot and as a guest star or co-star, the best practice is to not question your lines unless they are really offensive to you or your community, Donovan says. But she is clear that challenging lines in a script and character analysis “It is fine to ask questions about your character or story, but it is typically not well received if you are giving notes on the writing,” she cautions.

Timing is everything. “Questions to clarify are always welcome on set during rehearsal, but asking questions is different from asking for changes,” Donovan says, noting that she appreciates an actor who wants to get their character right.

Professionalism is key, whether it concerns the project at hand or roles you might land in the future. “Be prepared and be respectful,” Donovan says. “That is the best way to be asked back or get recommended for other jobs.”