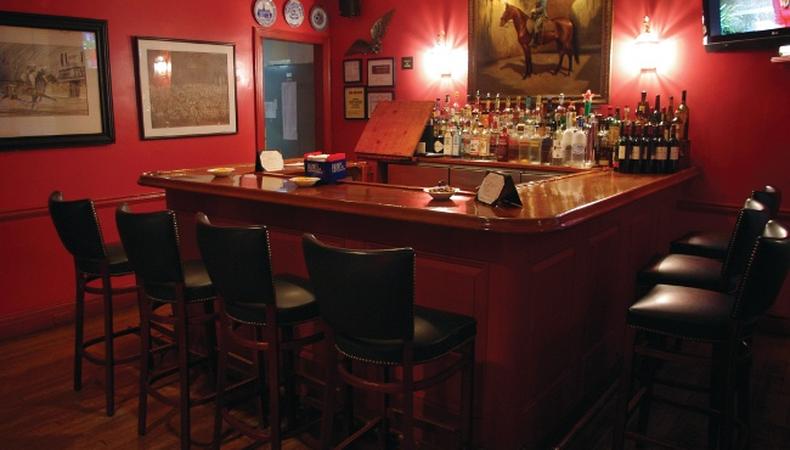 The Lambs were a bunch of actors pretending to be gentlemen, the Players were gentlemen pretending to be actors, and the Friars were neither pretending to be both, goes an old adage about the three infamous theatrical social clubs of New York. Founded in 1874, the Lambs is the oldest of the three—the oldest in the country, in fact. Today it remains a place for show-biz people to gather, connect, support, and inspire each other.

The Lambs of New York was founded as an extension of its London counterpart, established in 1869 by a group of actors who used to visit Charles and Mary Lamb’s house for dinner and theatrical chats. When Charles and Mary died, the actors formed the Lambs to continue the tradition; and when the Brits moved to New York, they re-created the club on American soil.

While the clubhouse has inhabited 14 locations, there’s still a mist of nostalgia at its current home on West 51st Street. “I fell in love with the place,” member Rene Foss told Backstage. “There’s a real quaintness about it.” Foss first joined in the early 1990s, along with another woman, to work on their club act in front of an audience of theater veterans. “Artists need to have a place to work and connect and present things and experiment,” said Foss. “That’s how I got my guts to perform in New York.”

From its rehearsal rooms to its small, makeshift black box to its weekly “Low Jinks” cabarets in the pub, the clubhouse provides members with space to hone their craft privately or in front of an audience. Marc Baron, current Shepherd (president), argues that the club provides even more for younger members. “Our membership tends to sway older, but the advantages for a younger person, besides just hanging out with older professionals, are many,” he said.

“A lot of [aspiring actors] can’t afford to live in Manhattan; they’re living way, way uptown or in Astoria or Jersey,” Baron noted. “They have a place to kill time and they don’t have to go to Starbucks. They come to their club.” In fact, members are encouraged to keep a file of headshots and résumés on site so their resources remain in Times Square.

With some of the lowest membership dues in the city ($450 per year for theatrical members and $225 per year for those under 30, plus a one-time initiation fee), the Lambs aims for affordability among new performers and struggling artists. Still, all applicants must be invited to join by a current member before earning an informal interview. “The idea of a social club is about inviting people in that you like, that you trust,” Baron said. “It’s that place where you sit down together and make real connections.” In fact, Alan Jay Lerner and Frederick Loewe, the team behind such iconic productions as “My Fair Lady” and “Brigadoon,” met at the Lambs in 1942.

Truth be told, the Lambs is not the polished gem it once was—more like a lost diamond in the rough. But Baron, having served nine years as Boy (vice president) and now one year into his Shepherdom, is confident that it can return to the elite, diverse society it once was. “The tradition gives you your foundation to build from,” he said, “but we need to keep evolving. I’d like to see it as a place for people to start creating together. I’d like to see the next ‘Brigadoon’ come out of the Lambs.” It certainly has potential.