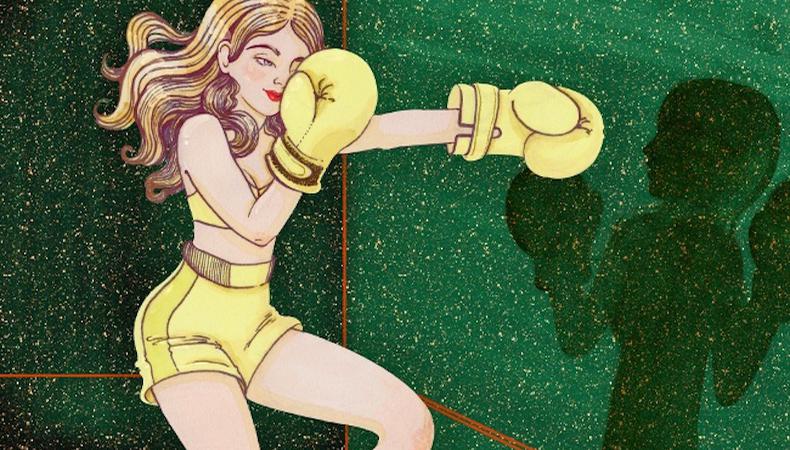 Things for you have become more about the endgame than enjoying the journey. You’ve stopped playing and started stressing. Why? You began acting at 13 years old because you felt a pull to do it. Then you started worrying about booking jobs, being perfect, and being off-book for every single audition. You became a serious shell of your once wide-eyed self.

Look around. Try to enjoy the process rather than agonizing over getting that audition, stressing out at the audition, and then self-doubting when you book it—it’s exhausting. Trust yourself. Stop thinking that you fooled them. You got the job. Celebrate! That’s the biggest thing I wish for you: to actually take a moment to be proud of yourself.

I know you think that everything you do has to somehow include progressing your career—that if you book that vacation, for example, you’ll miss out on a huge opportunity; that if you are in a relationship, you aren’t putting 100 percent of your focus on your craft. I know you are terrified that you will let everyone down. You’re putting too much pressure on yourself.

So many actors fear they need to be available 24/7 or they’ll miss out. You’ll get to my age and realize there were so many moments you could have enjoyed had you not been so afraid. Be free. Forget your lines and start over. No one is counting how many days go by where you are word-perfect; there is no award for that.

READ: 5 Things That Won’t Book You the Job

Some more hard-earned insights: You’re going to want to quit. At least once a year. That’s normal. It means you still care.

Put a bit of yourself into every role, every audition; no one else has that, so why compare yourself to anyone?

You can hold your sides in your hand during auditions. You don’t have to show some sort of false confidence in the room. In fact, more often than not, they want to see vulnerability—a real, unpolished human being. Holding the sides shows them you are open to change. Surprise them.

You’re going to have a lot of downtime. That’s the business. Don’t let it freak you out. Use this time to experience the world. Everything you experience can be used in your craft.

Being a girl in this business can be tough. Support other girls around you.

Go forward. Fall down and smile ear to ear because that’s life. We never stop learning. It’s not perfect, and that’s what makes it amazing.

Your Wiser, Unpolished, Smiling-Ear-to-Ear, Older Self (with your future adopted dog sitting beside you)

Vandervoort got her first break on the Canadian TV series “Instant Star” before moving into the U.S. market with ABC’s “V” and later “Smallville” on the CW. Now she’s starring in the latest horror thriller from the Spierig brothers, “Jigsaw.” The film hits theaters Oct. 27.

For more advice from your fellow actors, check out the Backstage Community forums!