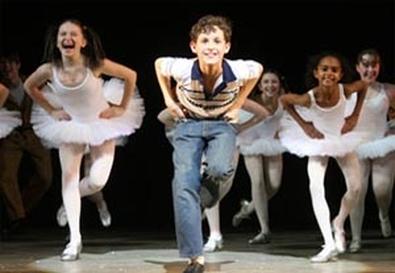 Photo Source: Getty Images
The Drama League joined the conga line to honor Billy Elliot, presenting the musical with its award for distinguished musical. The show, based on the 2000 film about an aspiring ballet dancer, has won similar citations from the New York Drama Critics Circle and the Outer Critics Circle.

The League was founded in 1916 as an association of theatre professionals and patrons and has developed into a premiere service organization. The first Drama League Award was presented to Katharine Cornell ion 1935.